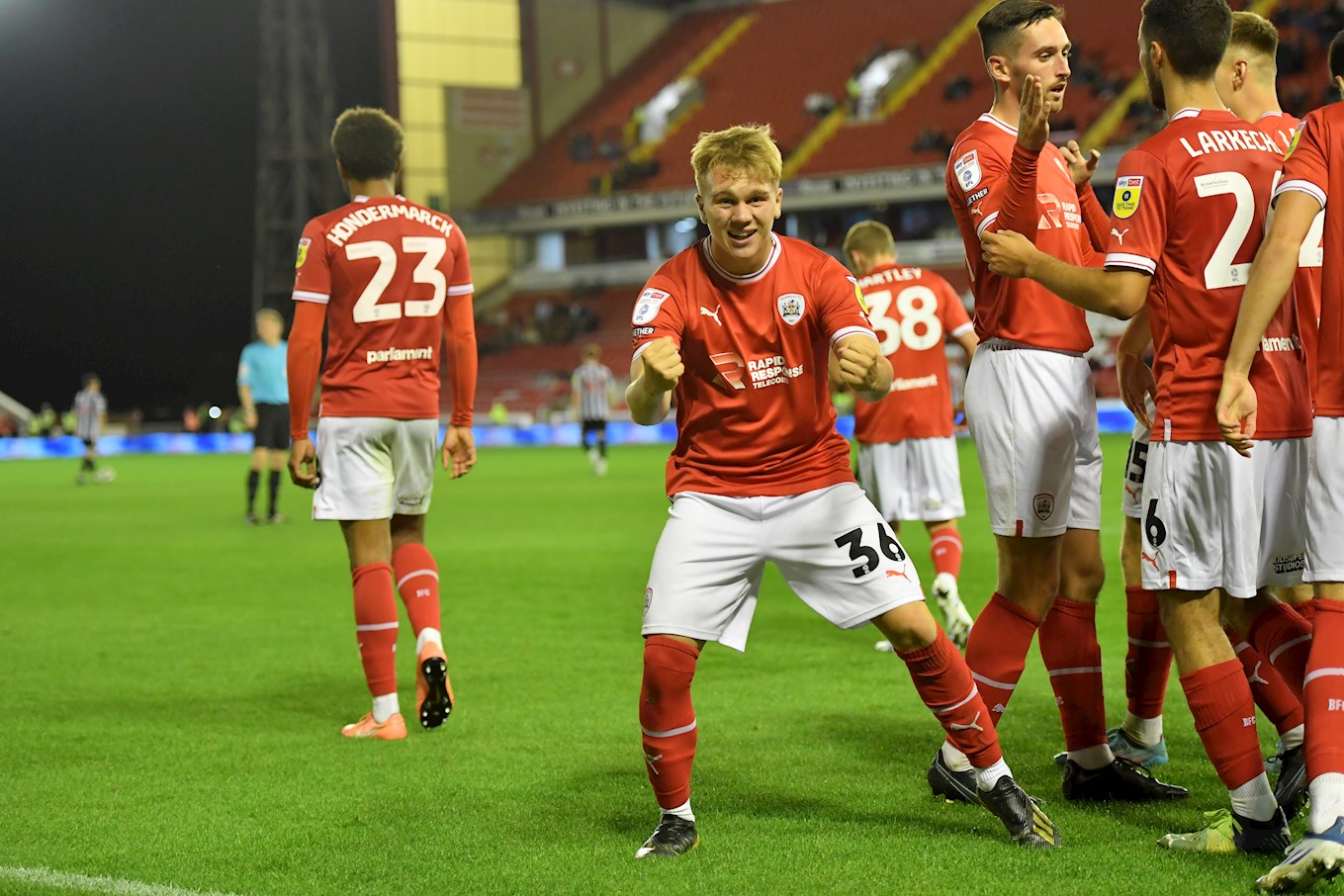 
Our U21 striker made his professional debut in the Oakwell spotlight in our 2-0 win over Newcastle United U21 in the Papa John’s Trophy and opened the scoring on Tuesday night.

The teams were tied 0-0 before Butterfill was introduced in the 71st minute, replacing Fabio Jalo in the lead. It took just seven minutes for the striker to make an impact, marking his professional debut.

If you were to ask for the best script when you debuted, it wouldn’t have been too far off from Jack’s experience. He accepted.

“It was great, I couldn’t have asked for more,“He was beaming. “Go, make my debut and score the goal. It’s unbelievable for me to keep going, not to mention the goal.”

Excitement began to set in for our Shropshire-born striker when the call came from the bench for his services.

Watching the game from the touchline, Butterfill could sense the opportunities coming up and believed he could make an impact.

“James said “three minutes and you’re coming”, so I was preparing for that. When I arrived I just tried to do what I could.

“I knew we had quite a few chances. So I thought I could come in and bury one for the team.”

Despite injuries and setbacks in the game, the 21-year-old praised the team for how they coped with the situation in the game.

“I thought we were great“, he explained. “When we had cramps and injuries, I thought we adapted really well.

“The formation changes at the back. Just trying to adapt and stick to the game plan, game management really.”