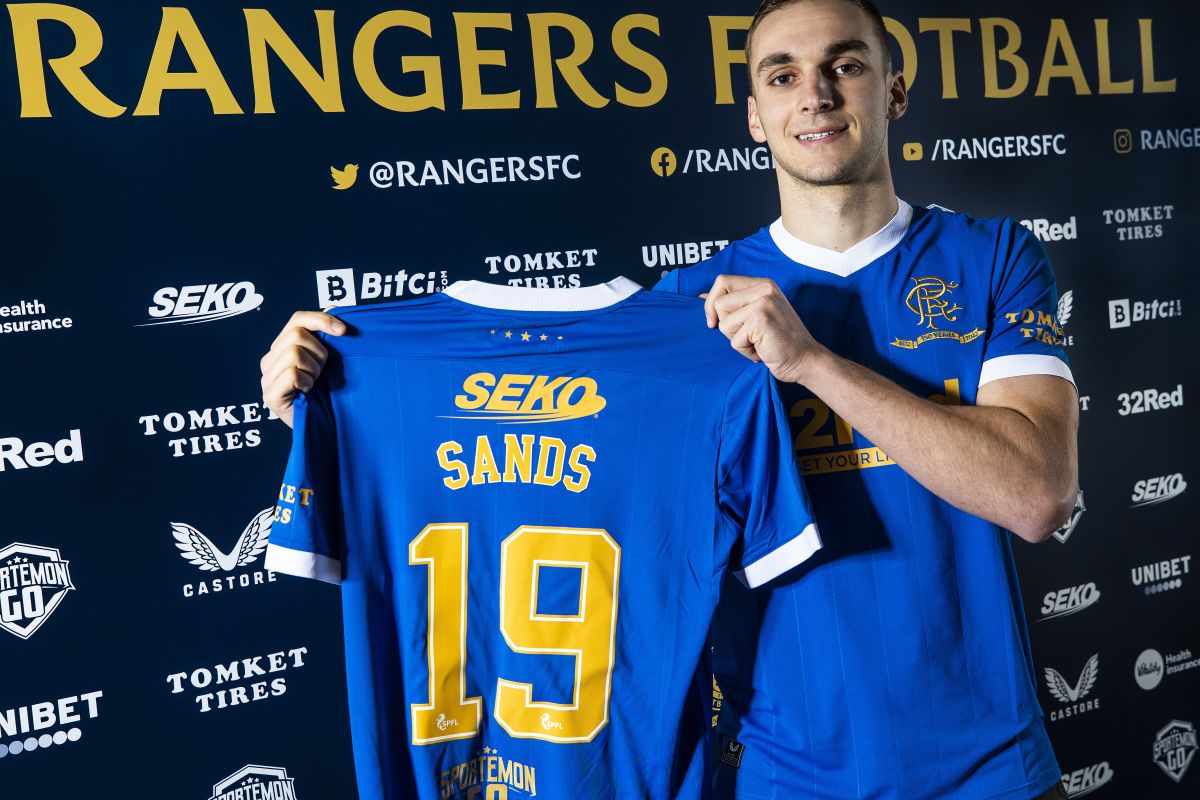 The RANGERS are today delighted to announce the signing of US international James Sands from New York City FC on an initial 18-month loan agreement subject to a work permit and international clearance. The Rangers have an exclusive purchase option.

The 21-year-old arrives in Glasgow as the winner, having made the MLS playoffs last season, which saw NYCFC beat Portland Timbers to win the MLS Cup for the first time in its history.

Indeed, he was named “Young Player of the Season” for the NYCFC last season, having been the first designated “house” player for the club which was formed in 2013.

Sands has also already been selected seven times by the United States and played his part in their CONCACAF Gold Cup success this summer, including playing their final 1-0 victory over Mexico in full.

A versatile player, Sands can play in midfield and defense, and arrives in Glasgow ready to further strengthen Giovanni van Bronckhorst’s Rangers side.

He becomes the last American player to join the Gers and follows in the footsteps of Claudio Reyna, Maurice Edu and Carlos Bocanegra wearing both stars and stripes and light blue.

Manager of the Rangers, Giovanni van Bronckhorst commented: â€œJames has been a player that I have known for quite some time. His versatility was a big draw and I was impressed with his attitude and mentality in the games I have watched recently.

“He is a talented young player with areas of his game that we will strive to develop through our coaching.

“I can’t wait to get him out there and start working with him.”

Sporting Director, Ross Wilson, added: â€œSigning James is a really exciting opportunity for us, and we are all delighted.

â€œWe made an agreement a few weeks ago to have the transfer structured as a loan for this season and next, while we negotiated and secured an exclusive option to buy beyond the initial loan period.

â€œOur scouting team have followed their strong evolution over the season with the MLS champions New York and we have identified a lot of potential in James. Gio has taken a close look at what he can bring to Rangers and I know that by working with the manager and our staff, James will further develop his game here.

â€œAlong with his qualities on the ball, his versatility and his tactical understanding, we also know that James is a bright character, a positive personality and despite his young age already shows impressive leadership qualities.

â€œNaturally we faced some competition from some excellent European clubs to sign James. I am delighted that he shares our belief that Rangers are the next step in his exciting journey.

“Finally, I thank David Lee of New York City FC for his help in making this deal happen.”

â€œIt’s an incredible opportunity for me to join a club with such a winning history and a global fan base.

â€œIn addition, I look forward to joining an ambitious and talented group of players and coaches. I’m sure the Rangers will take me forward both as a player and as a person.

â€œI also want to thank NYCFC for the role they have played in my development so far. I have received and continue to receive incredible support from everyone involved in the club.