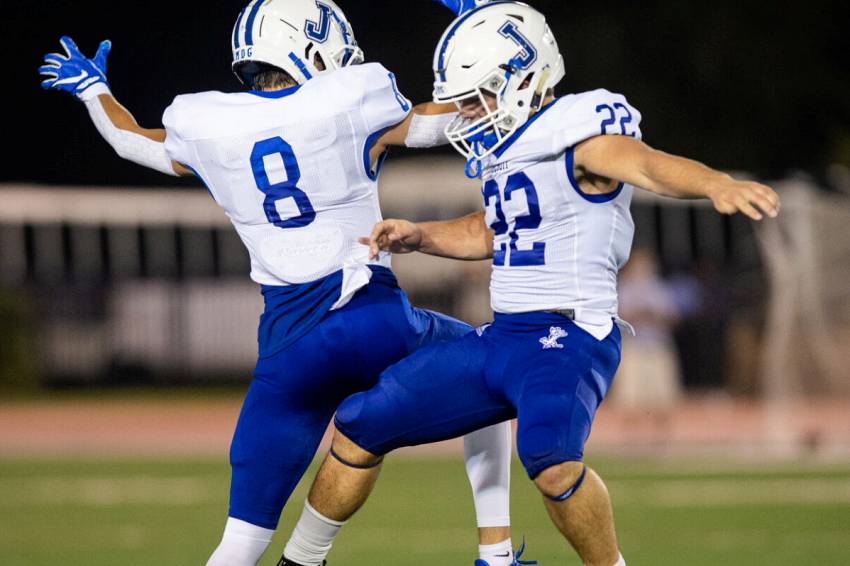 The Division I State Championship game featuring the undefeated No. 2 Jesuits vs. Catholic seed Baton Rouge will be broadcast live on NASH ICON, 106.1 FM and the global web at www. nashfm1061.com Saturday night from Yulman Stadium.

The Blue Jays (10-0) beat District 9-5A rivals John Curtis Christian (14-13) and Brother Martin (28-10) in the playoffs. Jesuit is looking for his ninth state championship overall and his first since winning Division I in 2013.

The Blue Jays are led by senior quarterback Jack Larriviere, who completed 74 of 106 passes for 1,749 yards and 20 touchdowns with just three interceptions and he ran for 764 yards and 13 touchdowns. Senior wide receiver Jace Larsen has 26 catches for 654 yards and 16 touchdowns. Junior running back Jaron Duplessis had 675 yards and three goals. Defensively, defensive lineman Andrew Besh leads the way with seven sacks and two fumble recoveries.

The Bears (11-1) are in the Division I state championship game for the fifth consecutive year, having won it all in 2015. Catholic also won the field title in 2017 and 2020, but had to cancel both championships due to LHSAA infractions.

Catholic has a huge offensive line, led by LSU senior clerk Emery Jones, while running backs Corey Singleton and Tae Nicholas are outstanding. Singleton, an Army engagement, ran for 1,030 yards and 13 touchdowns while Nicholas ran for 1,101 yards and 20 scores. Junior wide wide receiver Shelton Sampson has a plethora of offers, including from LSU and Alabama. Sampson has 36 catches for 901 yards and eight touchdowns. Defensive end Jermaine Vessel has 15 tackles to lose.