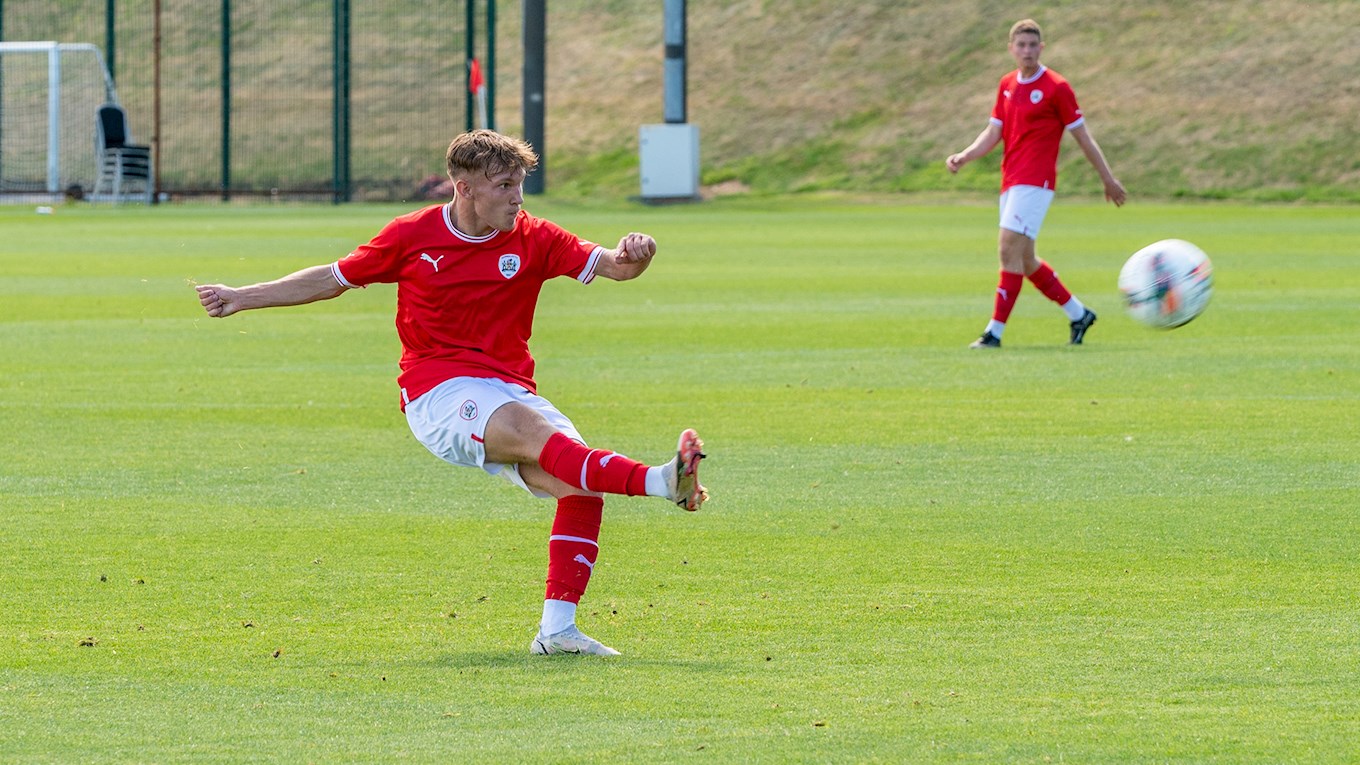 
Our U18s are back in action at the Oakwell training ground as they entertain Swansea City on Saturday morning, kick off at 11am.

However, fullback Josh McKay aims to use that disappointment as motivation and a springboard to succeed in this campaign.

“Above all, we want to win” he asserted. “Swansea was the first game of the season last time; we dominated and should have won the game, but we didn’t, so we want revenge. Obviously we want to start the season well and make sure we get a win.”

The pre-season has been productive for the U18s, who have achieved many positive results while returning to fitness.

Morale is high within the camp and McKay urges his teammates to continue their fine form in the matches that matter.

“Everything was on a roll – we didn’t lose a game – and we also beat Forest; they faced seven of the lads who were in the FA Youth Cup final so it was a major test and we absolutely crushed them,” He continued.

“It was a really good game, and it gave the team confidence and momentum, so hopefully we can take all those pre-season wins and carry them into the season. I think that if we do, we should do well this season.

The goals have flown in the summer for our youngsters, with Josiah Dyer, Emmaisa Nzondo and Mylan Benjamin particularly attracting attention, while McKay and opposite winger Hayden Pickard have also contributed.

It was thrilling to watch, and fans could see firsthand on the open day the attacking prowess of our U18s as Lincoln City were drawn 5-2.

“Me and Hayden are more attacking and going to put balls in the box, there’s Fab, Mylan and the big Jed up there who are going to attack the ball so I know they’ll be there and I can whip one for them,” McKay said.

“There should be a lot more goals this season and hopefully a lot of goals and assists for me and Hayden.”

Thomson: The team was relentless