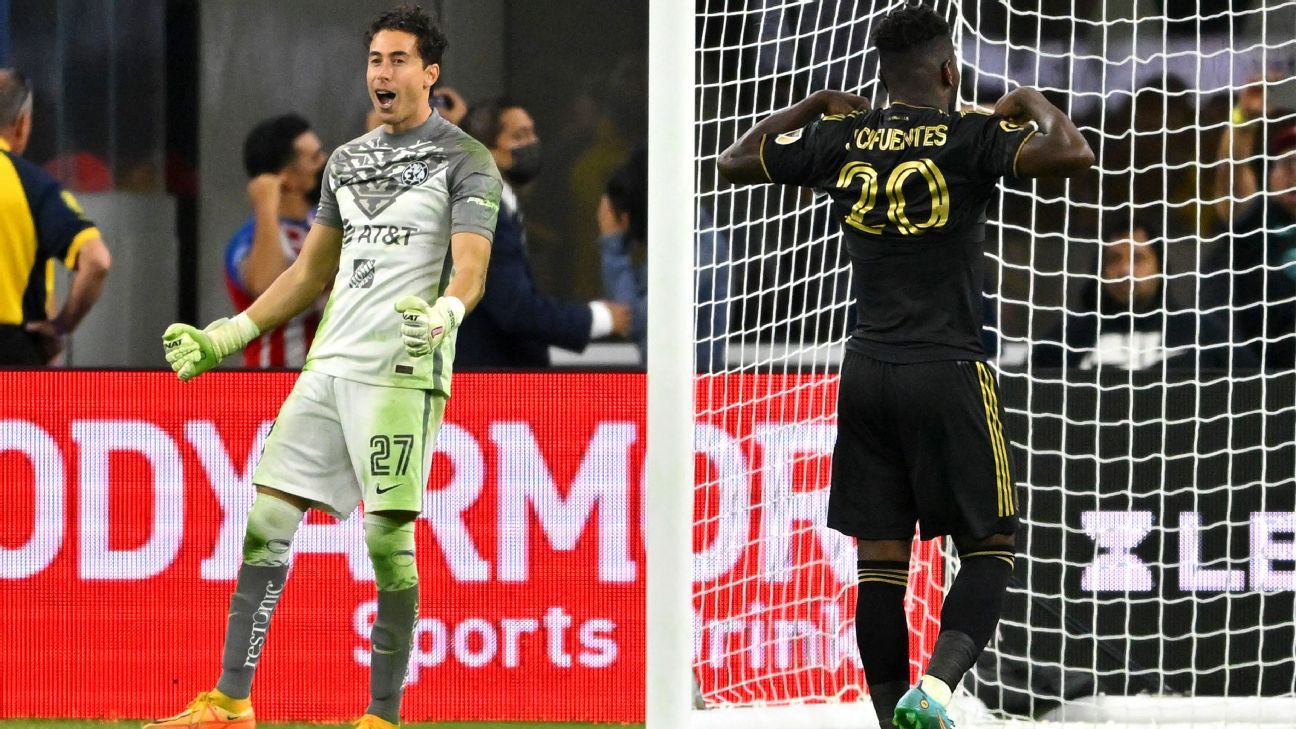 Club America won in a seven-round penalty shootout against LAFC after a 0-0 draw in the final drink of a doubleheader of matches played at SoFi Stadium, which drew 71,189 spectators.

After LA Galaxy beat Chivas de Guadalajara 2-0 earlier, Jose Cifuentes put his kick over the goal and climbed into the stands after Emilio Lara converted his try for America.

Clearly treating the game as exhibition as they lead the Western Conference and are on course to win the Supporters’ Shield for the second time in five seasons, LAFC averted disaster when Mamadou Fall was shown a red card. for a tackle up front. Federico Vinas in the 40th minute reduced to yellow by VAR.

Fall cleared the goal line to prevent Lara’s searing shot from inside the box in the 51st minute.