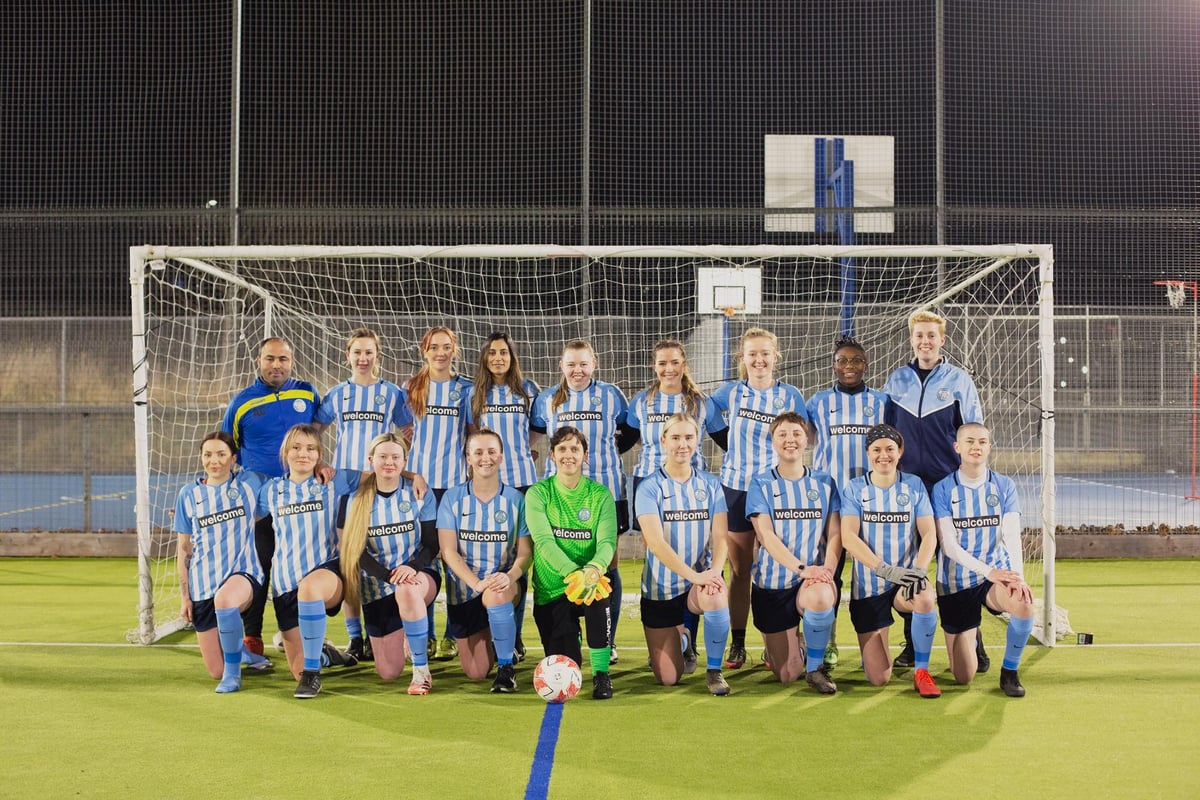 And a Leeds football team will cheer them on – as they praised the lasting impact the tournament has had on women’s football.

The Leeds Hyde Park FC Women’s + team was launched around two years ago when membership of the team was low.

More recently, however, the team has grown “massively”, and club head coach Chloe Marshall says the Euros have sparked greater interest in the sport.

Chloe told the Yorkshire Evening Post: “The biggest thing for me as a coach is people seeing women playing at a high level and that really increases engagement.

“When we started we had around 11 people to a game, but now we have two teams, and there is talk of starting a third.”

Due to the growing popularity of the sport with younger audiences, the LHPFC has also recently launched a junior women’s team.

“We have a lot of young people coming in and it’s really great that they can have these public role models,” Chloe added.

“A lot of girls who come to us have never watched football before.

“They watched men’s football and couldn’t relate, and thought ‘this has nothing to do with the game I play’, but it makes it accessible, people watch and think, ‘I could be like her if I wanted to.”

Chloe also described the contrast between the sport’s current popularity and her experience of women’s football growing up.

She said: “Growing up in Scarborough I had to travel around two hours to play games.

“But now there are local teams, we have more teams and new people coming into the game and it’s really nice to see that.

“If you look back over the years, men’s sport has dominated in general, but women’s sport is now becoming much more important.”

Chloe said the team had high hopes for the England squad ahead of tonight’s semi-final against Sweden, and Sunday’s final if they reached it.

“We have to beat the best teams to win, so go for it,” she said.