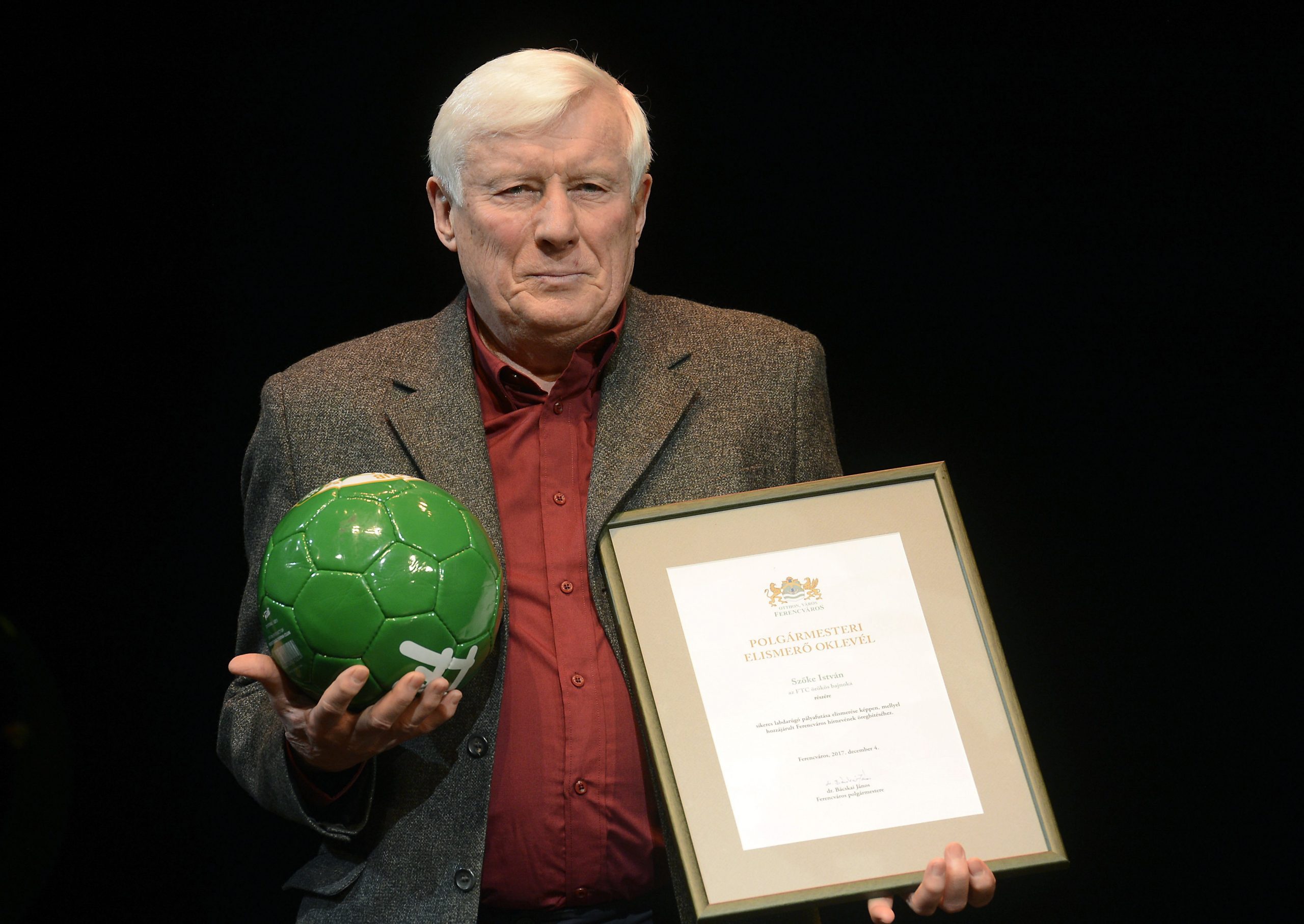 István Szőke was born on Friday February 13, 1947 in Budapest and joined the youth team of Ferencváros (FTC) on his 12th birthday in 1959.

Szőke made his debut for the FTC in 1965 at the age of 18. He played his first game in the top Hungarian football league NB I. against Szeged EAC, and a year later he got his place in the FTC starting lineup. He was a key member of the 1967 club football team, which won the national championship that year, while also defending the Hungarian Cup a year later.

He was an active contributor to the team that won the 1968 Vásárvárosiak Cup silver medal and the team that reached the UEFA Cup semi-finals in 1972.

Under Károly Sós, he first played for the Hungarian national team in the spring of 1969 against Czechoslovakia. He scored his first goal for the national team in a friendly against Yugoslavia in the autumn of 1971. He became a national hero with his goals against Romania in the quarter-finals of the 1972 European Championship – scoring the first goal in Bucharest in a 2-2 draw, and three days later he scored in the 87th minute to send his side into the last four in Belgium.

According to Blikk, the legendary player died of a stroke.