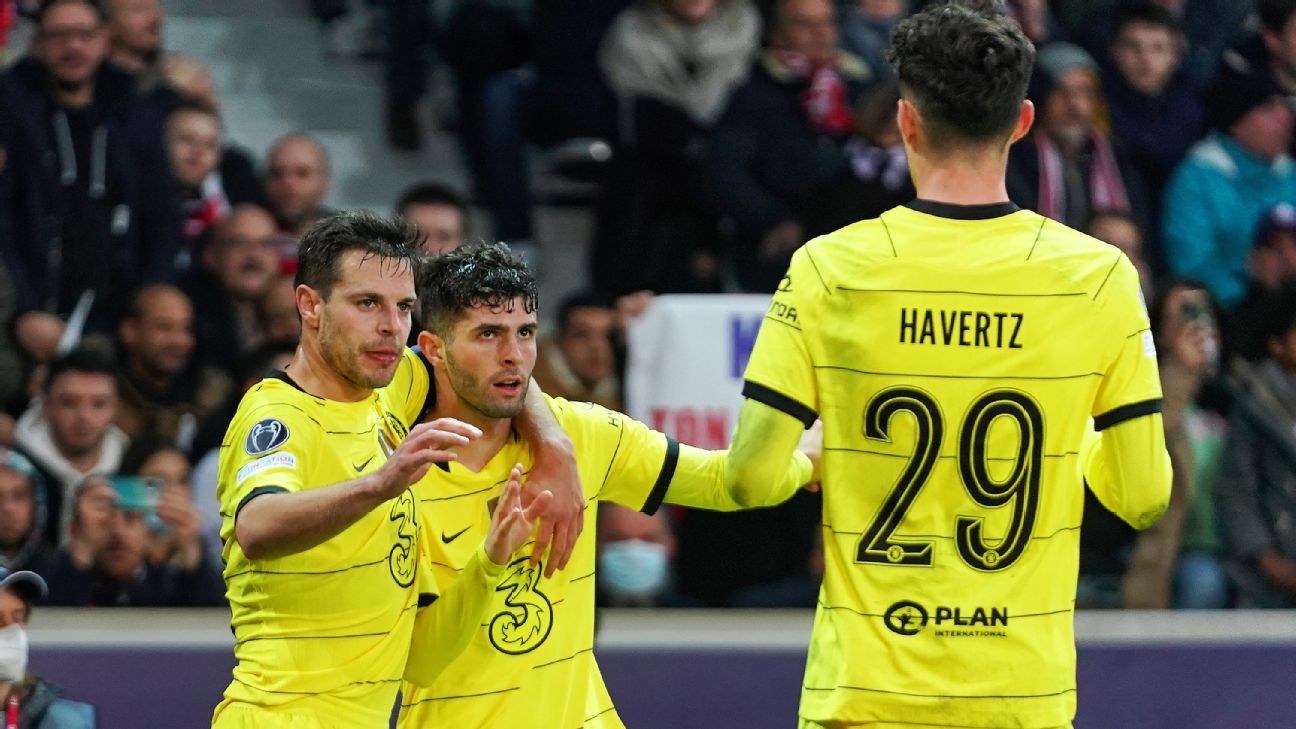 Christian Pulisic scored as Chelsea cruised to a 2-1 win at Lille on Wednesday to progress to the Champions League quarter-finals.

Lille opened the scoring through a 38th-minute Burak Yilmaz penalty to cut their aggregate deficit to 2-1, but Pulisic provided a fine finish on the stroke of half-time to restore Chelsea’s two-goal cushion .

– Olley: Chelsea are producing results while in footballing limbo
– Stream ESPN FC Daily on ESPN+ (US only)
– You don’t have ESPN? Access immediately

Chelsea played the draw amid the potential sale of the club. UEFA had to seek clarification from the European Union on whether the game could go ahead after following the United Kingdom in sanctioning Abramovich on Tuesday.

Lille had made the best start to the match.

Jocelyn Gouvennec’s side put Chelsea on the back foot as Mateo Kovacic, Jorginho and N’Golo Kante struggled to take control of the midfield.

Lille were rewarded in the 38th minute with a penalty following a VAR review after a handball from Jorginho into the box.

Yilmaz, 36, the third-oldest goalscorer in the Champions League Round of 16 after Paolo Maldini and Ryan Giggs, buried the kick into the top corner to give the hosts a deserved lead and high hopes of an upset after losing the first leg 2-0 at Stamford Bridge.

Lille, who had not conceded in their three Ligue 1 appearances since the first leg, however let their guard down and Chelsea punished them with their first shot on target as Pulisic collected a fine through ball from Jorginho for score with a low. shot three minutes into first-half stoppage time.

The goal meant Pulisic tied Javier “Chicharito” Hernandez for the most Champions League goals by a CONCACAF international.

Although they were plagued by injuries which forced Sven Botman and Zeki Celik off the pitch, Lille applied more pressure after the break and Yilmaz wasted two clear chances.

Chelsea were far more ruthless and after 71 minutes Mount’s cross bounced off Azpilicueta’s knee in the top corner to end Lille’s hopes of reaching the quarter-finals.