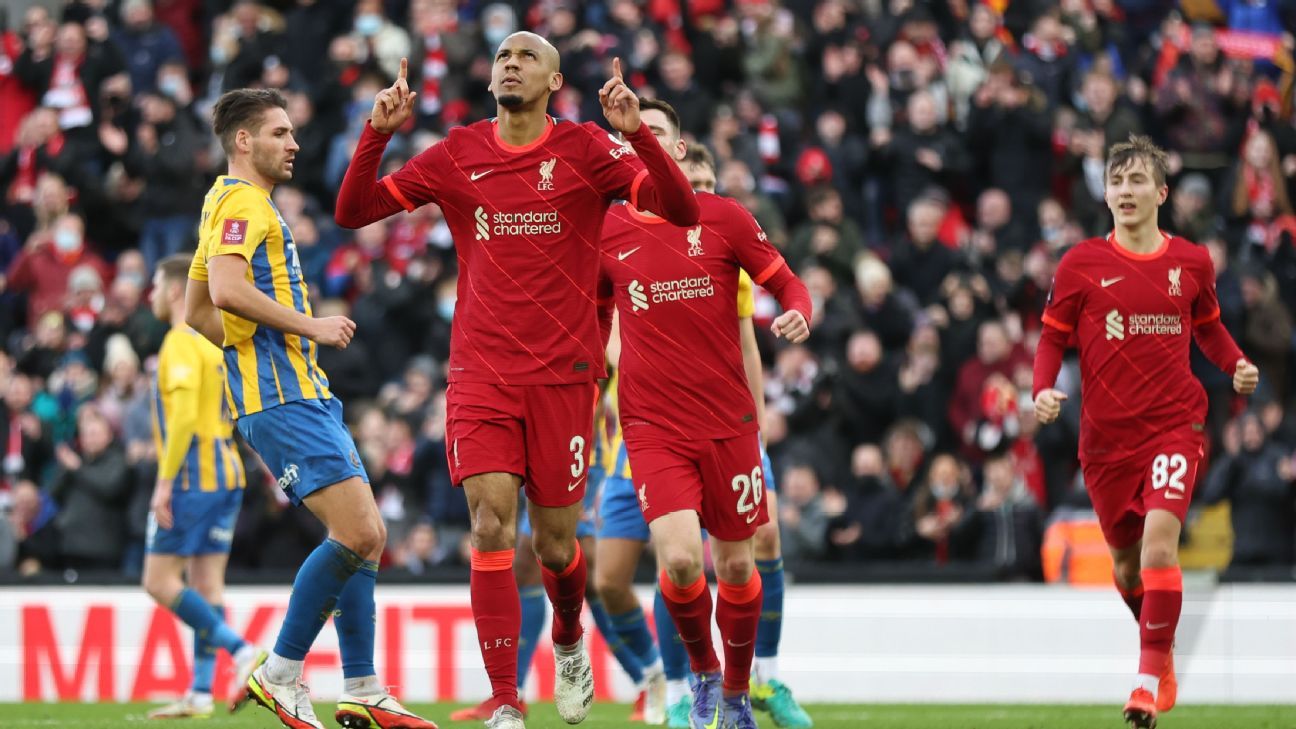 Liverpool came back from a lost goal to win 4-1 over third tier Shrewsbury Town in the FA Cup third round on Sunday (stream some games on ESPN + in the US).

Shrewsbury’s Daniel Udoh put the visitors ahead in the 27th minute after slipping Nathanael Ogbeta’s cross to score from close range, but Liverpool winger Gordon found the equalizer seven minutes later with a calm finish.

Brazil international Fabinho scored a penalty before half-time, sending Shrewsbury goalkeeper Marko Marosi the wrong way, before Firmino added the third in the 78th minute with a brilliant back heel kick from close range.

Fabinho completed his brace in the 93rd minute, sending the ball into the roof of the net from a tight angle as Liverpool won with manager Jurgen Klopp back on the sideline following his recovery from COVID-19.

“When you score the first goal against you so many things can happen, but I liked the way we reacted,” said Klopp.

â€œIt was a brilliant goal from Kaide Gordon. He was really calm and collected. His main strength is his finish.

â€œAll the credit to our Academy for producing these boys, but we had no other training available to us.

“We had five young players there. They all played well. We knew we could play better football and we did the second half.”