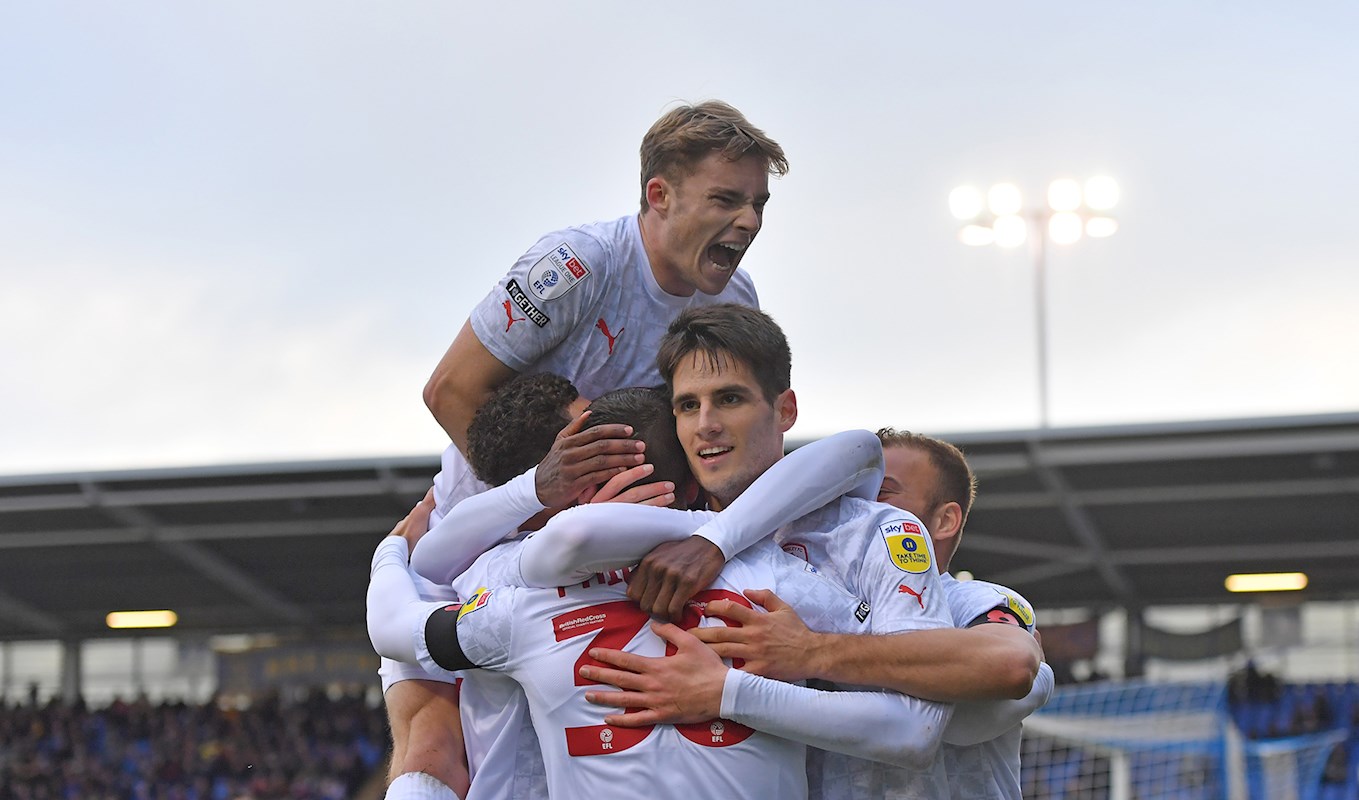 
The midfielder gave his reaction to a hard-fought 1-0 win over the Shrews on Saturday to iFollow Barnsley.

“The match went as we expected” started the 21-year-old. “We knew it would be scrappy and things like that, but the guys dug in and it’s good to go home with the three points.”

The Liverpool-born midfielder has been used primarily as a more defensive player under Michael Duff so far this season.

It’s a position he’s comfortable with, full of praise for the defenders who are positioned behind him on the pitch.

“Anyway you look at it – back three or back five – it’s been strong all season,” he asserted. “We had a tough run where there were four games and five goals conceded with five shots conceded.

“There aren’t many teams running like that. I’m glad we’re on the other side now and we’re just looking to keep more clean sheets.”

Phillips’ opening goal was enough to see the Reds return to South Yorkshire with the three points.

It’s two out of two now for the summer signing, and Connell spoke about Phillips’ strengths and his contribution to the team.

“I think that’s what he brings to the team” he discussed. He’s a great player. He gets stuck, tackles, wins heads. But, he also brings more goals.