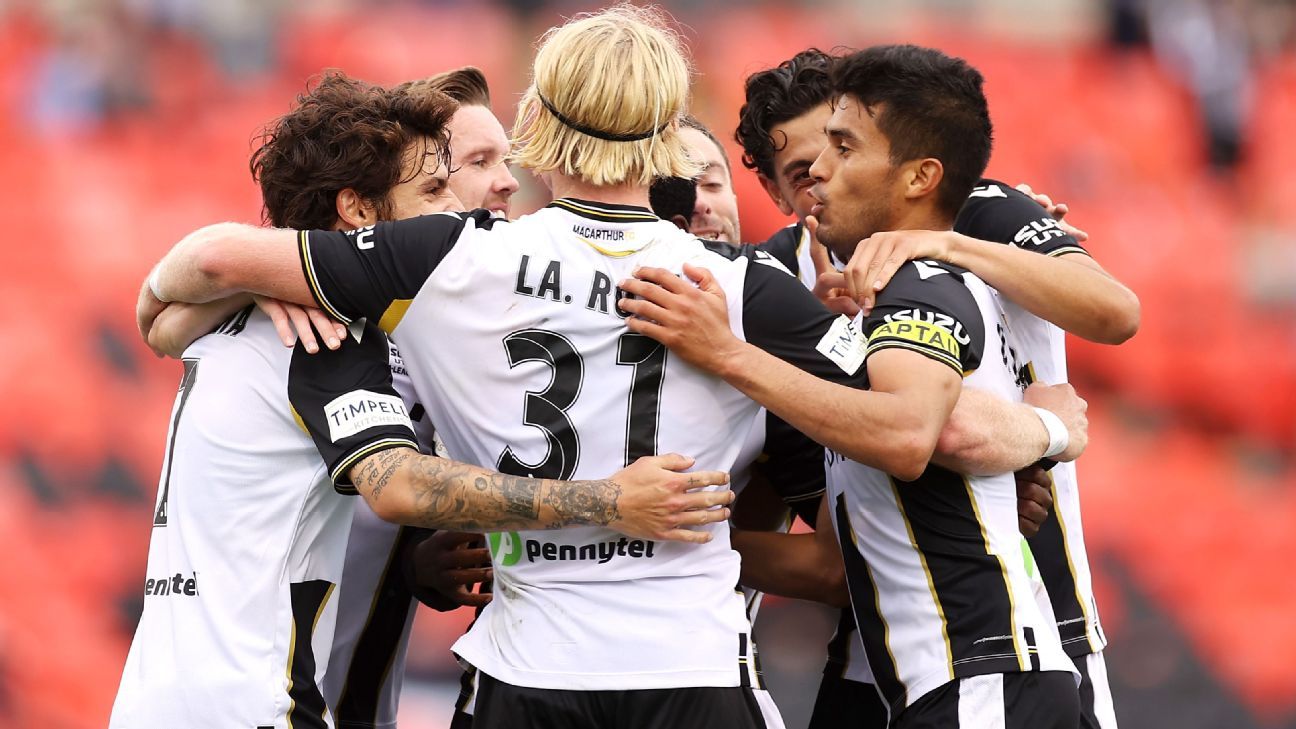 A bad deflection from Central Coast Mariners captain Oliver Bozanic saw Macarthur FC win 1-0 at Panthers Stadium to continue their unbeaten start to the season in the A-League Men.

Bozanic was in the wrong place at the wrong time as Ulises Davila’s shot took off from midfield and hit the back of the Mariners’ net in the 45th minute.

The strike was then considered an own goal and with a clean sheet, Ante Milicic’s side have yet to concede open play this season.

After a tense and frenzied 20-minute opening, the game took a sudden turn when Mariners goaltender Yaren Sozer came to a halt with a suspected hamstring tear. Making his A-League debut in place of Mark Birighitti, who was suspended for an FFA Cup dismissal on Wednesday, Sozer stayed on the ground for treatment before limping from the pitch.

In his place, 17-year-old Lawrence Caruso was called to action. Caruso, who donned the No.50 jersey, didn’t even have a profile on the club’s website after joining the NPL team from the Melbourne City Mariners earlier this year.

But immediate attention came to the other end with Bulls goalie Filip Kurto called into action to deny Marco Urena and Cy Goddard near the end of the first half. Neither could convert and the Bulls quickly made the breakthrough as an emotional Sozer watched from the stands.

Daniel De Silva broke the left flank, leaving Ruon Tongyik in his wake and squared to Davila, whose shot from Bozanic flew into the net at the stroke of half-time.

Urena and Harrison Steele both seized chances in the second half, with Caruso denying Craig Noone, Tomi Juric and Al Hassan Toure to keep the Mariners in the game.

The Central Coast’s best opportunity to find an equalizer came with just over a quarter of an hour to go when Nick Montgomery’s side quickly broke.

The Bulls’ defensive failure led Milicic to throw a billboard in frustration, but Brazilian import Moresche couldn’t get past Kurto who gratefully grabbed the ball after a chaotic stampede in the mouth.