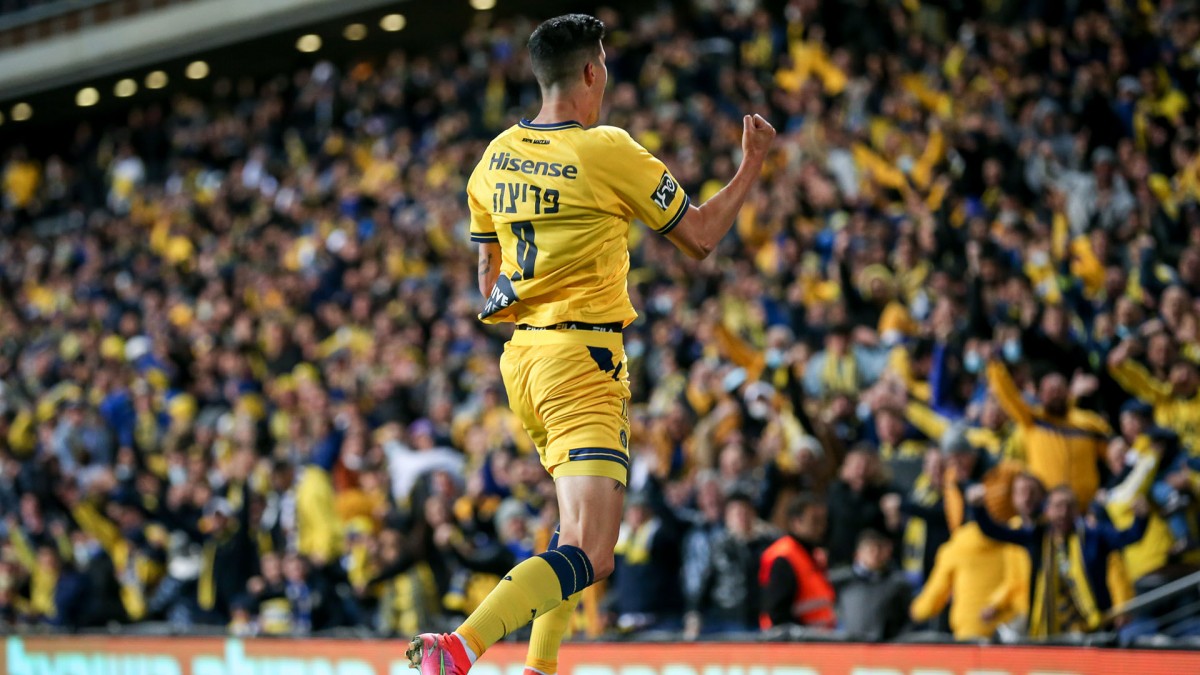 Maccabi Tel Aviv arrived in Netanya for the game against Hapoel Hadera on the final day of the regular season in an effort to put pressure on and close in on second-placed Hapoel Be’ersheva and leaders Maccabi Haifa. With the playoff order determined at the end of this round, another victory for Mladen Krstajic’s side would not only extend their run to seven straight wins, but would also see them move Be’ersheva to second place at least until at Sunday’s league game. in Nof Hagalil.

Krstajic made two changes from the side that beat Beitar Jerusalem as Idan Nachmias, Enric Saborit and Matan Baltaxa lined up as the three central defenders ahead of goalkeeper Daniel Peretz. Tal Ben Chaim and Ofir Davidzada were assigned to the right and left wing roles respectively as Krstajic changed the formation in a bid to add more width to Maccabi’s game. Dan Glazer led the team wearing the captain’s armband with Gabi Kanichowsky and Dan Biton sharing midfield duties. Up front, Krstajic retained his Balkan duo Djordje Jovanovic and Stipe Perica as the partnership of the Serb and Croatian continued to lead Maccabi’s attack.

Josue Sa, returned to the squad after recovering from a muscle injury that sidelined him since the Conference League second leg against PSV Eindhoven. The Portuguese centre-back has joined Matan Hozez, Bradnley Kuwas, Eden Shamir, Sheran Yeini, Avi Rikan, Eyal Golasa and Eylon Almog all waiting for their chance to make an impact.

7,000 Maccabi fans arrived in Netanya, filling the entire East Stand, giving the team the same support they had for three years of historic matches at this venue. The match provided a family midfield derby between Dan Glazer and his younger brother Tamir who is currently on loan at Hadera. 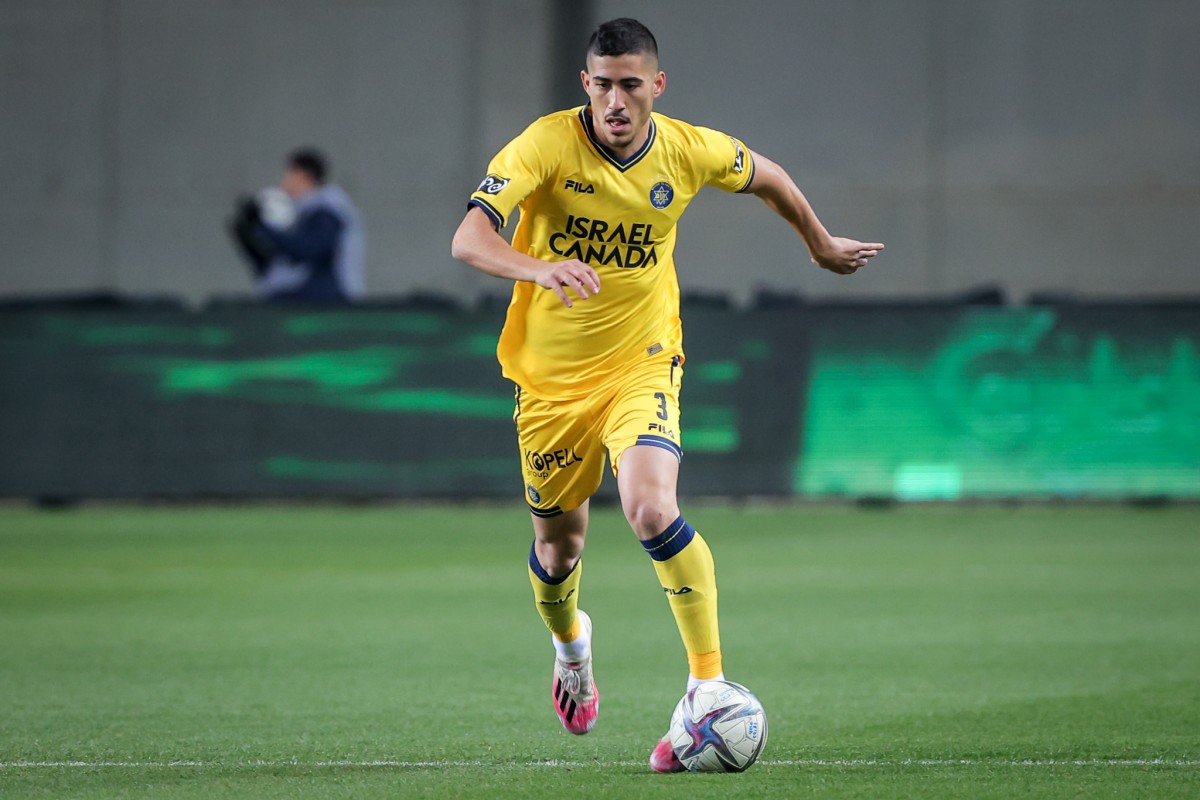 Maccabi created the first chance with seven minutes remaining but Stipe Perica was taken offside. In the 18th minute, Tal Ben Chaim, playing at right-back, found Dan Biton with an accurate cross before his shot landed on Perica who flicked the ball past Adi Tabechnik. But the Croatian celebrations were cut short as referee Idan Leiba ruled the goal for offside.

In the 27th minute, Menashe Zalka came through behind the Maccabi defense and received a ball in a glorious position to score, but Daniel Peretz made a superb double save to deny Hadera captain and striker Shoval Gozlan’s effort.

Three minutes into the half hour mark the stalemate was finally broken when Gabi Kanichowsky released Perica whose shot was saved by Adi Tabechnik before Jovanovic pounced on the rebound and with the goal at his mercy fired the first game. 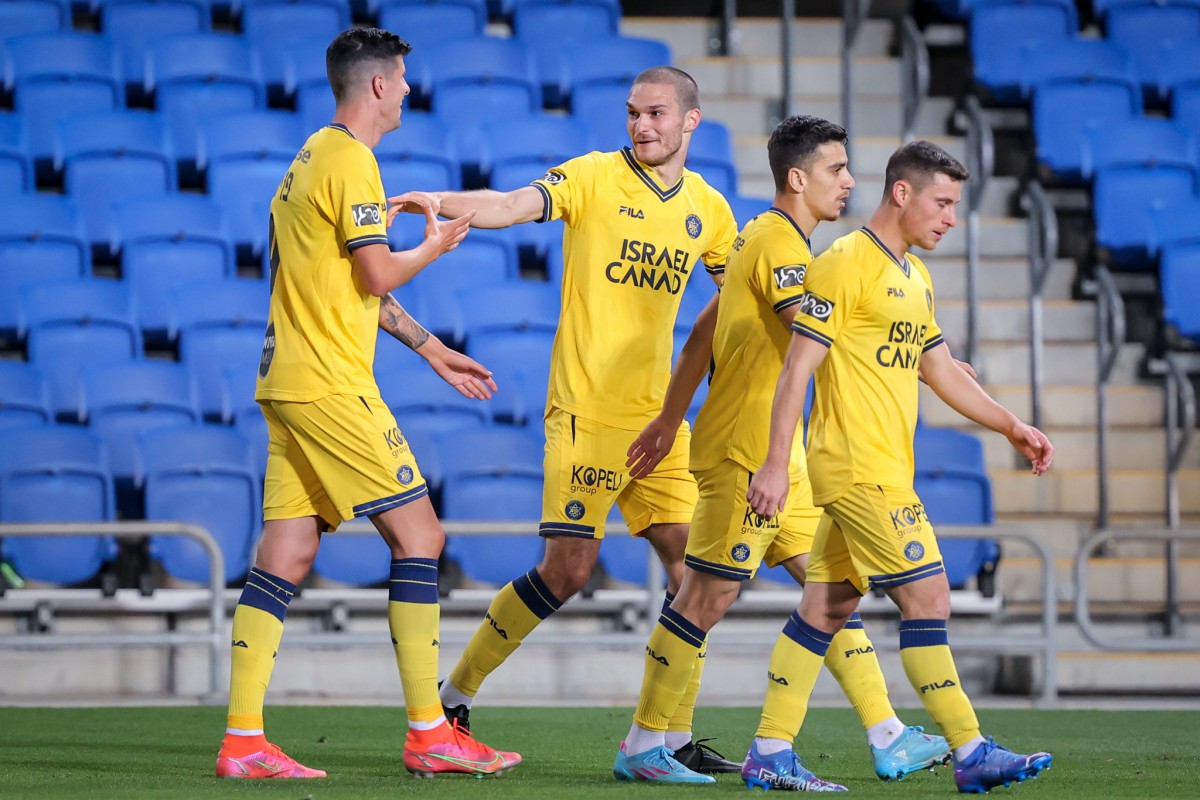 Maccabi doubled their lead three minutes later as an Idan Nachmias sent a long ball over the Hadera defense into Jovanovic’s path. The 23-year-old Serbian striker, who had just scored his sixth league goal, turned provider as he fed the ball to Perica who lifted the ball over a defender before blasting Maccabi’s second. 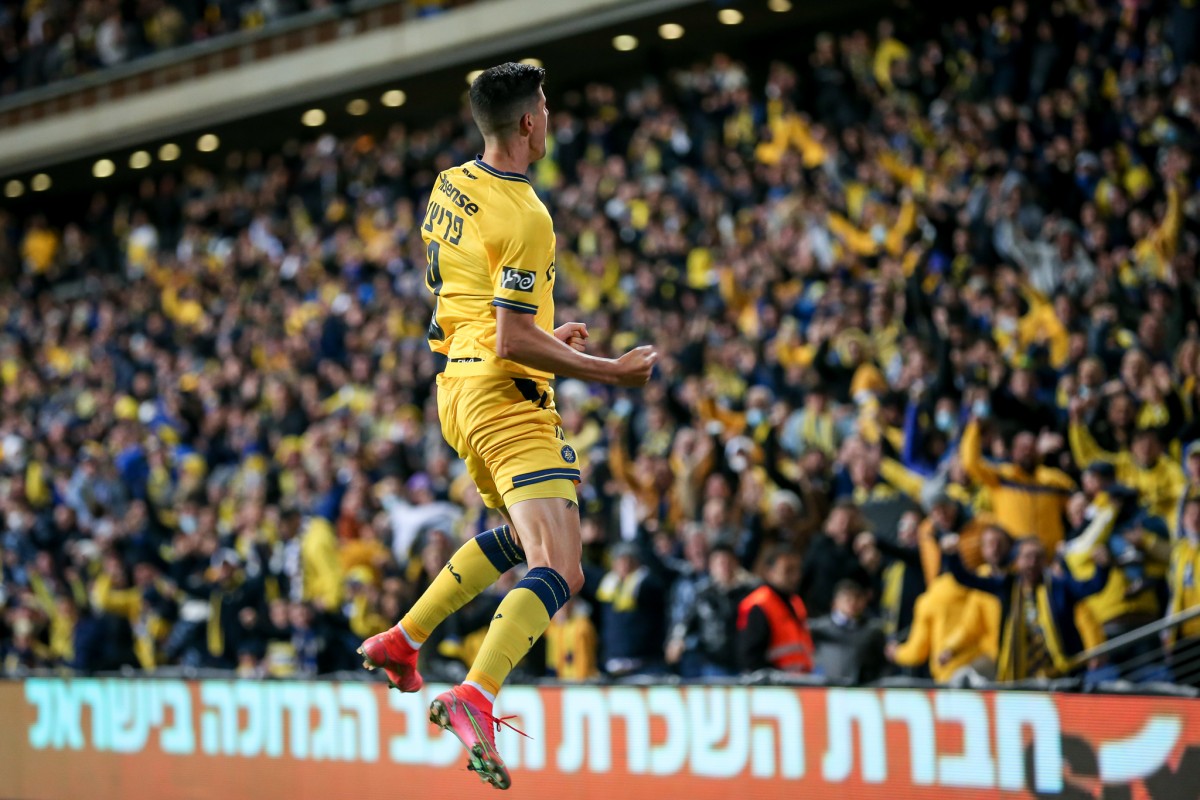 Jovanovic should have scored Maccabi’s third from 41 as Ofir Davidzada’s precise cross left him with what looked like an easy tap-in. But Jovanovic missed his shot which managed to clear the crossbar. In the final move of the first half, Biton sent a left-footed shot that slid past the wrong side of Tacechnik’s post

While Mladen Krstajic made no changes to Maccabi’s roster, his counterpart Menachem Koretzki introduced Ron Unger for Dia Lababidi on the restart. A spectacular team effort which involved no less than six players in the 51st minute resulted in a cross from Ben Chaim which Perica failed to connect.

Hadera came close in the 64th as Unger crossed from the right and Shoval Gozlan was cleared to send a header that sailed away from Peretz’s post. In the 72nd minute, Enric Saborit sent Jovanovic into the box but the young forward went through Tabechnik’s goal. Seconds later, Krstajic made his first change introducing both Avi Rikan and Sheran Yeini for Biton and Davidzada. 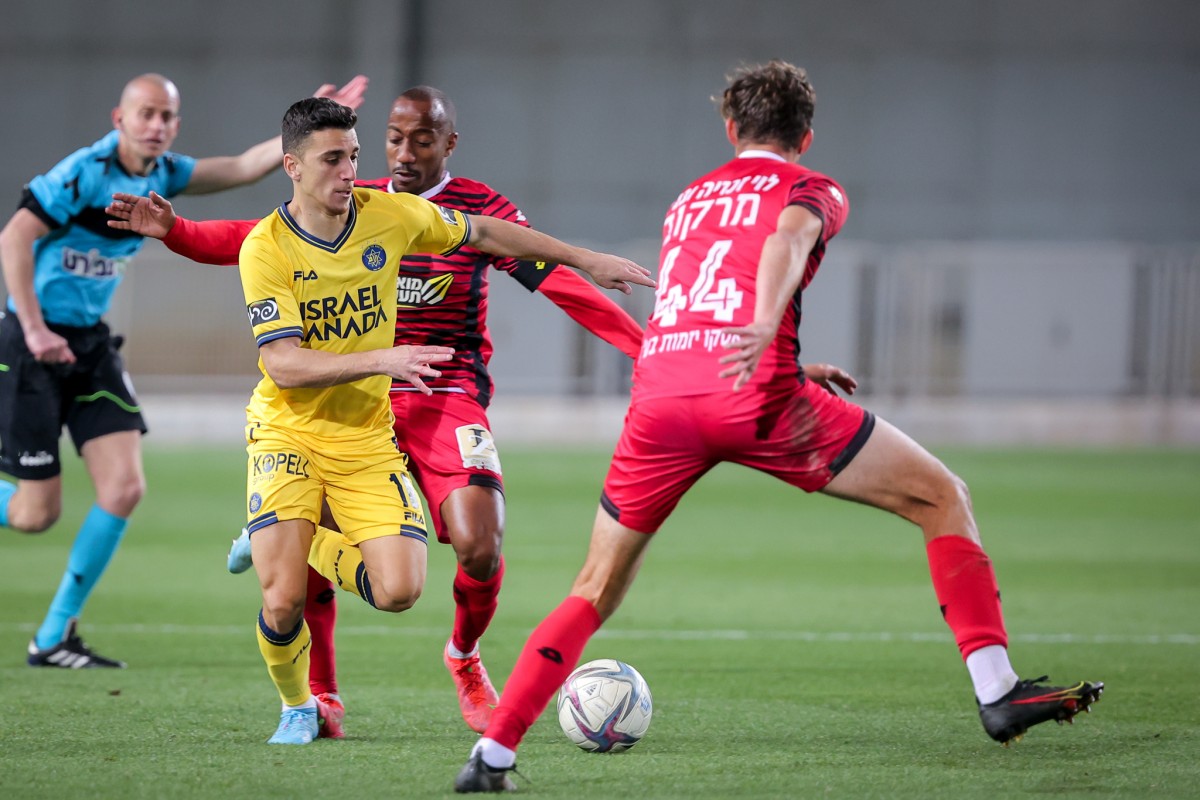 Krstajic made another double substitution as Perica and Ben Chaim retired to a standing ovation and were replaced in the 83 by Matan Hozez and Brandley Kuwas. Eyal Golasa replaced Kanichowsky in the 86th minute as Krstajic made his fifth and final substitution. In injury time, Rikan had a chance to get his name on the scoresheet, but the veteran midfielder sent his effort from close range wide of the post.