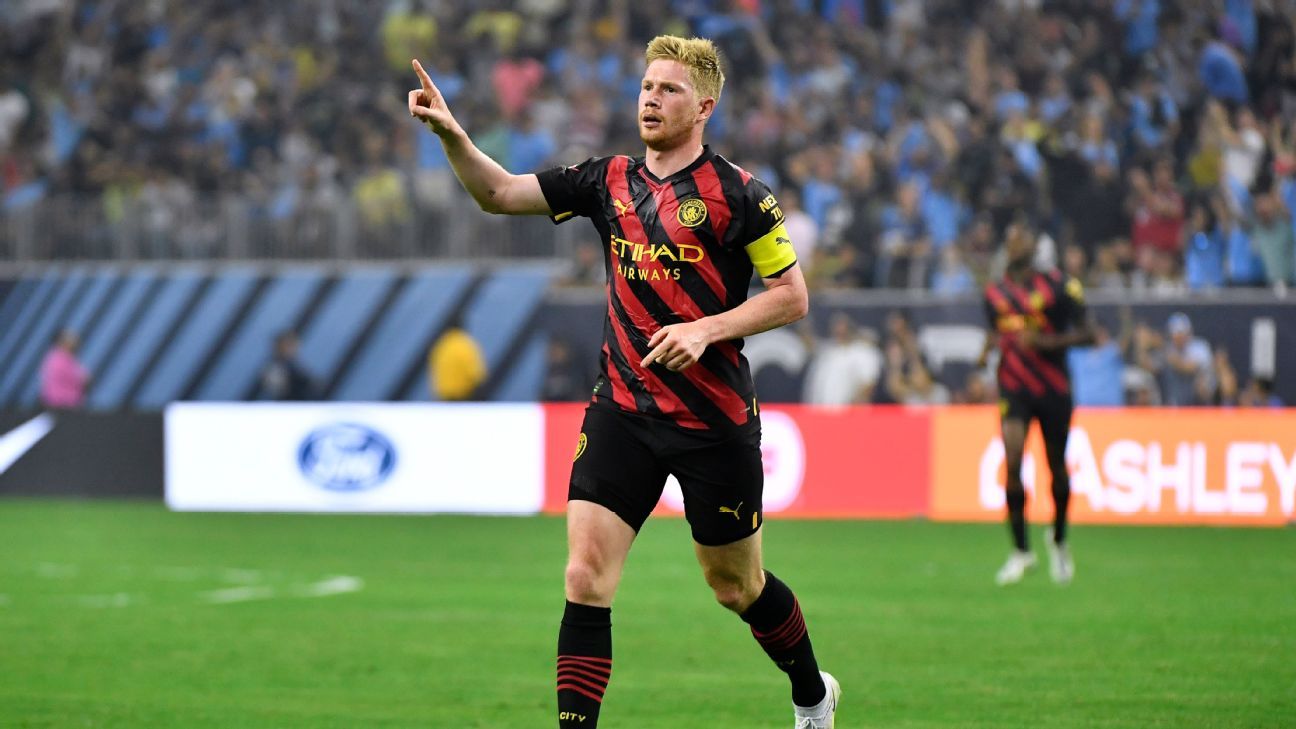 Manchester City kicked off their US tour with a 2-1 win over Club America on Wednesday in Houston.

All goals were scored in the first half at NRG Stadium. De Bruyne opened the scoring for the Premier League champions with a superb curling shot from outside the box on the half-hour mark. America leveled after striker Henry Martin beat Ortega and De Bruyne sealed the victory before half-time with a clinical finish from an assist from Riyad Mahrez.

Phillips, who signed for £42m from Leeds, made his debut after coming off the bench to start the second half as a centre-back.

Alvarez was in the starting line-up and showed some skills as a mobile centre-forward and some good relationship with De Bruyne. The Argentinian striker was replaced in the 71st minute by 19-year-old Liam Delap.

Man City’s next pre-season match will be against Bayern Munich at the iconic Lambau Field in Green Bay, Wisconsin on Saturday (watch live at 7 p.m. ET on ESPN).

Haaland, who has played the last three seasons with Borussia Dortmund, could make his City debut against their former Bundesliga rivals.