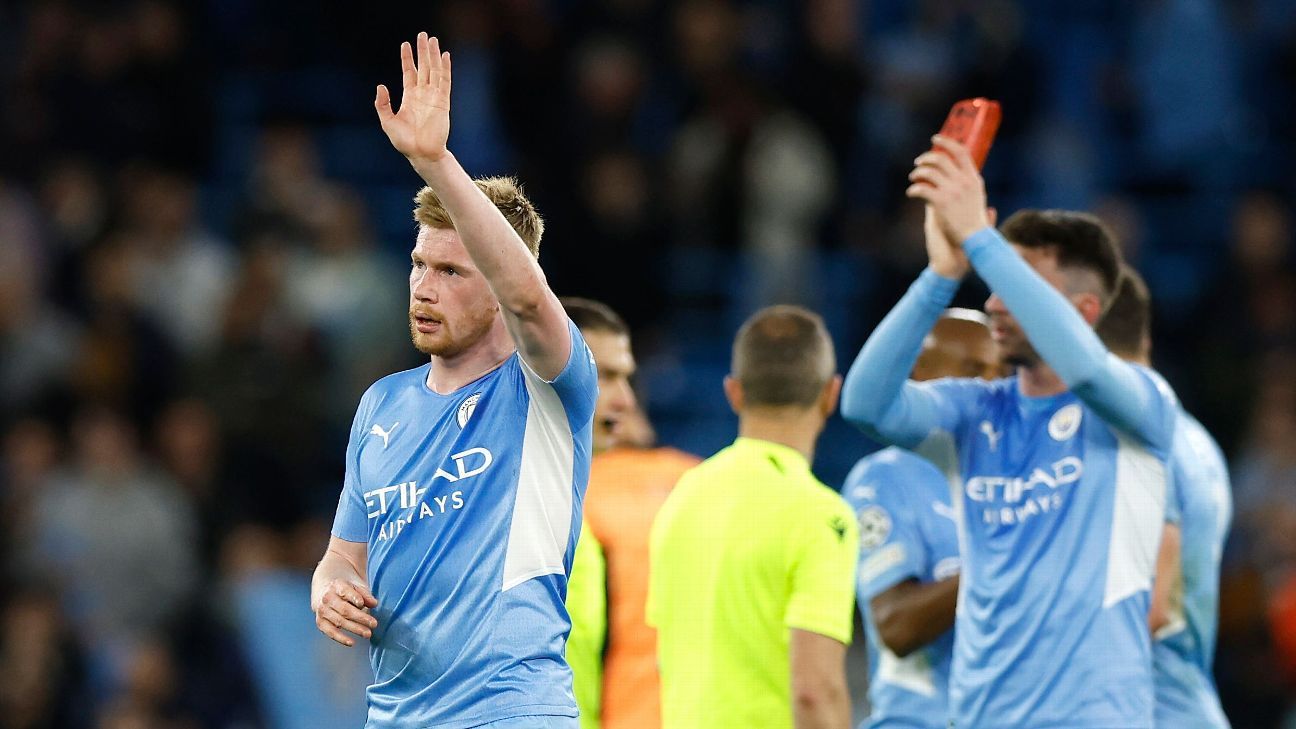 Manchester City cruised to a dramatic 4-3 win over Real Madrid in a feverish Champions League semi-final on Tuesday.

Madrid striker Karim Benzema scored a superb brace, including a superb penalty from Panenka, but was not enough to keep pace with City’s attack.

Kevin De Bruyne scored a two-minute header to give City a dream start before Gabriel Jesus headed home shortly after to extend their lead.

Benzema hit a well-taken volley later in the first half to snatch a goal, but City’s Phil Foden netted a header in the opening minutes of the second half to restore their two-goal lead.

Carlo Ancelotti’s side proved earlier in this season’s Champions League that they could lead a comeback, and Vinicius Jr. had Madrid fans dreaming when he ran down the left flank and scored, reducing the deficit to one.

Pep Guardiola’s side looked dominant throughout and midfielder Bernardo Silva again gave City some breathing room when he fired in a strike from just inside the box but a handball from the defender Aymeric Laporte inflicted a penalty on Benzema, which he converted sublimely with a dinked finish on Ederson. .

The two teams will meet in the second leg at the Santiago Bernabeu on May 4 for a place in the final.

“We are never satisfied with a defeat,” Ancelotti told Spanish outlet Movistar after the match.

“There are 90 minutes left to make the difference at the Bernabeu. The next game will be different. But I’m very happy with the attitude of the team, against a good team, not a great team with a great coach. It’s very complicated to play here against City.”

City came out of the blocks and struck first, with Riyad Mahrez’s superb cross rewarded as De Bruyne scored with a brushed header to give the home side an early lead.

According to ESPN stats and news research, De Bruyne’s goal at 1:35 is the fastest ever in a Champions League semi-final.

Jesus, who enjoys a fine vein of form in front of goal, doubled City’s lead in the 11th minute, turning Madrid defender David Alaba on the edge of the box before moving past goalkeeper Thibaut Courtois.

City continued to take full advantage of Madrid’s sloppy defensive end. Foden had a wonderful opportunity to extend the home side’s lead even further when De Bruyne played a perfectly weighted pass to send it home, but the England international’s effort was missed.

But Madrid fought back in the 34th minute through Benzema, who again showed his pedigree by making his 600th appearance for the club. The 34-year-old asked defender Ferland Mendy to send a cross to his head, but when the ball came waist high just inside the penalty area, Benzema adapted and guided a side foot volley inside the far post. .

City nearly had an equally successful start to the second half as Mahrez charged on goal just over a minute into the restart but saw his effort cannon curled on the post. The ball fell to Foden for a follow up, but Dani Carvajal made a crucial block on the goal line.

Foden couldn’t be denied any longer as he took advantage of a floating cross from substitute Fernandinho and powered a header into the back of the net.

Vinicius Jr. steered Madrid back to the draw when he collected the ball at the halfway line and moved forward at pace until he reached the City penalty area where he calmly finished.

Despite a one-goal lead, City kept going and it paid off. Oleksandr Zinchenko was knocked down on the edge of the box causing the Madrid players to stop as they appeared to be expecting a foul, but Silva continued to play, collecting the ball before firing into the top corner.

Laporte’s handball came as he challenged Benzema for a cross in the closing stages of the match, and the France international showed his class by scoring his 14th goal of the competition.

“Manchester City are a team that play very good football,” added Ancelotti. “We competed… the good thing is we scored three goals but the bad thing is we conceded four.”