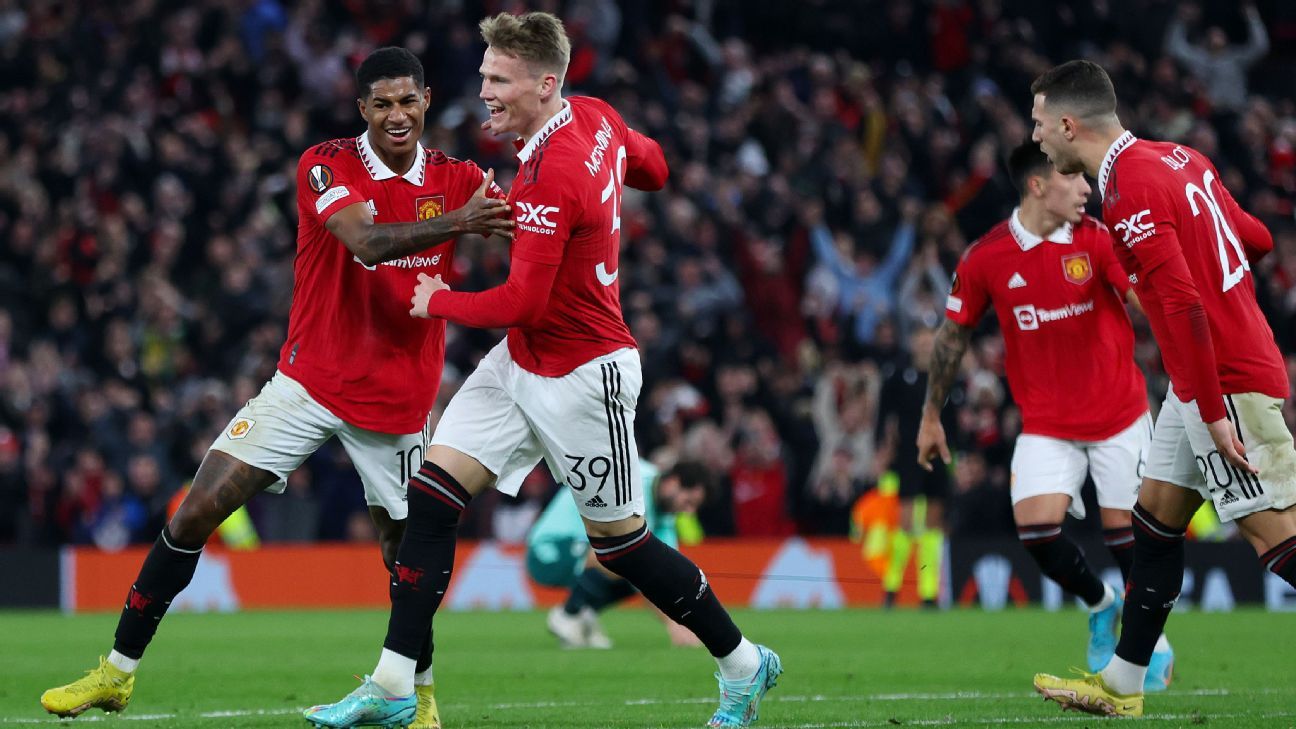 Scott McTominay’s late winner saved Manchester United from embarrassment in a 1-0 win over Omonia Nicosia in the Europa League on Thursday at Old Trafford.

The Red Devils needed a second-half rally to beat the Cypriot Premier League side last Thursday but were frustrated throughout in the reverse picture despite dominating possession and chances in the game.

Erik ten Hag’s United saw Marcus Rashford held wide with Omonia’s only keeper Francis Uzoho to beat, a Casemiro flare blasted off the crossbar in the 32nd minute and Fred headed over the goal from a good position in a scoreless first half.

It was more or less the same in the second half for United as boos rained down from the stands at Old Trafford, until McTominay popped up in stoppage time to bail his side out with a finish from the center of the area after the ball fell nicely to his feet.

“In this team there is a lot of creativity and goalscoring ability,” Ten Hag said after the game. “Sometimes you have a night where you won’t make it. Today was that night.

“But the good thing is that the team keeps going and doesn’t give up. They keep believing and in the end we get the reward. That’s how we have to do it.”

The victory leaves Man United, who took 34 shots on the night, in second place in Group E with nine points from four games, three behind leaders Real Sociedad with two games to play.

“I’m really happy to [the result]”, added Ten Hag. “It’s about the spirit of the team and the team. It’s not just about the 11 players. Sometimes it works like that. Substitutes can make an impact when they have the right attitude and focus.”