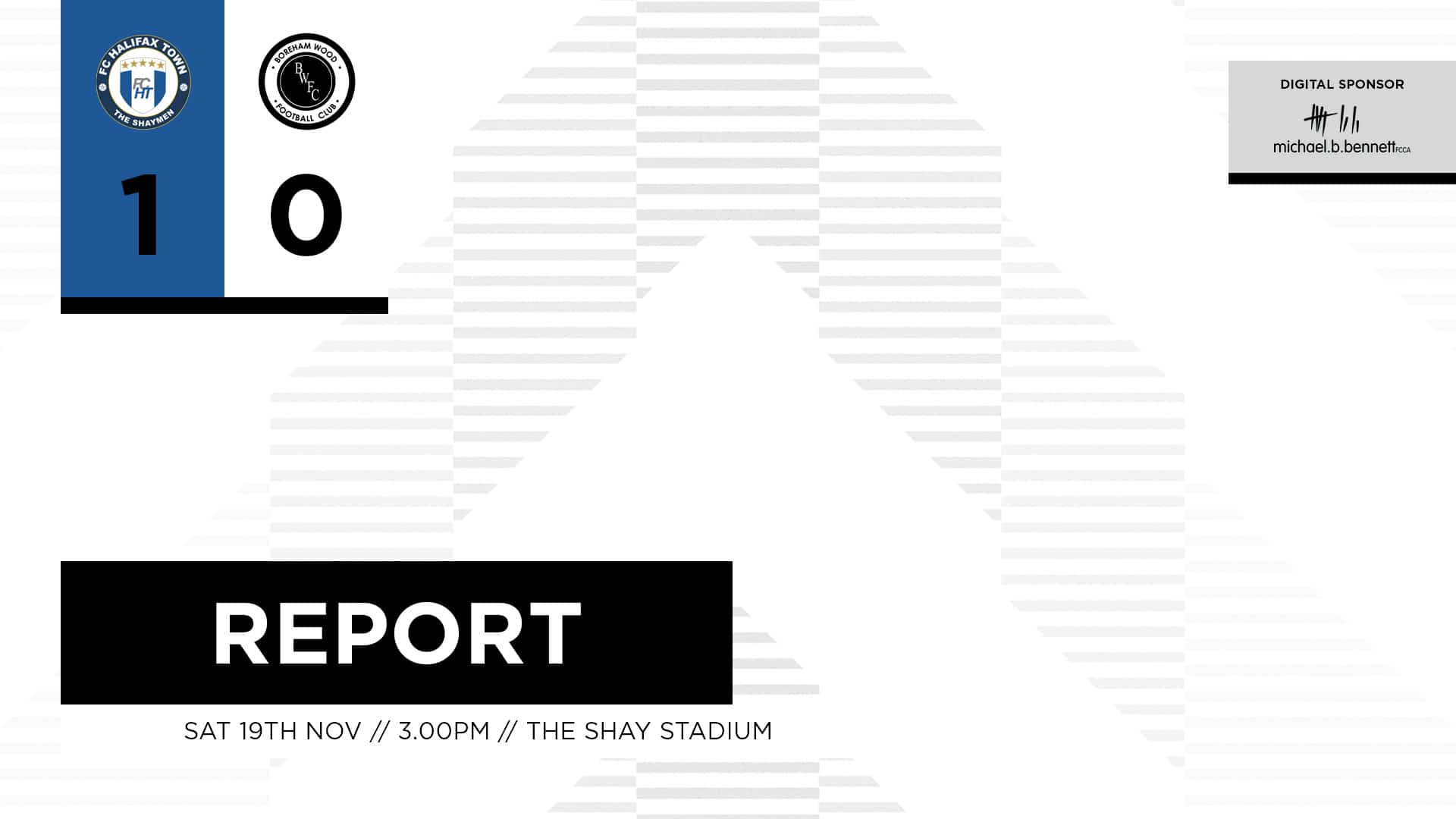 A second-half goal from Rob Harker condemned Boreham Wood to their second straight loss and Vanarama’s six National League games without a win. Luke Garrard’s men have now slipped to tenth in the table.

Luke Garrard has made two changes from last Saturday’s loss to Woking with Will Evans returning in place of Dennon Lewis at full-back and Tyrone Marsh replacing the injured Danny Newton up front.

It was an uneventful first half where both teams created little. Boreham Wood started the game on the right foot by putting pressure on the Halifax defense without really threatening. In the 7th minute, it was the Shaymen who had the first chance of the game when a good ball from Rob Harker beat Luke Summerfield whose shot was saved by Nathan Ashmore. George Broadbent then had a shot blocked by Jack Senior and at eighteen minutes Halifax’s Tyler Golden played into Angelo Capello who fired a straight shot at Ashmore. At the 34th minute, Will Evans headed past Zak Brunt’s corner when he was well placed. Luke Summerfield and Capello closed in on the hosts before the break but couldn’t convert their chances.

Boreham Wood was close to fifty-one minutes when Brunt’s corner was grazed by Evans, but Jamal Fyfield was unable to convert. The hosts then began to dominate, Harker hitting the post with a raspy shot six minutes later. Then Summerfield missed the target with a free kick before Halifax scored what proved to be the winning goal after fifty-nine minutes. Harvey Gilmour’s shot was dumped by Ashmore, straight in the way of Harker who made no mistakes from close range.

After the hosts took the lead, Luke Garrard made some changes replacing Marsh and Lee Ndlovu with Danny Elliott and Bruno Andrade and while that added some much needed energy to Wood’s front line, they didn’t couldn’t create much. Jack Payne shot well after when he was well placed. After eighty-six minutes, Tom Scott thought he had doubled Halifax’s lead, but the linesman immediately signaled an offside. In the first of seven minutes added to the end of the game, Evans should have done better with a header but just couldn’t get enough power on it.

It was another disappointing afternoon for Boreham Wood, and their mini slump continues. Luke Garrard will be keen to get his side back on the path to victory in the FA Cup second round tie at Bristol Rover next Sunday.

Man of the match: Will Evans.

OUR CLUB. OUR CITY. OUR COMMUNITY.