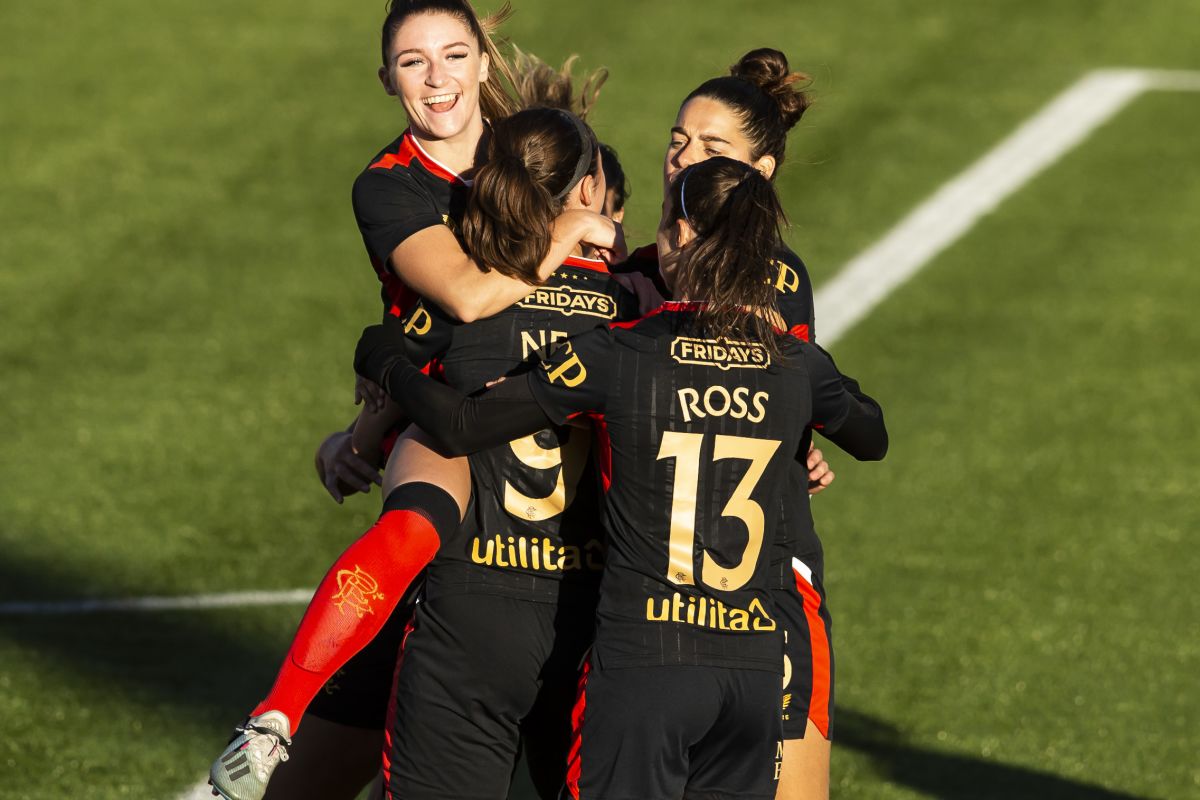 A ZOE NESS strike made the difference as Rangers collected three points in the SWPL with a 1-0 away win over Hibernian.

Ness’s second-half goal sealed the victory to make it four out of four wins to start the championship campaign.

Malky Thomson has named a change for his squad since Wednesday night’s win over the Spartans as captain Brianna Westrup entered the starting lineup with Chantelle Swaby on the bench.

The hosts were the first to threaten in the opening minutes of the game as Alexa Coyle picked Colette Cavanagh in the box, she touched and took a shot but it was far from Jenna Fife’s goal.

The Light Blues got a free kick in a dangerous position soon after as they looked to secure the breakthrough at Tony Macaroni Arena.

Lizzie Arnot whipped up a good delivery into the box as Tessel Middag glanced towards the goal but couldn’t keep the effort on target as he drifted wide.

Rangers found their marks in the game as Rachel McLauchlan chose Lizzie Arnot’s run with a nice diagonal ball to send the Scotland international to goal.

Arnot headed for the area but the hosts reacted quickly as a number of Hib defenders flooded the area and managed to block the effort.

Colette Cavanagh had a low shot held by Jenna Fife, before Rachel McLauchlan saw an effort pass the bar at the other end as both teams sought a breakthrough.

In the last minutes of the first half, the Gers pushed for the opener. Nicola Docherty swung a ball into the box from the left who met Zoe Ness, but she couldn’t get a strong enough connection on the ball as it bounced right off the post with the game going scoreless at the pause.

Malky Thomson’s side almost got off to a perfect start in the second half as Jane Ross recovered the ball from the box and landed a powerful shot on goal, but it was blocked by the feet of Hibs goalkeeper Gabriella English .

The pressure at the start paid off as the Gers got the breakthrough in the 51st minute. A free kick was thrown into the box by Lizzie Arnot and fell in love with Zoe Ness on the edge of the box and she drove the ball into the net for her second goal of the season in the SWPL.

The hosts almost responded instantly, but Colette Cavanagh’s curling effort was only inches from the Rangers goal.

In the 67th minute, Ross was again pushed back by goalkeeper Gabriella English as she was again vigilant to block a good effort from the Gers striker at close range.

Jane Ross got involved in the action again when she saw a wide deflected shot as Malky Thomson’s side pushed for that all-important second goal.

The second goal didn’t come for the Rangers this afternoon, but they could comfortably watch the rest of the game to secure the points at Livingston.