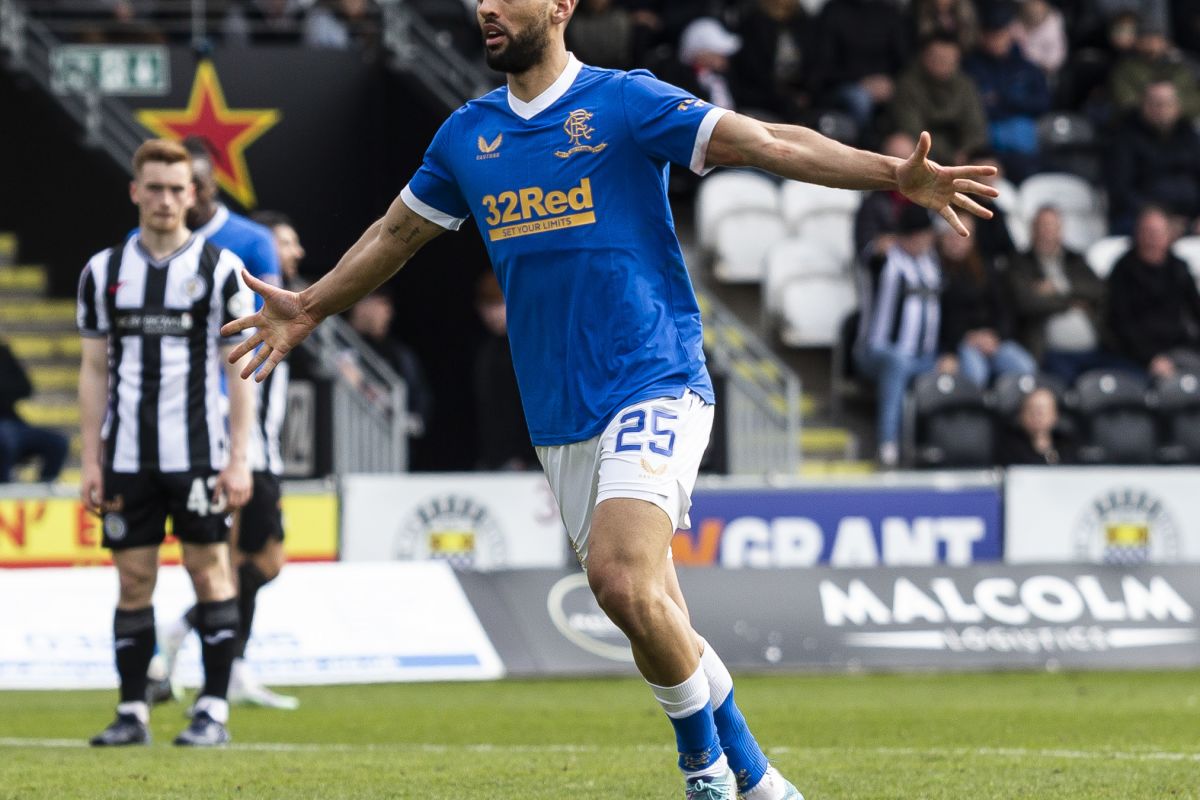 Always a tough place to go, it was the Light Blues’ biggest win at Paisley since leaving Love Street in 2009, and with it came a solid performance in which Joe Aribo added a sensational fourth goal at the top of the Roofe trio. .

Manager Gio van Bronckhorst has named five changes to his side – from the squad that played against Braga on Thursday night came Fil Helander, Aaron Ramsey, Joe Aribo, Kemar Roofe and Borna Barisic.

That meant it was a back five from Allan McGregor in goal with James Tavernier, Connor Goldson, Helander and Barisic ahead of him.

John Lundstram, Aribo and Ramsey were in the middle of the park, while Fashion Jr and Ryan Kent played in support of Roofe.

The visitors started the game with full and unbroken possession, and they took advantage of it to get off to a perfect start within two minutes.

James Tavernier came to the stop line in the bottom right at the end of a super ball from Connor Goldson and delivered – his cross hit Ryan Kent on the far left of the box, and he put one in in the area for Kemar Roofe to head brilliantly past Dean Lyness and into the back of the net for his 13th of the campaign.

It was Goldson who popped up with the next effort – finding himself surprisingly 25 yards from goal, he took the shot that sailed just overhead.

The 26th minute saw a blow for the visitors as John Lundstram was sent off with injury and his place was taken by Steven Davis in the middle of the park.

Tavernier sent a free-kick over the bar as Gers threatened again, while Lyness held off an effort from Ramsey well from 20 yards out.

Another blow was to come for Rangers at half-time – Helander limped off and was replaced by Leon King for his first.

Then in three minutes of extra time at the end of the half, the game really came to life. First, Roofe came in behind the home defense to cut one down for Ramsey, but just inside the area and with Lyness scooting down his line, his effort landed on the crossbar.

But Gers were not to be denied – they flocked forward again and Tavernier from that bypass line again lifted a super ball to the back post for Roofe to head home his second.

The interval saw Scott Wright and James Sands replace Kent and Ramsey – perhaps with an eye to Thursday night’s return game with Braga – and Wright almost had an immediate impact.

His pace and skill took him from midfield to the edge of the area in the blink of an eye, and he dropped Roofe to get an effort, but a deflection grabbed him from Lyness for him refuse his hat-trick-for now.

It was in the 51st minute that Roofe did indeed score his hat-trick – his first for Rangers.

Gers did well to work it down the left this time and as Roofe’s early effort on the end of a Fashion Jr cross was blocked, the ball came back for him to sweep from close range.

Wright should have made it four when he sent a low cross from Barisic, while he had another effort sent for a corner when he burst again from midfield.

Lyness grabbed a Tavernier header out of the air at the back post, while fifth and final sub Amad fired wide when placed by Fashion Jr for a shot after Aribo brilliantly turned the ball over in the middle ground.

Lyness denied Tavernier with a close-range save, but the fourth came in the 76th minute thanks to a sensational strike from Joe Aribo.

Fully 25 yards from goal to the right, he hit a superb dipping effort that sailed past Lyness and tucked into the top right corner for 4-0.

With three minutes to go, McGregor was called off for the first time on the afternoon with a stunning save to repel an effort from Alex Grieve, but 4-0 is how it ended .

Now it’s Thursday, and arguably the club’s biggest game in 14 years as they host Braga at Ibrox, looking to overturn a 1-0 deficit to reach the Europa League semi-finals.