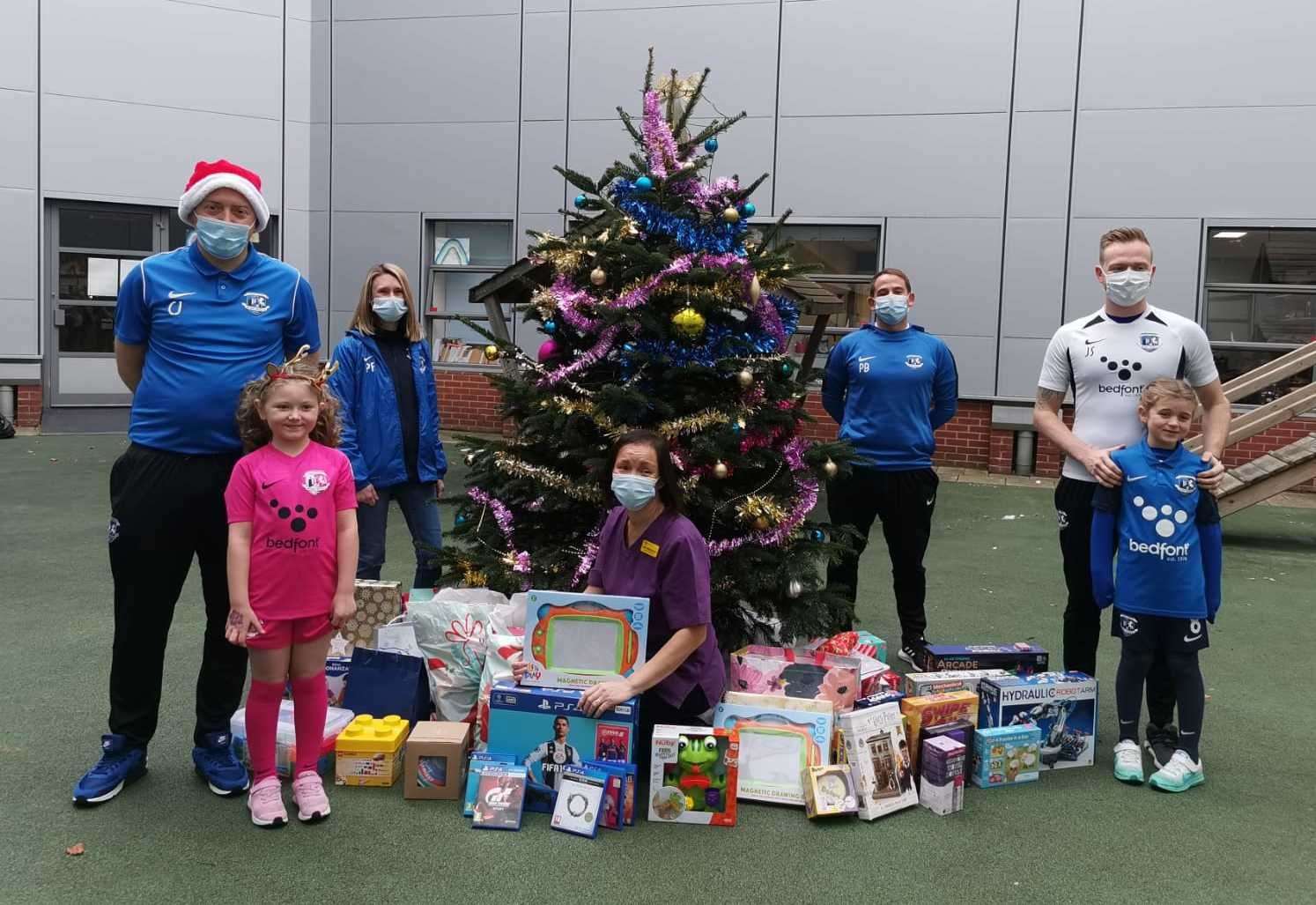 The Rainham-based Grassroots Club has asked for donations so they can bring some joy to patients in the Medway Maritime Hospital Children’s Department this Christmas – and the response has been overwhelming.

Over 400 gifts were donated by parents, players and a generous contribution from Bedfont Scientific, sponsor of their girls’ football school. The children’s ward even has a new Playstation 4 that patients can play on thanks to the generosity of one person.

With so many goodies, the hospital will be able to have goodies to share throughout the year, while some have also been donated to the My Shining Star Childhood Cancer Charity.

Events secretary Chris Jones and club officials attended the hospital, along with two youngsters who play in the club’s junior ranks. Due to the Covid situation, they could not be in the room but happily dropped off the gifts for the children to enjoy.

Earlier this year, the club donated around Â£ 4,500 to the Making Miracles charity after a summer friendly match between their coaches and a team from Gillingham FC Legends. On Sunday, the club sent a collection of football boots which were collected by Charity Boots, a UK-based charity that donates unwanted shoes across the world.

Mr Jones said: â€œLast year we donated to food banks and I thought it would be pretty good this year if all the kids and parents could give gifts to the local kids who needed more. other things and we contacted Medway Hospital.

â€œWe got more and more gifts, it got bigger and bigger, every time I arrived there were more gifts in our container. Fortunately, a lot of them were already excited by the parents, which is good because I suck at it!

â€œWe’re a huge football club, he’s growing all the time and represents a big part of the community, so it’s nice to do things when we can. It really didn’t cost the club anything, it was thanks to the generous contribution of others. “

United have sent in three bins full of new and used football boots for less fortunate players around the world.

Charity Boots picked up the trash this weekend after players donated their unwanted shoes and they will now be distributed to children as far away as Africa and South America.

Mr Jones added: “Over the past month we have donated shoes and we just hope they will make people less fortunate than us more happy to try and play the game we all love.”