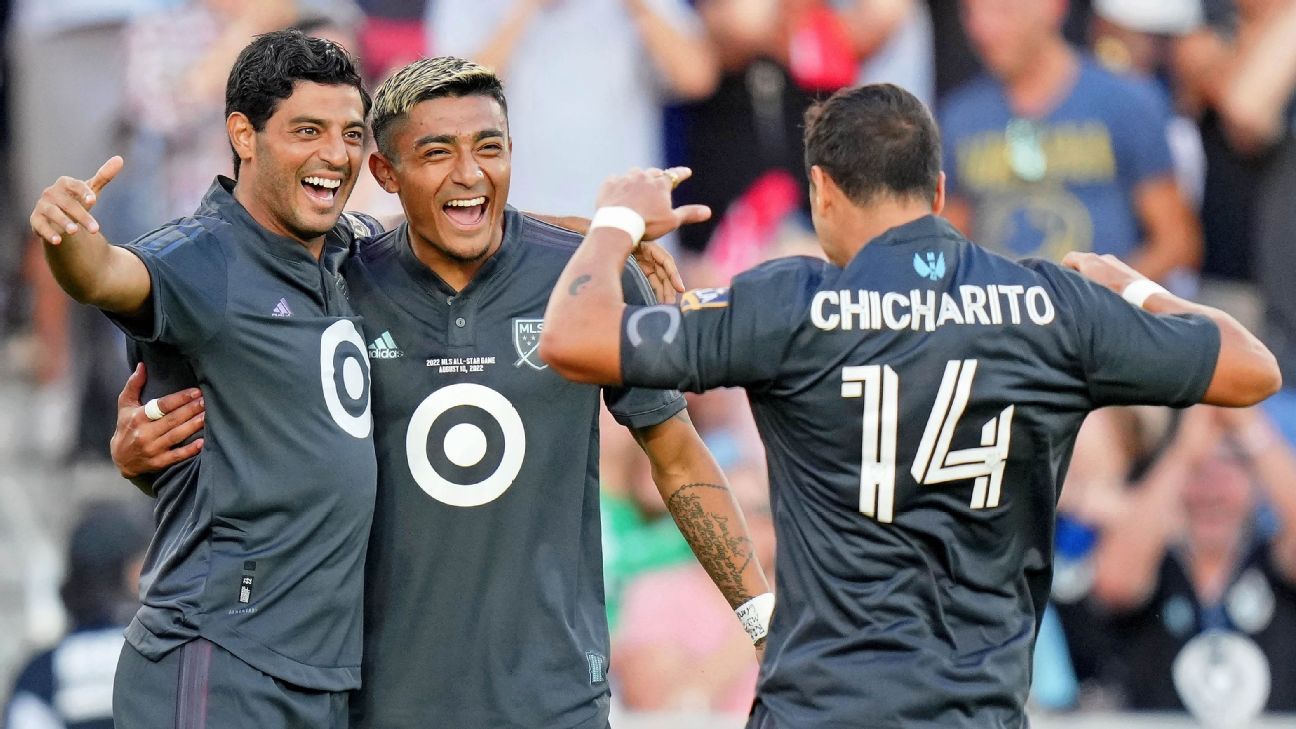 “I’ve been in America for 13 years now, and this is the closest [MLS and Liga MX] have been,” MLS and Minnesota United coach Adrian Heath said after the game. “I think if you had gone back 10 years, I think Liga MX would win those kinds of games.”

It took just three minutes for the score to start, with LAFC left-back Diego Palacios laying in a cross to the back post for his club-mate and former Sorting Vela star to steer clear of Atlas’ Camilo Vargas.

There would, however, be a wait before the second was scored.

Almost 10 minutes into the second half, the MLS side had the ball in the back of the net to double their advantage, with Brandon Vazquez running down the right flank and clearing the ball away for the winger FC Dallas’ Paul Arriola heads home from the edge of the 6-yard box. The celebrations were brief, however, as the linesman ruled that the FC Cincinnati striker had made his run on the right wing from an offside position.

The MLS All-Stars finally found a second in the 73rd minute, however, when Raul Ruidiaz netted a penalty past Santos Laguna No.1 Carlos Acevedo. The Seattle Sounders FC leader took the kick after reigning MVP Carles Gil was clumsily brought down in the box, leaving referee Joe Dickerson no choice but to award the penalty.

La Liga MX pulled back a goal nearing full time with a thunderous strike from Pachuca right-back Kevin Alvarez from the end of the penalty area to bring his team to life and energize the crowd for the final moments Match.

“Every time the United States plays Mexico now, I don’t know who’s going to win the game,” Heath added. “It says a lot about the ownership groups of these clubs in MLS who have invested huge sums of money in the quality you see on the pitch.”

The Liga MX regular season resumes on Thursday, when Querétaro host Atletico San Luis, while 24 MLS teams will be in action on Saturday, with the remaining four facing off on Sunday.