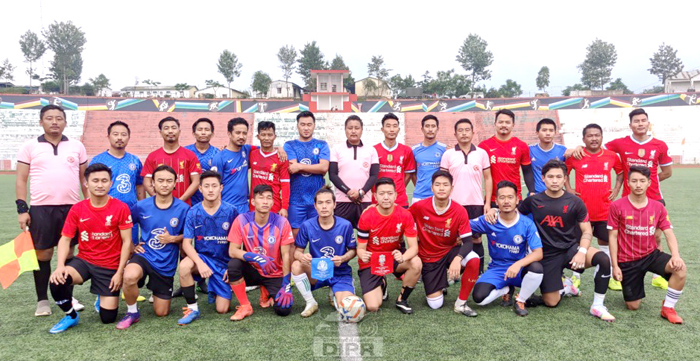 NagaKop recorded a blistering 6-1 win over CFN with a brace each from Akika, Akhrie and Kevi, while Sunep Imchen netted a consolation goal for CFN, according to a DIPR report.

The match officials were Samuel, Repa and Ren, who are also currently refereeing the ongoing Morning Premier League organized by the Morning Football Association.

At the post-game rally, members and leaders of both fan clubs expressed their joy and happiness at the huge turnout of their members at the event, with fans even coming from Zubza and Dimapur, in more Kohima.

CFN official Rovikotuo Yhoshu said the friendly match was just the start of many other events planned for the future. He expressed hope that other fan clubs will also join forces to organize such events regularly and gave his opinion on starting futsal or football tournaments and leagues among fan clubs in Nagaland at the ‘coming.

OLSC President Imchuyanger thanked all the fans of both clubs for their participation and hopes to organize more events in the coming days, he added.

The event was organized to bring together the growing fan base of both EPL clubs in Nagaland and allow supporters to celebrate the game and the club they love, while providing a way to meet other fans. Formed by passion and to bring all their supporters under one roof and organize friendly football matches, OLSC and CFN were formed.

Stevens among internationals on Saturday – News