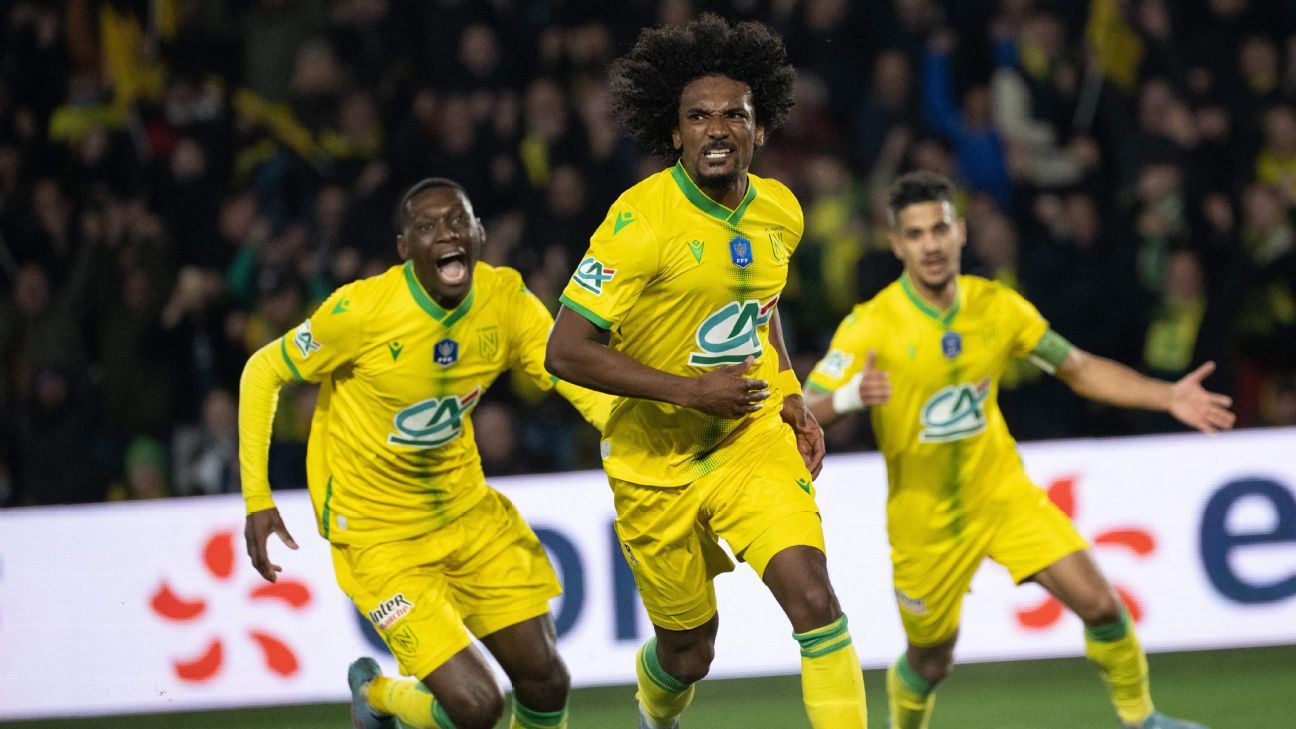 Nantes beat Monaco 4-2 on penalties after a 2-2 draw in the semi-finals on Wednesday to earn a place in the Coupe de France final.

Moses Simon converted the decisive kick after Monaco captain Wissam Ben Yedder registered his first effort and Aurélien Tchouameni hit his penalty over the bar as Nantes progressed to the final for the first time since that they had won the cup in 2000.

They will meet Nice in the final at the Stade de France in Paris on May 8.

Monaco took the lead in the 12th minute at the Stade de la Beaujoire as defender Guillermo Maripan earned a decisive touch on the top of his head from a ferocious Caio Henrique free-kick.

But the visitors’ lead lasted just nine minutes before Randal Kolo Muani’s counter-attack resulted in an own goal from defender Djibril Sidibe.

Kolo Muani’s pass inside was intercepted by Sidibe but he only served to direct it into his own net.

Nantes took the lead in the 74th minute when Simon’s first effort on goal was blocked by Sidibe, but the ball squirted past Samuel Moutoussamy, who converted from close range.

But parity was restored within 120 seconds when Monaco substitute Myron Boadu touched a cross from Vanderson’s search to make it 2-2 after 90 minutes and lead the game on penalties.

Nice booked their place in the final with a 2-0 home win over fourth-tier club Versailles on Tuesday.