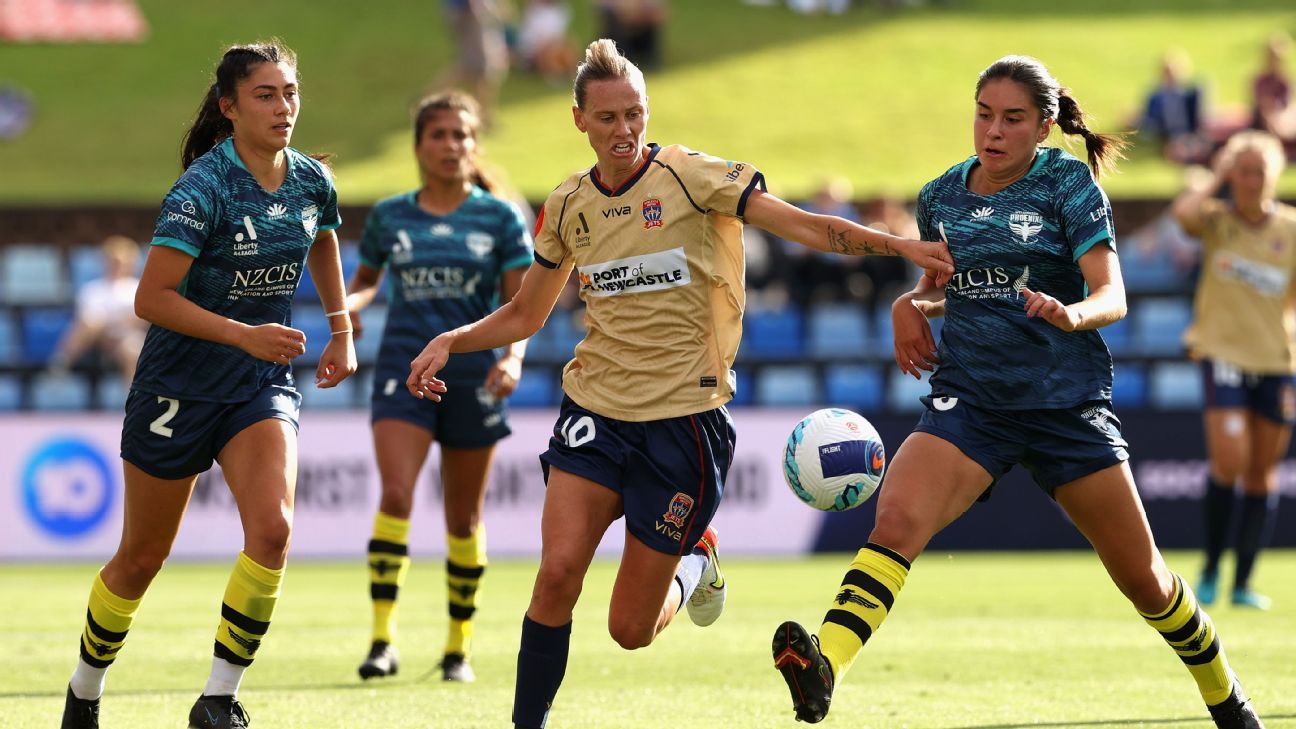 Matildas midfielder Emily van Egmond made an impressive comeback for Newcastle, helping the Jets to a 5-1 A-League Women’s rout against Wellington Phoenix.

In her first game for the club since 2018, Van Egmond scored an assist from a corner for the first of Tara Andrews’ two goals at McDonald Jones Stadium on Friday.

Andrews’ second half brace came after Kirsty Fenton put Newcastle ahead with their first goal at this level in the 33rd minute.

Norway’s Marie Dolvik Markussen scored the Jets’ second goal after halftime, with Sophie Harding adding a fifth for Ash Wilson’s side after Andrews scored her brace.

Ava Pritchard tapped for a corner kick in the 81st minute to score the Phoenix’s very first goal, but it was too little too late.

Van Egmond signed with the Jets this week on a short-term contract ahead of the Asian Cup campaign Matildas, and the Australia international had an instant impact on a Newcastle side who were passed in the game. Sydney FC opened the season last week.

Her pass was a class above and she fired a warning shot over the top of the Phoenix net with half an hour gone.

But while the seasoned Matilda pulled all the strings loudly, it was one of the Jets’ more raw talents that gave them a deserved breakthrough.

Fenton sent a cross into the box, but the wind blew the delivery towards the goal, over Phoenix goaltender Lily Alfeld and into the back of the net.

Fenton’s day was cut short, however, when she injured her ankle in the second half.

The stoppage failed to interrupt Newcastle’s pace as the Phoenix gave up possession playing from behind.

Dolvik intercepted and leapt to Wellington’s box and shot Alfeld off the post in the 55th minute.

Andrews then passed Grace Jale in a Van Egmond turn in the 61st minute, before adding her second less than 90 seconds later.

Harding clinched a fifth after combining with Lauren Allan in the 73rd minute with Pritchard responding from a corner to put her name in the history books.