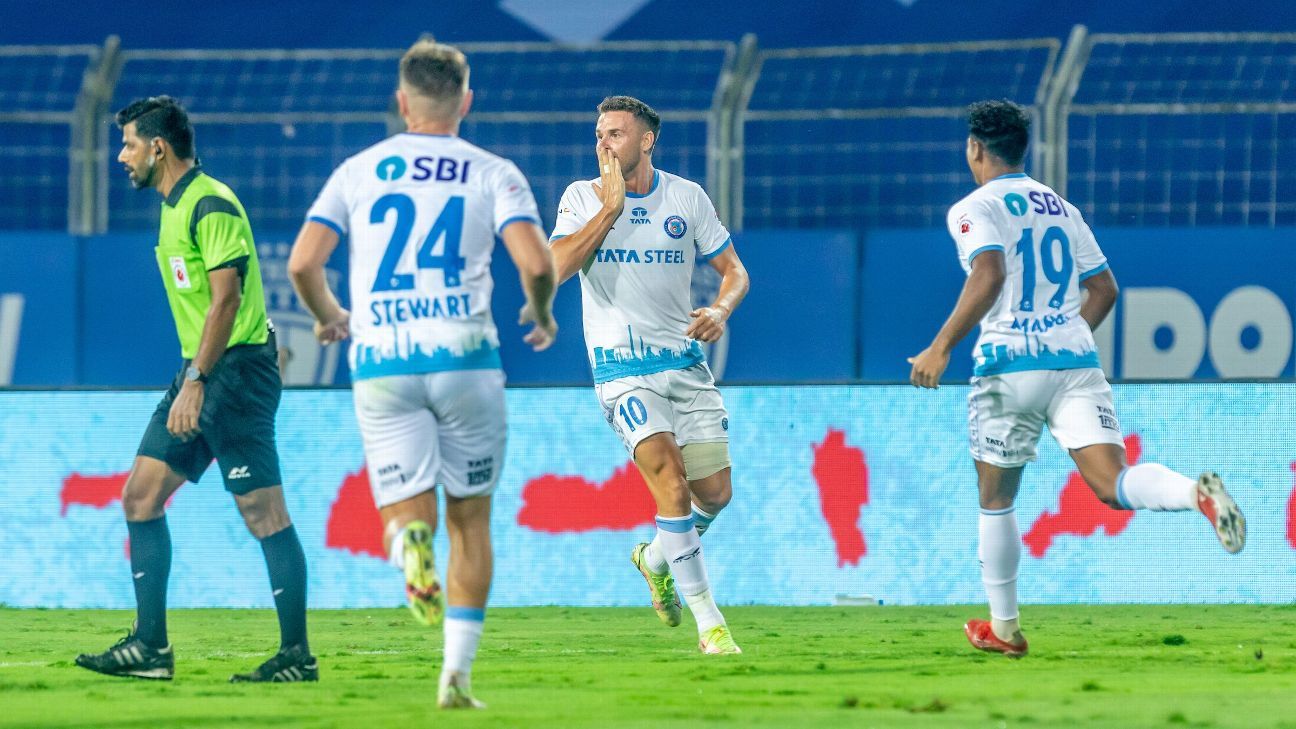 Jordan Murray came off the bench to score the winner as Jamshedpur FC showed top-notch character to edge past NorthEast United 3-2 and stay one point clear of first place in the semi-finals, in the Indian Super League at the PJN stadium in Fatorda on Friday.

Seiminlen Doungel (35th) put Jamshedpur ahead before Greg Stewart (59th) made it 2-0 in the second half. But in the space of two minutes, Laldanmawia Ralte (66th) and Marcelinho (68th) found the back of the net twice to equalise. In the end, however, Murray came on and scored the third for JFC to underline his tag as one of the League Shield and title contenders this season.

Jamshedpur now have 34 points from 17 matches and will need just one point to secure a place in the semi-finals. They have a game in hand against league leaders Hyderabad who have played 18 games and have 35 in their kitty. For NorthEast United all is lost and a defeat means they are entrenched in 10th place with 13 points from 19 games. They face bottom club SC East Bengal in their last game of the season.

The game got off to a turbulent start, with Mirshad Michu colliding with Daniel Chima Chukwu inside the box as Jamshedpur vehemently called for a penalty.

Jamshedpur, as they most often do, got balls inside the box and used the width of the pitch to find Chukwu, the in-form Nigerian striker causing some problems for the NorthEast United defenders.

Owen Coyle’s side were creating chance after chance and finally breaking the deadlock just after the refreshing break. On a throw-in from Ricky Lallawmawma, Mobashir Rahman found an unmarked Doungel with a brilliant cross at the far post, the forward calmly tucking past Michu who should have done better at his near post.

Jamshedpur finished the half with a 1-0 lead but skipper Peter Hartley was dealt a knock and had to be substituted after the side change. Narender Gahlot came for him.

For NorthEast United, Marco Sahanek made way for Marcelinho as Khalid Jamil looked keen to test the Marcelinho-Brown combination to see them equalize. But it was more misery for NEUFC as Jamshedpur doubled their advantage.

It was another special from Stewart as the Scot took his tally to 10 this season, like Igor Angulo, with a solo effort darting down the right flank after being set up by Mobashir to then cut inside and pass the ball past Michu with aplomb.

Just when it looked like Jamshedpur were on course for another win, NorthEast United scored twice in the space of two minutes to turn the game around. First, Laldanmawia Ralte smashed a rebound off a Marcelinho shot that was only parried to him by TP Rehenesh. In the next minute, Marcelinho was seen running over the Jamshedpur defenders, with the Brazilian then rounding Rehenesh to guide the ball into an empty net.

But Jamshedpur never gave up and Murray proved to be the super sub, replacing Chima in the 75th minute and then spinning a pass from Stewart in acrobatic fashion with five minutes remaining.