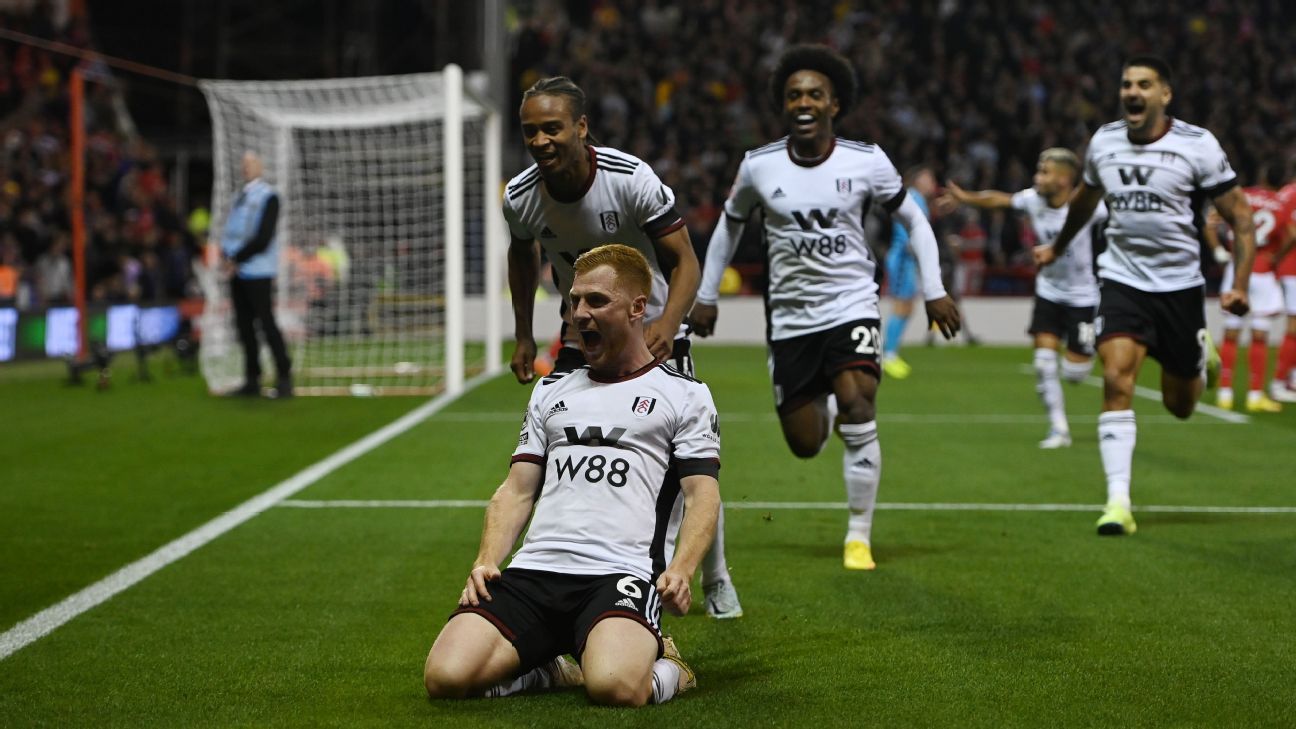 Nottingham Forest squandered a lead for the second successive Premier League game as they slipped to a 3-2 home loss to Fulham on Friday.

Taiwo Awoniyi gave Forest the perfect start when he headed them past after 11 minutes from a Ryan Yates corner.

But Fulham struck three times in six minutes early in the second half to turn the game around.

Lewis O’Brien gave Forest hope with a 77th-minute effort but Steve Cooper’s side were unable to salvage a point.

Forest, who lost to Bournemouth in their previous game 2-0, are second with four points.

Fulham, who exited the Championship with Forest last season, moved up to sixth with 11 points.

“From the first whistle of our first game of the season, we were on our toes,” Reed said.

“We also made it difficult against the big teams. The manager told us at half-time where we could hurt them.

“There is a very good atmosphere around the club.”

For Forest, back in the top flight for the first time since 1999, the alarm bells are ringing.

They have played attractive football but a porous defense is hurting their season and they have conceded 14 goals in their last four defeats.

It all started well for the hosts, however, as Awoniyi headed home to reward early pressure.

That all changed after the break as Fulham fought back ruthlessly with Adarabioyo’s header causing Forest to surrender.

Palhinha’s superb strike evened out the atmosphere in the City Ground and when Reed made it 3-1 he left Forest with too much to do despite a late flurry.

“It happened again. For a few games we took the lead and we didn’t handle it well enough,” Cooper said.

“We don’t manage to concede the first goal. It’s cost us the last two games. You can’t do that at any level, especially this one. It’s something we need to improve.”