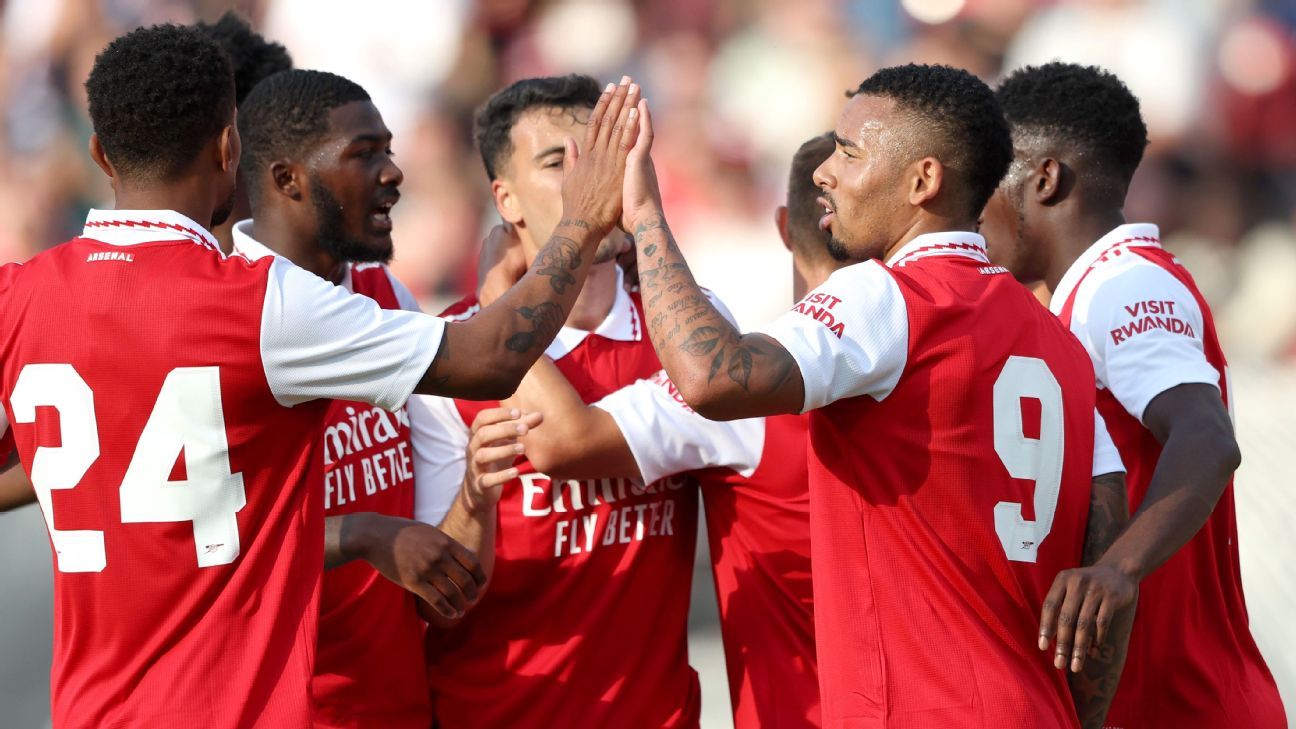 Gabriel Jesus scored twice in his first outing in an Arsenal shirt as his new club came back from a 2-0 half-time deficit to beat Nuremberg 5-3 in a pre-season outing. season in Germany on Friday.

Jesus, who completed a £45m move from Manchester City earlier this week, had an instant impact after coming off the bench at half-time. The Brazilian striker needed less than 90 seconds before charging at the near post to start Arsenal’s turnaround.

– Pre-season calendar: when, where and against whom the best European clubs will play
– You don’t have ESPN? Access immediately

Mohamed Elneny quickly leveled the score with an unstoppable strike from distance, before the 2. Bundesliga side contributed to their own downfall with back-to-back own goals through Christopher Schindler and Tim Handwerker.

Earlier it had been a less than stellar start to Mikel Arteta’s side, playing their second game of the pre-season after a 5-1 win over Ipswich behind closed doors on Saturday.

United States men’s national team goalkeeper Matt Turner, making his first appearance for Arsenal following his transfer from the New England Revolution, will probably think he should have done better with a strike from Johannes Geis that flew over his head to open the scoring in the 24th minute.

Five minutes later things took a turn for the Gunners when Nürnberg doubled the lead through Kwadwo Duah.

It is Jesus’ second-half performance, however, that will grab the headlines, before Arsenal continue their preparations for the new season against Everton in the United States on July 17.

Erie Save an Eye football match July 29 at Veterans Stadium