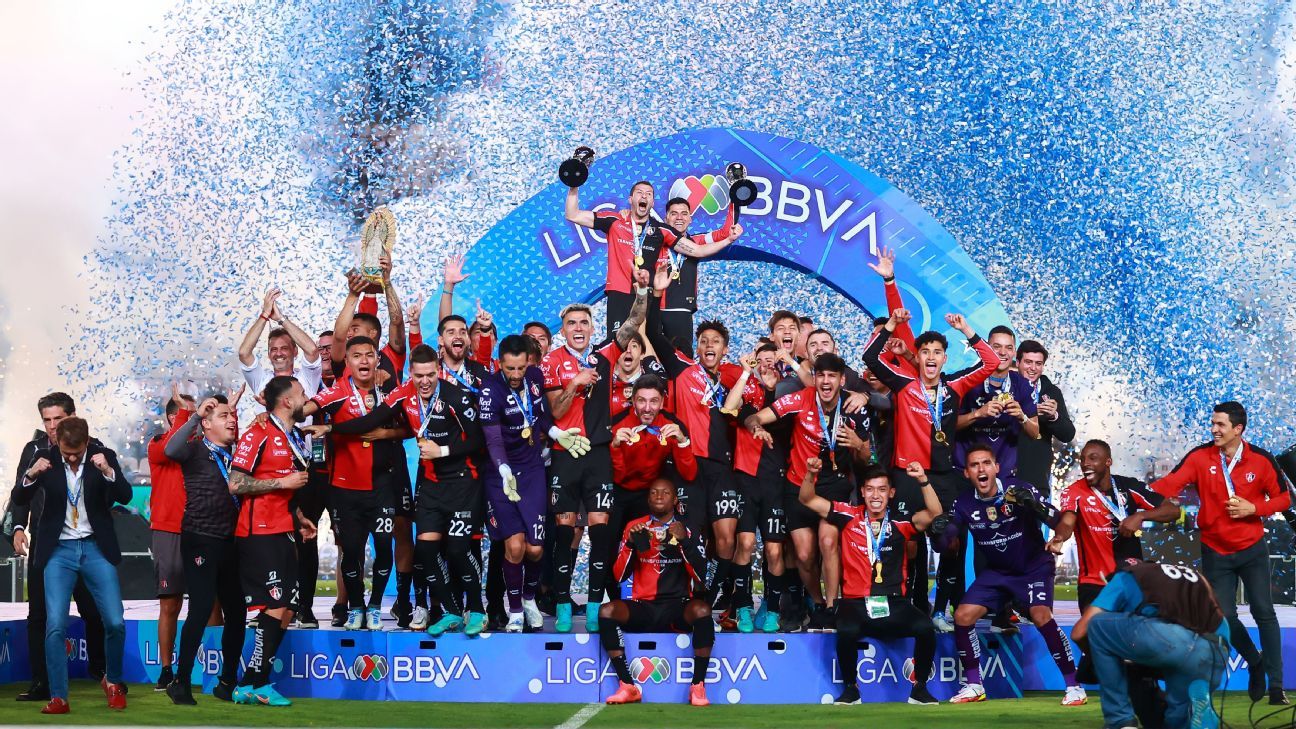 Atlas survived a fightback from Pachuca on Sunday night to clinch a second consecutive Liga MX title and third overall in its history.

Coming into Pachuca’s Estadio Hidalgo with a 2-0 aggregate lead after Thursday’s first leg, Atlas suffered an early setback after allowing a goal in the eighth minute. As Pachuca’s Romario Ibarra cleverly musk defender Anderson Santamaria and then find the back of the net, the aggregate score was reduced to 2-1 early in the first half.

Pachuca continued to drive forward, eventually looking close to winning a 29th-minute penalty before a VAR check led to an offside call instead. In the 44th minute, VAR would come into play again. Following a handball by Pachuca’s Daniel Aceves, referee Fernando Hernandez pointed the spot and awarded Atlas a penalty.

Striker Julio Furch, who had yet to find a goal in the two legs of the final, came on in the 45th minute and scored to give Atlas a 3-1 lead on aggregate. Just when it looked like the Championship Series would have started to drift away from the home side, Pachuca then found the back of the net when striker Nicolas Ibanez headed in an assist from Victor Guzman seconds before the kick. halftime whistle.

Needing just one more goal to level the score and send the game into extra time, Pachuca pushed forward and fired several shots at goalkeeper Camilo Vargas. In the 83rd minute, a lifeline emerged to Los Tuzos when Atlas’ Anibal Chala received a red card.

Nevertheless, even with a one-man advantage and a handful of attacking substitutions, Pachuca was unable to find the third goal needed to level the score. Once the final whistle was blown after six minutes of added time, Atlas took a 3-2 aggregate win.

“We are writing history,” said Atlas captain Aldo Rocha after the final whistle. “We continue to transform this team that had been dormant for years.”

Furch, who scored the only goal for Atlas on Sunday that gave them enough of an advantage to win the championship, was all smiles after the match.

“Winning a consecutive championship was something unthinkable,” he said. “Even the most optimistic of people didn’t think we would make it, but we finally did.”

Atlas are now the third club to win back-to-back titles in the Liga MX short-season format which began in 1996. Before winning trophies in the Clausura 2022 and Apertura 2021, the first of three Atlas’ league was won in 1951. As of 2019, Atlas is owned by Grupo Orlegi, which also runs Santos Laguna.