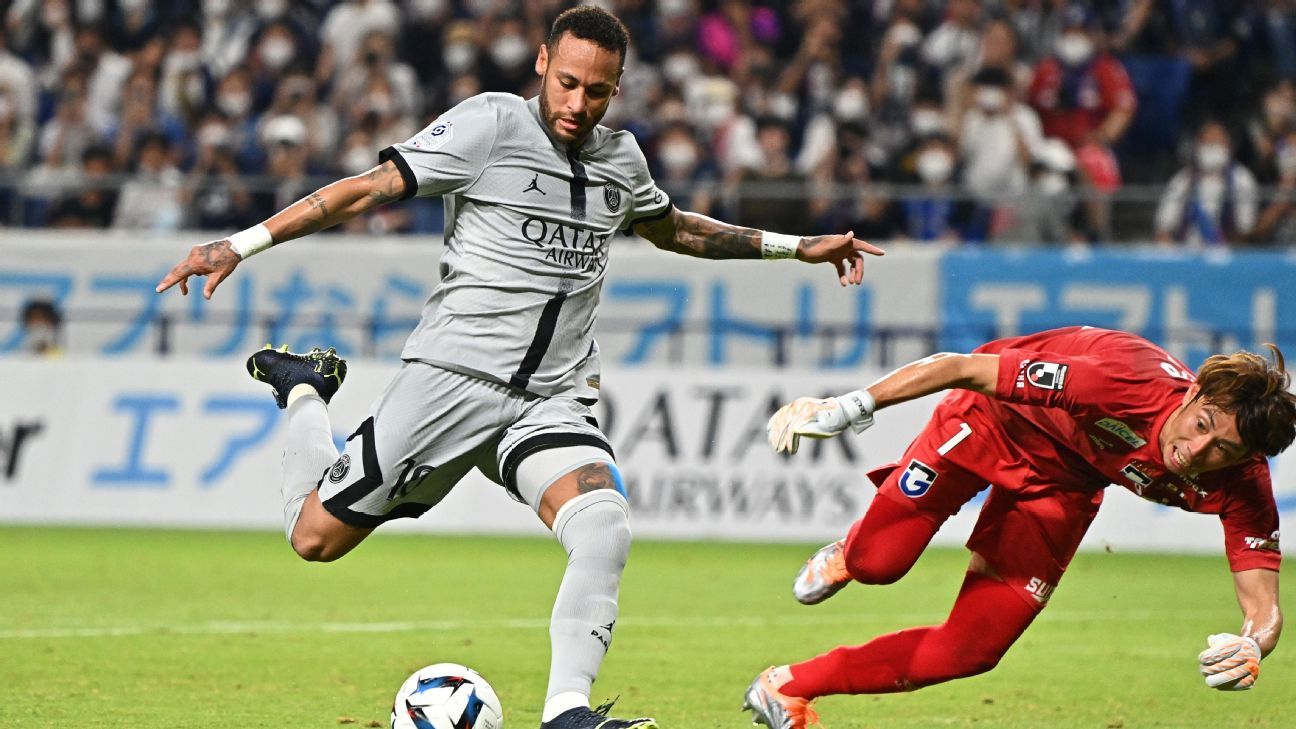 A brace from Neymar and goals from Lionel Messi and Kylian Mbappe helped Paris Saint-Germain cap off their pre-season tour of Japan with a 6-2 rout of Gamba Osaka.

Neymar’s two goals, one from the penalty spot, came after the Brazilian striker said he wanted to stay at PSG but admitted he didn’t know what the club had planned for him.

PSG opened the scoring in the 28th minute when Messi burst into the box and saved a shot, before Sarabia brought home the rebound for his second goal in as many pre-season games.

Two minutes later, Neymar fell in the box after a challenge from Genta Miura and coolly converted from the spot, putting even more distance between PSG and the hosts.

But Gamba Osaka came back into the game when Kurokawa scored in the 34th minute after a close-range save from PSG goalkeeper Gianluigi Donnarumma.

However, the French champions quickly restored their advantage, with Mendes racing to finish with his left boot and Messi combining with Neymar before the Argentina international netted PSG’s fourth goal.

Messi played a perfect pass to Neymar for the Brazilian striker’s second effort in the 60th minute, while Mbappe’s 86th-minute penalty secured a relatively even victory for Christophe Galtier’s side despite the effort from Yamami in the 70th minute.

PSG will then face Nantes in the Trophée des Champions, disputed between the winners of Ligue 1 and the Coupe de France, on Sunday.