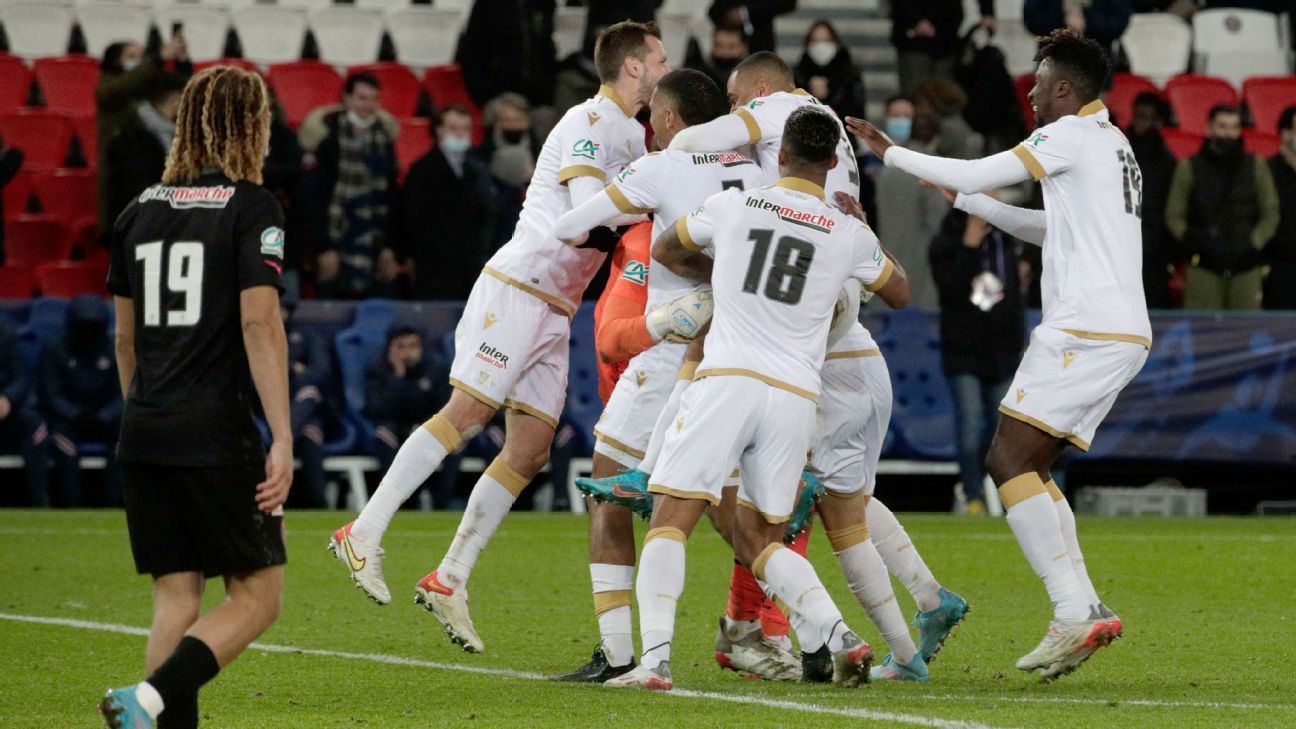 Goalkeeper Marcin Bulka made two saves in the shootout as Nice eliminated holders Paris Saint-Germain 6-5 on penalties after a goalless draw in their Coupe de France round of 16 match on Monday .

Bulka is on loan at Nice from PSG and halted efforts by Leandro Paredes and teenager Xavi Simons in the shootout to end PSG’s dominance in the cup, which they had won in six of seven recent seasons.

Nice will now host Marseille in the quarter-finals, following the draw made earlier on Monday.

The home side besieged the Nice goal after an uneventful first half at the Parc des Princes and there were plenty of second-half chances for Julian Draxler, Mauro Icardi, Lionel Messi, Marco Verratti and Kylian Mbappe after his arrival as a substitute.

But the closest PSG came when defender Presnel Kimpembe cleared an effort just before the line as he nearly headed a free kick into the Nice goal in the 71st minute.

The visitors, second in the Ligue 1 table behind the Parisian club, had two counter-attacking chances for Justin Kluivert blocked.

In next week’s quarter-final, the two giant Fourth Division killers, Bergerac and Versailles, have faced off while the other two matches see a top-flight side host Ligue 2 opposition. Nantes host Bastia and Monaco face Amiens.