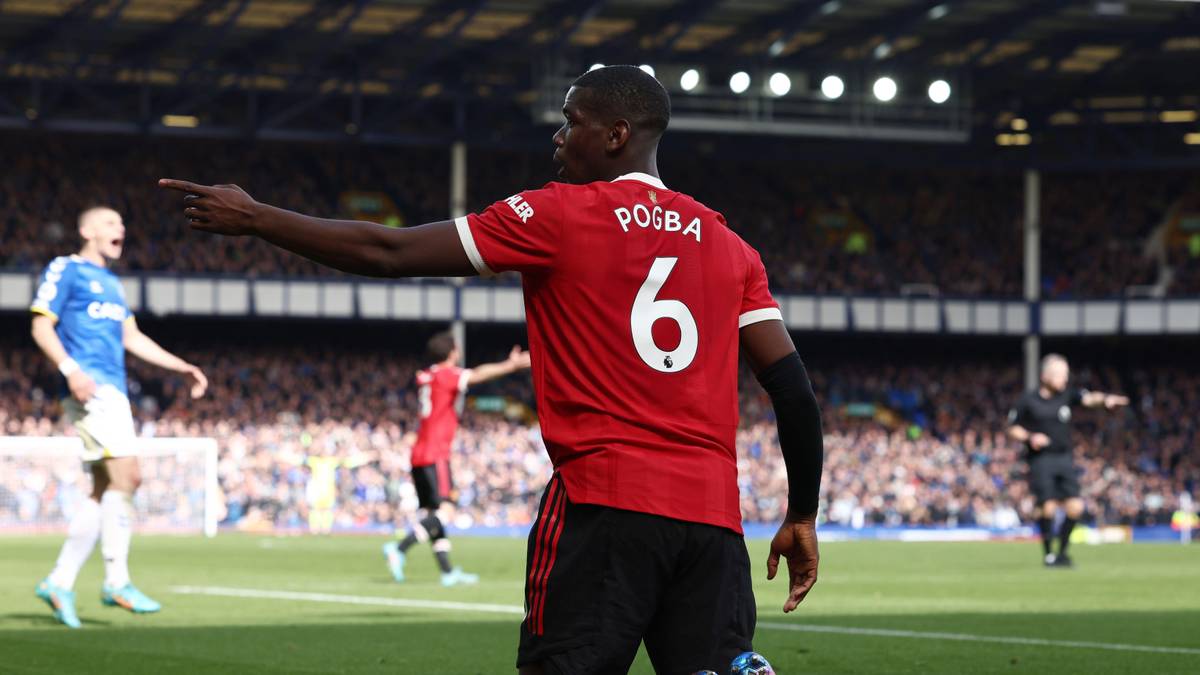 Paul Pogba reveals his future and talks about his career goals

The most significant part of Manchester United’s 2022 transfer window so far is that their former world-record £89million Paul Pogba left the club for free… again.

Since signing for the world-record Premier League side in 2016, Pogba at Manchester United has, to put it bluntly, failed. Why the move fell through is a debate for another time, however, most fans of Manchester’s red side will agree that the hype initially generated by his signing never really materialized beyond short bursts of brilliance.

Paul Pogba has no shortage of suitors for his signature, as he has been linked with several clubs this summer so far – but the most significant links have been with Italian side Juventus – the club he left United for the last time and the club who received his £89m fee.

Speaking about his future at Uninterrupted, Pogba explained that he wanted to take his time to consider his options.

“I just want the best for me, you know,” detailed the stylish Frenchman, sitting in a red Louis Vuitton plush and ripped blue jeans. “I think putting it all together, taking my time and just looking for the best [option]. I just want to play football, always be myself, always be myself and enjoy what I’m doing.

“I need to enjoy what I’m doing because otherwise, like I said, I can’t perform well. I don’t want to think negatively. We can lose games, lose trophies, but you have to be happy where you are and having fun.That’s what i’m looking for.

Fun is something Paul Pogba has talked about often – he’s always said he plays his best football when he’s having fun. This is no clearer than when he plays for France, where he is often surrounded by teammates who are also his close friends, such as Atletico Madrid striker Antoine Griezmann or Paris Saint-Germain star Kylian. Mbappe.

However, what can also be seen from this statement is that Paul Pogba hints that playing for Manchester United, on points, was not enjoyable. Pogba has always caused a huge rift between the club’s fans, with some saying he lacked the consistent authority to play for the club, while others say the team should have been built around him from the start.

In this interview, Pogba went on to talk about how he wants to use football as a vessel to impact the wider world.

“[Football] has a big impact, and it gives me some of these opportunities that I can be more than just a football player. I want to be an example, I want to be a legend on and off the pitch and help my people, help young children, just help the world and give them what I’ve learned through football and through everything else.

“I think some people would need that – it can be a boost for them, for the younger generation coming up. I just like helping people, I like helping the world, and I just want to do good because in the end, it [is what] will stay, you know.

It’s no secret that the story of Paul Pogba is one of a struggle for success. It has been widely reported over the years that as a child he had to share a bed with his family to sleep at night, and it is this kind of experience he is referring to when he says he wants to give to people “what he learned” through more than football.

Paul Pogba, as mentioned earlier, is an incredibly divisive character. Some see him as a selfish, egocentric young man who cares more about himself and his own image than his job as a footballer – and those who hold that view have a valid reason to feel that way.

An example of this is a game that was played between Manchester United and Liverpool in January 2017, which Pogba used as a show to launch his Twitter emoji. The luminary had his emoji all over the billboards, and he had it painted on his hair.

In that game he then had a terrible game, awarded a penalty and was saved from blame for a loss by a late equalizer from Zlatan Ibrahimovic.

But, despite stunts like this, Pogba reaffirms that he wants to be a good role model through his religion.

“Sometimes being a Muslim is not easy, but you just try to set an example of Muslims in sports, and just in real life that’s not what we can see sometimes in the media – we are just normal people too and we try to follow our religion in the best way possible and just give a smile, do good deeds to people who will do nice things and try to help the world in the same way way than the previous people who were doing it – we’re just trying to follow that.

Paul Pogba and Manchester United part ways is a decision best suited to all parties. It’s a decision that hurts either party in the short term, but in the long term, both will most likely benefit.

There is no doubt among many fans that wherever Pogba ends up next, he will most likely rediscover the form that got him into the 2015 UEFA World XI, which won him the 2018 World Cup and earned the title of the most expensive player in history in 2016. It’s just a shame that it couldn’t happen at Manchester United.