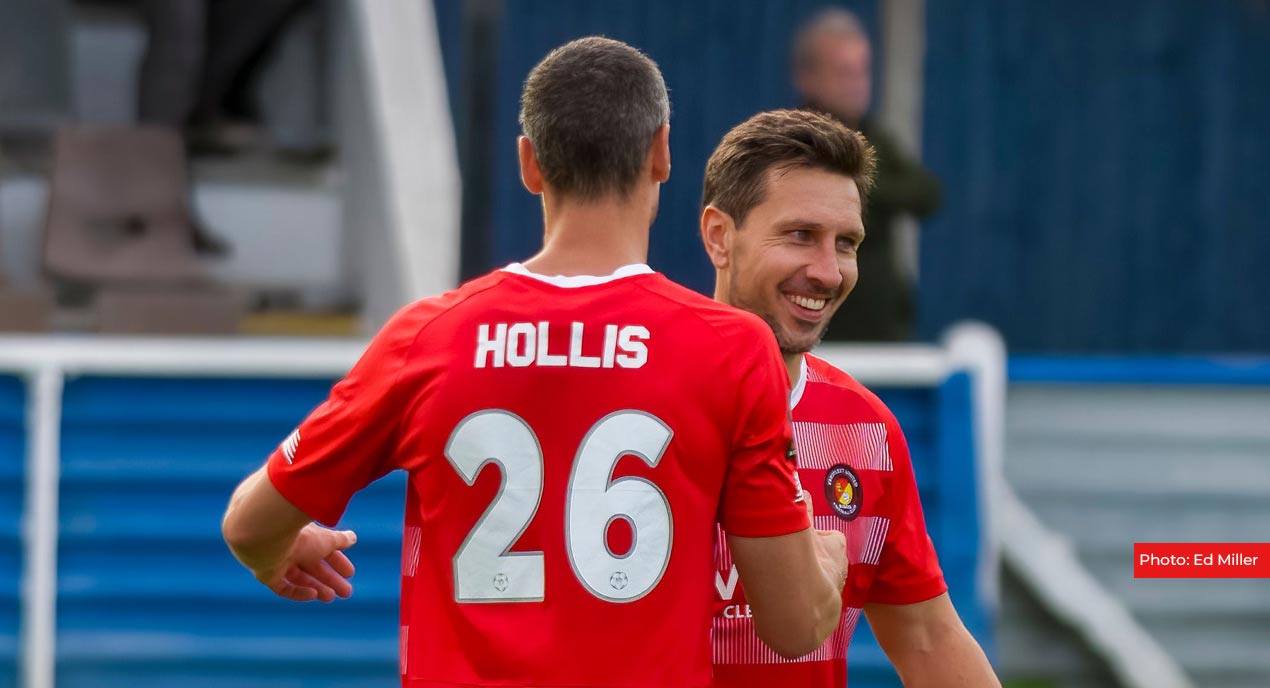 This is back-to-back four-hour round trips for the fleet, as the visit to Hungerford is closely followed mid-week by our second Tuesday evening trip to Oxford in as many seasons.

Last season’s other play-off contenders – whose interest Dorking Wanderers have also ended their interest in – find the situation a bit more mixed so far in 2022/23 as they sit in the middle of the table with four wins, one draw and four losses, but they still provided fierce competition for the fleet, especially on their own patch at Marsh Lane (or the RAW Charging Stadium as it is currently known).

Fierce competition was exactly what Fleet had to overcome at Hungerford on Saturday and although the defense was not unduly tested until the latter stages of it, the three points obtained were as vital and well deserved as any another this season.

Although Dennis Kutrieb hasn’t had any injury problems after those 90 minutes, he will no doubt be looking to freshen things up for the second round of intense effort in four days. Craig Tanner and Josh Wright both missed the Hungerford game and while Omari Sterling-James and Shaq Coulthirst saw the action from the bench.

“Playing on Tuesday we will have to make sure everyone is ready with maybe new bodies,” the fleet boss said. “Greg Cundle we took off after 60 minutes, Omari had half an hour so we’ll want to use them or some of the others who have rested again.

“It will be 100 per cent a different game from Hungerford, with a different surface on the 3G pitch. Oxford haven’t had the results they’ve been hoping for recently. They could have easily had more points, they were unlucky late in the game so I don’t get carried away looking at how many points they have or don’t have on the board. We know they are really strong and deserved to be in the play-offs last season, so we know what we have to do.

Oxford may not be in a rich form vein at the moment, having gone four league games without a win, but the fact that they took a three-goal lead at home to Bath City on Saturday should ring a bell. alarm, as was the fact that they had been on a four-game winning streak and clean sheets through August. Indeed, they were denied a victory over Bath only by a rather unfortunate handball decision against them which was clearly off the beaten track.

The Hoops have scored in all four of their home games so far and – until Dominic Poleon’s recent goalscoring streak – possessed the division’s top scorer, Klaidi Lolos, a summer signing from Torquay United.

The former Greece U19 international has scored six goals in nine games while another more recent arrival, Antigua and Barbuda international Josh Parker has experience with Gillingham, Charlton and Wycombe and he has scored two times this weekend.

As always, Fleet will have to keep an eye on our namesake in midfield, Reece Fleet, whose incredible solo effort last season won the game for Oxford despite the visitors besieging the home goal afterwards.

It was in defense that the Hoops lost much of their main line-up from last season, with Dan Matsuzaka and Harry Kyprianou at Weymouth, as well as the much-loved Zico Asare at Maidenhead. Former Fleet centre-back Charlie Rowan is still around this season, despite missing recent games through suspension.

Tickets for Tuesday night’s match are discounted if purchased online, which can be done by clicking HERE.