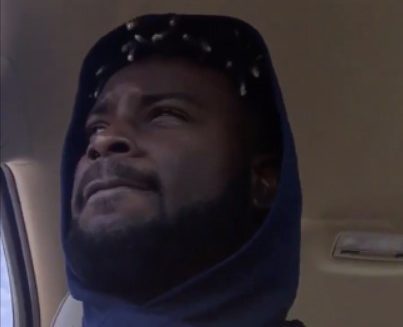 Pro footballer cut for wanting pizza instead of this dish (video)

A professional soccer player has been kicked from his team for asking for pizza.

Former Pittsburgh Maulers running back De’Veon Smith was able to capture the moment he was fired from his United States Football League team that aired in the league documentary.

Bro got cut by a USFL team for ordering pizza instead of chicken salad??? lmaoooo pic.twitter.com/Vo7n7HD0PU

In the clip, which now has more than five million views on Twitter, Smith was called in to meet coach Kirby Wilson.

“Well, he crossed the line,” Wilson said in the clip.

Apparently, Smith entered the team cafeteria, where a chicken salad was being served. Smith didn’t want chicken salad and saw another employee walk in with a pizza. When Smith asked this employee for pizza and was refused, the employee asked if that was going to be a problem. Smith replied “yes”.

The franchise interpreted Smith’s interaction with the employee as disrespectful, violating a team rule, which led to the running back’s removal.

The running back said he spoke to his former coach after he was cut and the coach told him he would vouch for his character in the future if needed.