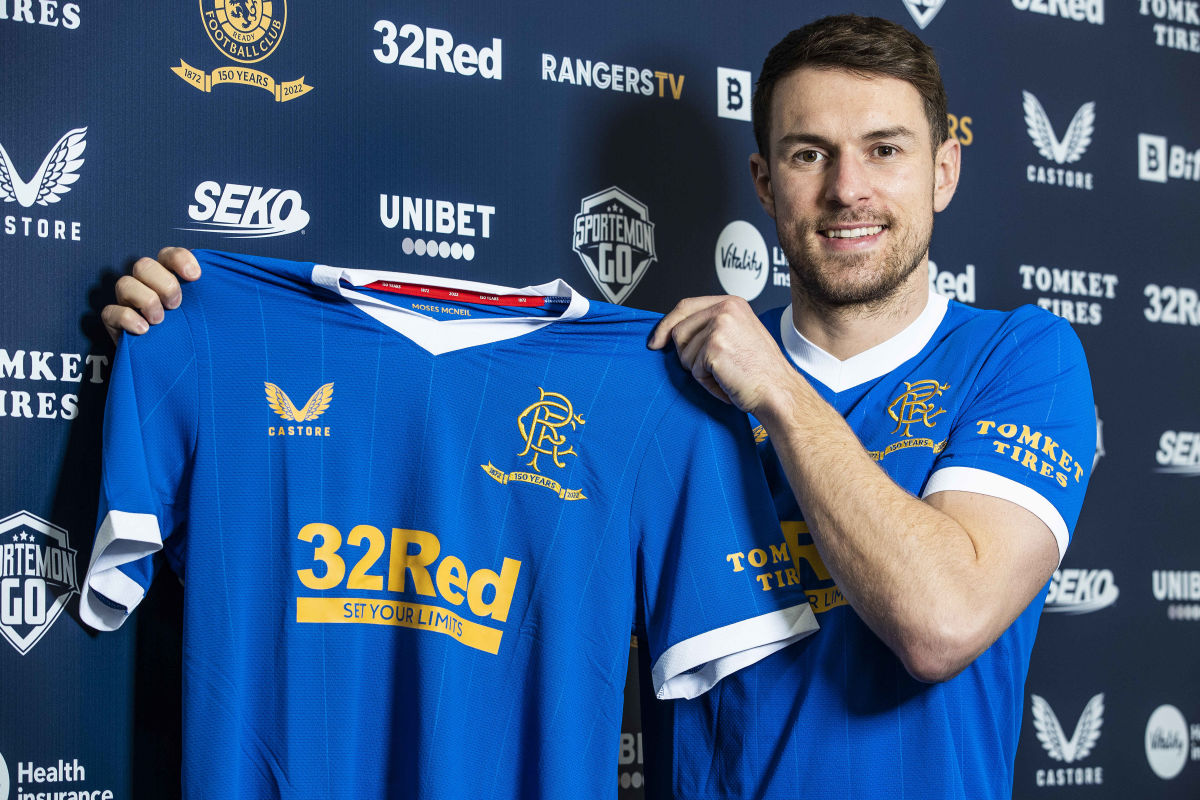 RANGERS are delighted to announce the signing of Welsh international midfielder Aaron Ramsey on loan from Juventus until the end of the season.

The former Arsenal man will add quality and competition to the middle of the park for Giovanni van Bronckhorst’s side as they continue to compete on three fronts between now and May.

Ramsey started his career at Cardiff City and was their youngest player. After helping the Championship side reach the FA Cup final in 2008, he moved to Arsenal.

With the Gunners, he scored the winner against Allan McGregor’s Hull City in the 2014 FA Cup final, won the tournament again the following year and notched another winner in the 2017 final.

In all, he made 371 appearances for the London club during an extraordinary 11-year spell which was punctuated with loan spells at Nottingham Forest and Cardiff in 2010/11 as he recovered from a broken leg .

He joined Juve in 2019 and made 83 appearances for the Old Lady in two and a half seasons. Around this time he also added a Serie A title and a Coppa Italia to his name.

Internationally, Ramsey has been a mainstay of the Wales national team for several years. He was a key part of the squad that won them qualification for Euro 2016 – their first major tournament in 58 years.

He was subsequently named in UEFA’s ‘Team of the Tournament’ for his role in helping the Welsh to an unprecedented semi-final, where with Ramsey suspended they were ultimately defeated by Portugal.

Ramsey would also help the Welsh at the rescheduled Euro 2020, and there they again came out of their group for the last 16 where they were beaten by Denmark.

In all, he has 71 Welsh caps to his name and scored 20 times for his country. He also played for Great Britain at the 2012 Olympics, scoring once in five appearances.

Ramsey now arrives at Rangers to add his wealth of international experience, in the Champions League, Premier League and Serie A, to the squad.

Speaking after agreeing his deal with Rangers, a delighted Ramsey said“I’m really happy to be joining a club like Rangers, where there’s so much to look forward to by May.

“I had a number of offers on the table, but none matched the scale of this club, with European football and the ability to play in front of 50,000 fans every two weeks.

“I’ve had fantastic conversations with the manager and Ross Wilson, and I’m really looking forward to working with them and meeting the supporters.”

Manager, Giovanni van Bronckhorst, continued: “I am absolutely delighted that we have been able to add a player of Aaron’s quality, experience and leadership to our team.

“As soon as this was brought up as a possibility, I was really keen that we try everything to get the deal done, and huge credit has to go to Ross and the board for the job they’ve done on this. topic.

“I can’t wait to welcome Aaron to the training center tomorrow.”

Sporting Director, Ross Wilson, added: “It’s a really exciting signing for Rangers and Aaron. As soon as I was informed of the opportunity we had to bring Aaron to Rangers about a week ago, we worked very hard to obtain his signature.

“Not only is Aaron a world-class player who will play a key role in our team, but his level of ability and professional standards will be an inspiration to our current players.

“We see Aaron as a leader, a quality player and a wonderful character to bring to our club. I have admired his career since emerging at Cardiff and through Arsenal, Juventus and with Wales. We all look forward to working closely with him.

“I am grateful to Juventus for their professional approach and discretion. Both Juventus and Aaron have received many great offers from elsewhere and we are delighted that he has chosen Rangers.

“Any deal we reach must respect our normal salary model and Aaron’s desire to play here has enabled us to achieve this with the cooperation of Juventus.”