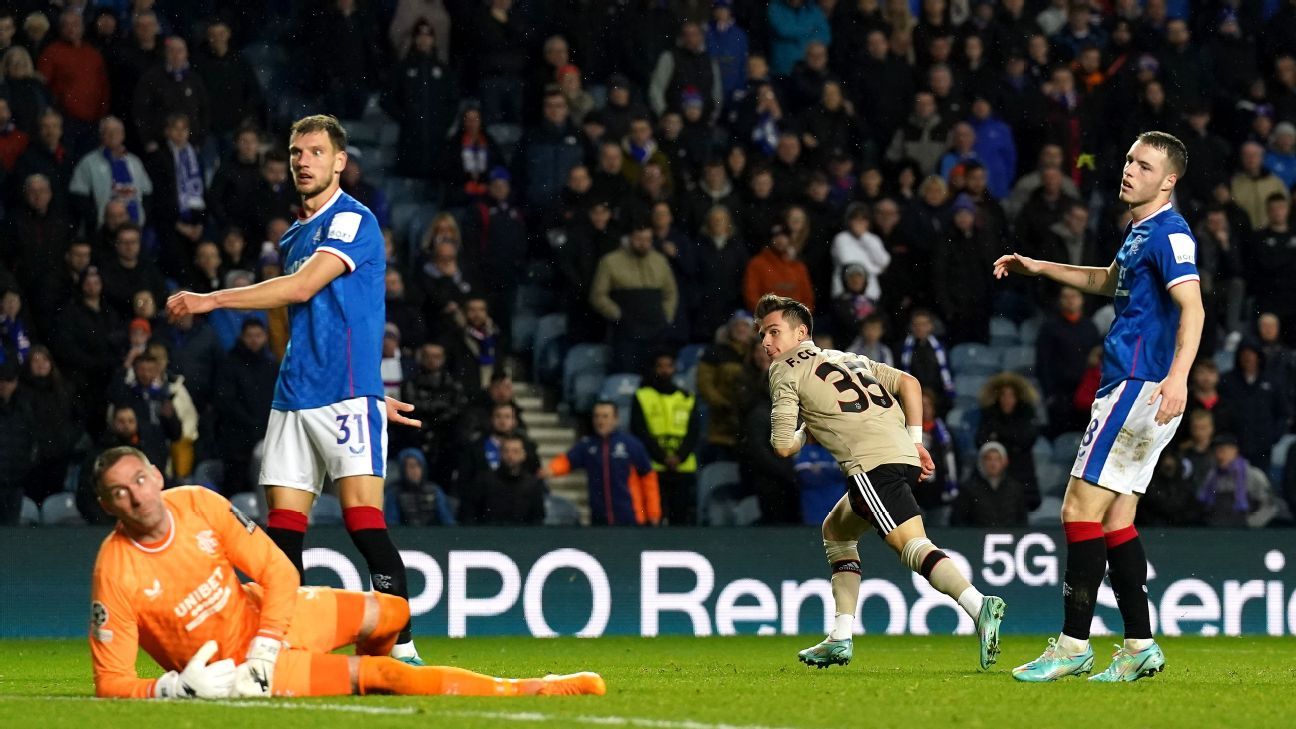 Ajax secured a place in the Europa League by beating Rangers 3-1 at Ibrox on Tuesday to add to the Champions League misery on the Scottish club.

Ajax finished third in Group A, behind Napoli and Liverpool, and will enter the Europa League qualifiers as Rangers finished bottom after losing all six group games – the first Scottish side to suffer the fate – and have returned the worst numbers in three decades of Champions League group competition.

Steven Berghuis put Ajax ahead with a missed shot in the fourth minute after being tackled by Mohammed Kudus, who then added a second with a deflected shot in the 29th minute.

Rangers captain James Tavernier pulled a goal from the penalty spot four minutes from time – only their second goal of the group stage – but Ajax restored their two-goal lead through teenage substitute Francisco Conceicao two minutes from time. later.

Rangers, who needed to win by five goals to overtake Ajax and win the Europa League tie, were mocked at half-time.

Czech club Viktoria Plzen also lost all six of their games this season on a minus 19 goal difference after losing 4-2 at home to Barcelona on Tuesday.