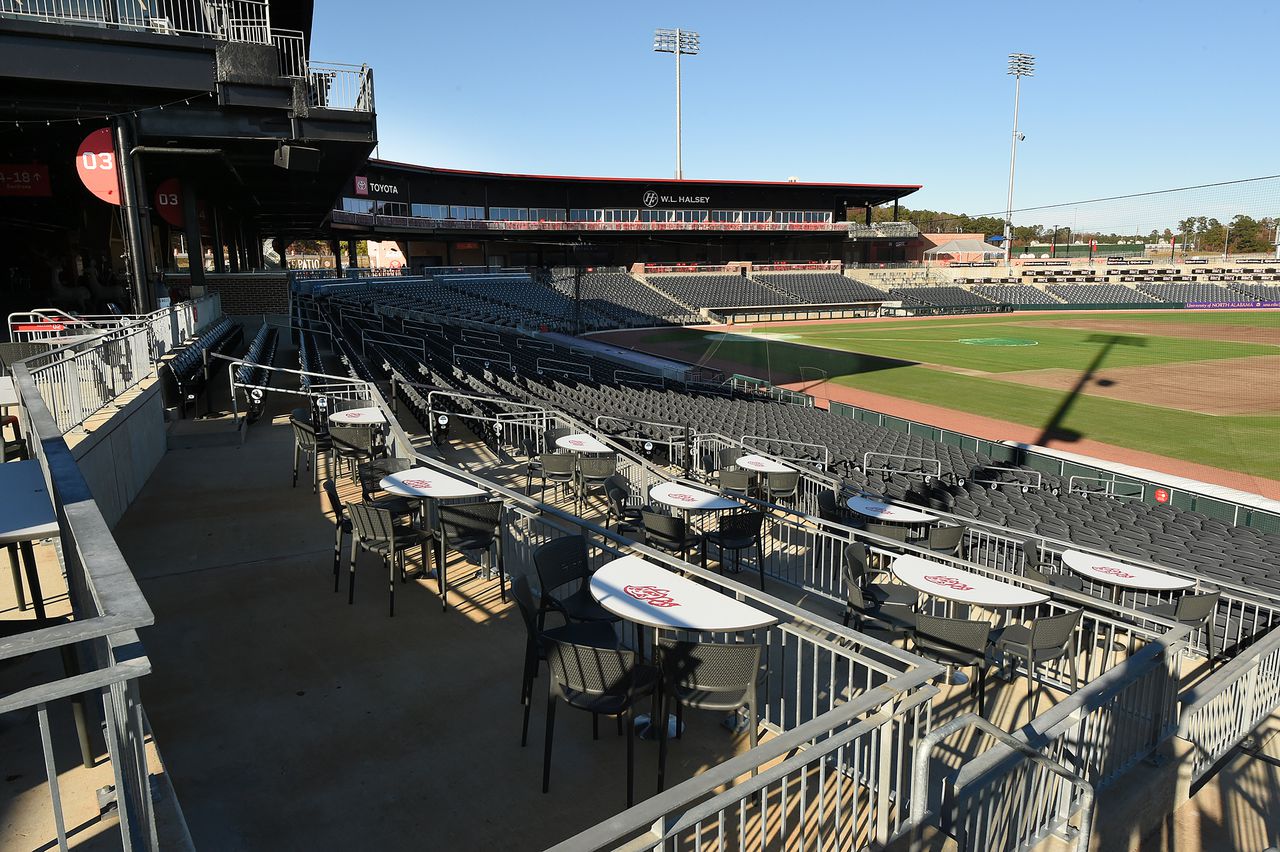 The University of North Alabama will play Jacksonville State University next season, not in Florence or Jacksonville. Instead, the game will be played in Madison at Toyota Field – the home of minor league baseball’s Rocket City Trash Pandas.

Madison and the Trash Pandas announced Monday that Monday’s football game will be on Oct. 15 at 6 p.m. The match was originally to be played at the Braly stadium in Florence.

It will be the first college football game to be played at the $46 million facility located about 10 miles west of downtown Huntsville. The City of Madison introduced the stadium as a multi-purpose venue and not strictly a facility for minor league baseball and the football game is perhaps the most dramatic demonstration of the facility’s versatility.

“When we built Toyota Field, the vision for the site was always to serve as a multi-purpose space for many different events in the city of Madison,” Mayor Paul Finley said in a statement. “We are thrilled to add this huge college rivalry game as our first football effort. Thanks to our partners at UNA, the Trash Pandas and the Convention & Visitors Bureau, we are proud to bring this vision to life for what will be an exciting event. Hosting an event like this will create tremendous economic impact for our city and showcase our crown jewel.

The stadium will be reconfigured to host the football match.

“We are thrilled to bring the tradition and pageantry of UNA football to Toyota Field this fall,” UNA President Ken Kitts said in a statement. “The Madison-Huntsville market is critical to us, not just because of our large alumni base, but because of the depth of outstanding students in the area who are prospective UNA students. Hosting this game is a tremendous opportunity for us to expand our brand and embrace the next generation of UNA students.

The Trash Pandas said about 10,000 people will be expected at the stadium which has a baseball capacity of about 7,000 and the event will have an economic impact of about $1 million for the Madison area.

“In a state with a deep passion for football, we are proud to lead the charge in bringing this game to life and reimagining Toyota Field as a football facility,” Judy Ryals, president and CEO of the Huntsville/Madison County Convention. & Visitors Bureau, said in a statement. “We look forward to maximizing the opportunity to bring visitors for the weekend, but also to introduce people to our area via the ESPN+ broadcast to show why Rocket City is such a special place.”

Although the game is not a Trash Pandas game, it will be a Trash Pandas event and the team plans to create the friendly atmosphere found at baseball games.

“Thanks to the special relationships forged over the past few months, we look forward to welcoming UNA to Toyota Field for a unique experience that we provide to all of our fans every night during baseball season,” Garrett Fahrmann, general manager of the Rockets City Trash Pandas, said in a statement. “While this event has some unique features, our goal is to keep the same mindset we have for the Trash Pandas games – to create a special experience for fans that will keep them coming back for another event at Toyota Field. .”

MartinFed, a Huntsville-based federal solutions company specializing in cyber, IT, engineering and training, will be the game’s lead sponsor. Matthew Schmitz, MartinFed’s chief growth officer, is an alumni of UNA.

Tickets for the match will go on sale to the public on July 18 at Trash Pandas outlets. UNA and Trash Pandas season ticket holders will have pre-sale opportunities ahead of the public sale. The Trash Pandas said there are also several premium options available, including cabanas on the grounds, a dugout suite, sky deck seating and mini-suites in the SportsMed Club area.