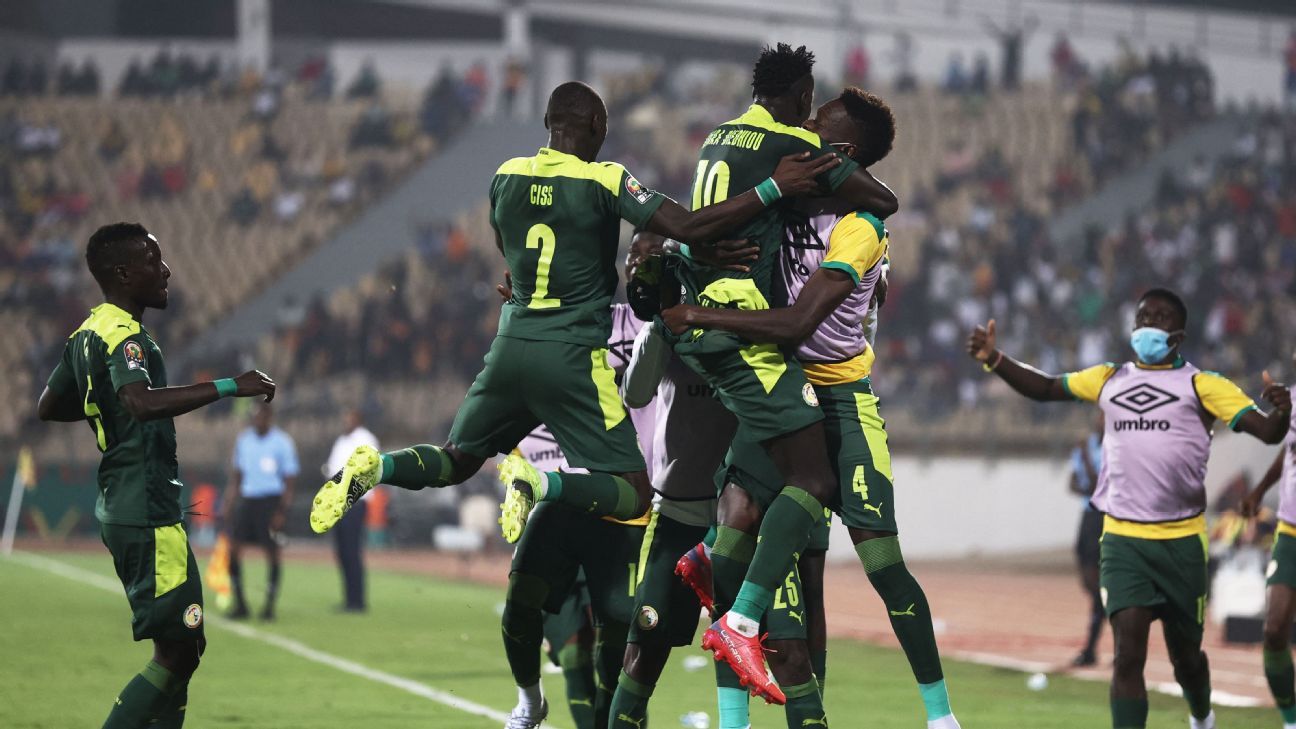 Senegal saw the threat from giant-slayers Equatorial Guinea and won 3-1 in the quarter-final of the Africa Cup of Nations on Sunday to advance to the last four of the tournament in Cameroon.

Famara Diedhiou opened the scoring for Senegal, who then conceded a surprise equalizer to Jannick Buyla, only substitutes Cheikhou Kouyate and Ismaila Sarr came back and restored Senegal’s lead and put the result beyond doubt.

Senegal, one of the pre-tournament favourites, booked a semi-final meeting with Burkina Faso on Wednesday.

Earlier on Sunday, in the first of two matches at the Ahmadou Ahidjou Stadium, Egypt beat Morocco 2-1 after extra time and will face hosts Cameroon in the other semi-final on Thursday.

Diedhiou got a defensive pass from Sadio Mane after 28 minutes, got past the centre-backs and struck home with a first effort with his left foot.

It looked like it could open the floodgates for a gap between Africa’s top-ranked team and a team from Equatorial Guinea, who are 94 places below them in the FIFA rankings.

But Senegal were unable to add goals despite dominating in the first half, then found themselves in a tight spot five minutes after the restart.

They were awarded a penalty when a pass from Iban Salvador hit captain Kalildou Koulibaly in the hand, but referee Victor Gomes changed his mind after reviewing his decision on the pitchside VAR screen .

Koulibaly was struck in the hand, but at close range and without his arm being removed from his body.

Despite the disappointment of not receiving a free kick, Equatorial Guinea stormed on and an exchange of passes on the edge of the box allowed Buyla to equalize in the 57th minute.

They had already beaten defending champions Algeria, Sierra Leone and Mali in their previous matches and were eyeing another major scalp.

However, the parity lasted less than 10 minutes as Kouyate restored the advantage to his team, three minutes after coming on in the 65th minute.

A mix-up in the Equatorial Guinea defense saw both centre-backs challenge the same high ball, knocking it backwards where Kouyate deftly infiltrated and lifted his goal past goalkeeper Jesus Owono.

Senegal secured the result when Sarr had an easy tap-in in the 79th minute. He had come on for his first appearance in the tournament and immediately grabbed the ball, dominating the later stages of the competition.

It was his first match since suffering a serious knee injury while playing for Watford against Manchester United in November and his arrival at the tournament followed a standoff over his availability between club and country.