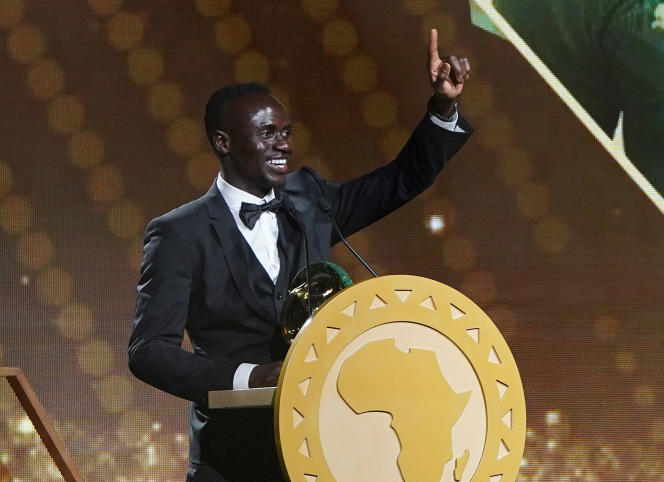 Senegalese footballer Sadio Mané, Bayern Munich striker, was named best African player of the year 2022 during the CAF Awards ceremony organized by the Confederation of African Football (CAF), Thursday, July 21 in Rabat. He had already won this award in 2019 while playing for Liverpool. The prize was not awarded in 2020 and 2021 due to the Covid-19 pandemic. Sadio Mané, 30, was one of the architects of Senegal’s coronation at the African Cup of Nations (CAN) in February 2022. He notably scored the decisive shot on goal in the final against Egypt.

Read also: “Sadio Mané is a natural candidate for the Ballon d’Or, but the football world only has eyes for Karim Benzema”

Transferred this summer to the Bavarian club, the Senegalese was present at the award ceremony, the day after a friendly match won 6-2 by his new team in Washington against DC United and during which he scored a goal from the penalty spot . He edged out former Liverpool strike partner and AFCON runner-up Egyptian Mohamed Salah and fellow Chelsea goalkeeper Edouard Mendy. Sadio Mané began his professional career in Metz (France) before successively joining RB Salzburg, Southampton, Liverpool and Bayern Munich.

The World with AFP