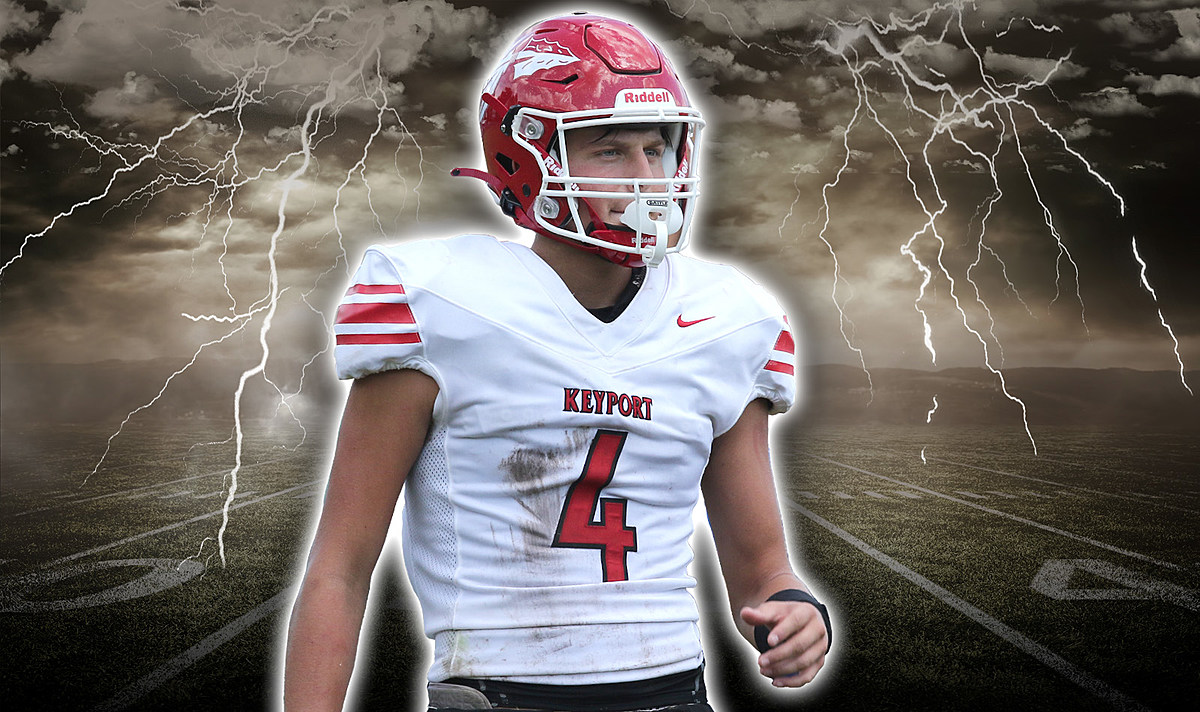 The Week 4 Player of the Week is Keyport quarterback / main linebacker George Mitchell, who contributed the Red Raiders’ three offensive points as they rallied for a 17-14 win over Pinelands to move up to 4 -0 and match their best start since the 2009 season. Mitchell and all Player of the Week winners this season will receive a $ 25 gift card towards Restaurant of the 70 tag.

Last Friday, Keyport traveled 66 miles from Bayshore to Little Egg Harbor for a National Division game against the Wildcats and found himself in an 11-point hole at halftime. Mitchell kicked a 28-yard field goal to give Keyport a 3-0 lead early on, but Pinelands took the lead on a rushed touchdown in the first quarter and another in the second quarter thanks to his tight double-winged double attack. .

Mitchell spearheaded the Red Raiders rally, completing 11 of 18 passes for 110 yards and two touchdowns and also rushing for a record 76 yards in just nine carries. He also made three tackles in defense.

The comeback began in the third quarter when Mitchell threw a 7-yard touchdown pass to senior receiver DJ Thomson. The two-point conversion attempt failed, but Keyport was now 14-9. The fire touchdown came early in the fourth quarter when Mitchell hooked up with senior wide receiver Zivon Crank for a 38-yard touchdown that gave the Raiders a 15-14 lead. The defense did the rest, adding late safety for the spectacular 17-14 victory.

Mitchell has been terrific for Keyport this season, completing 61% of his passes for 510 yards with eight touchdowns and just one interception. He also ran for 165 yards and a touchdown averaging 6.9 yards per carry. In defense, Mitchell had 22 tackles and a sack.

Keyport has not started 5-0 since his 11-1 season in 2003 and will try to do so on Saturday afternoon when he hosts Monmouth Regional at Jackson Street for a massive National Division game. Both teams enter the division with a 3-0 mark and the winner can take at least part of the division championship with a victory.

It was another tight voting week with Mitchell securing 12.36 percent of all votes cast to win Sean Masonius of Red Bank with Pete Pezzullo of St. John Vianney, Geoff Schroeder of Rumson-Fair Haven and Jaden Brown of Southern including the first five.