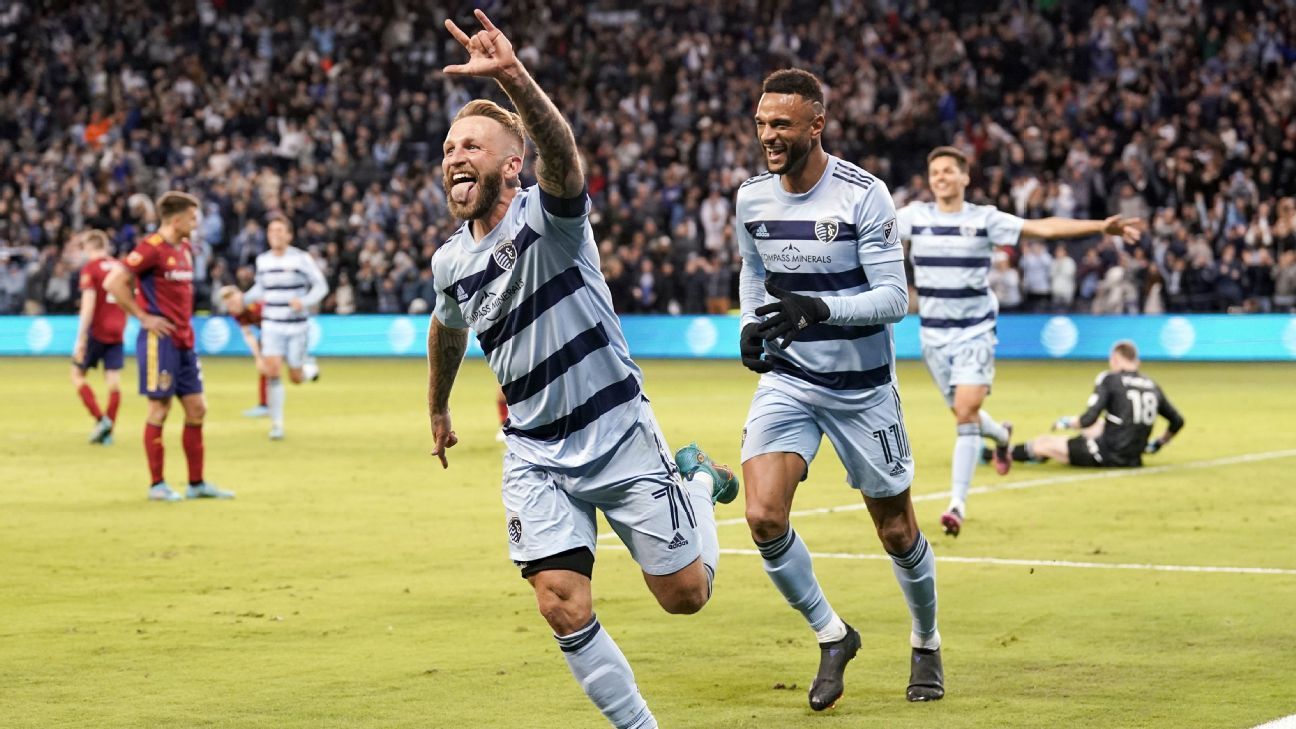 The goal was Russell’s first of the season. He picked up the ball just outside the penalty area on the right side and evaded six different RSL defenders before clearing former goalkeeper Zac MacMath.

Sporting KC controlled the pace throughout the latter part of the second half but were unable to get on the board before Russell’s late effort.

The victory was particularly sweet because of the opponent. RSL (3-1-1, 10 points) hadn’t lost at Children’s Mercy Park in the regular season since 2017.

Sporting KC nearly entered the table in the 61st minute on Saturday as Nikola Vujnovic came close to scoring his first goal of the season from close range but MacMath parried it.

Sporting KC have welcomed back strikers Daniel Salloi and Russell, who both missed the club’s last game through injury. SKC almost saw an immediate impact when Salloï’s first-minute attempt sailed wide of the net. RSL responded quickly with a shot inside the box from Jonathan Menendez in the fifth minute which was deflected by goalkeeper Tim Melia.

Neither team was able to mount much more of an offensive threat in the first half. Sporting, who are generally one of the best possession teams in MLS, controlled nearly two-thirds of possession over RSL, who traditionally do not control possession.