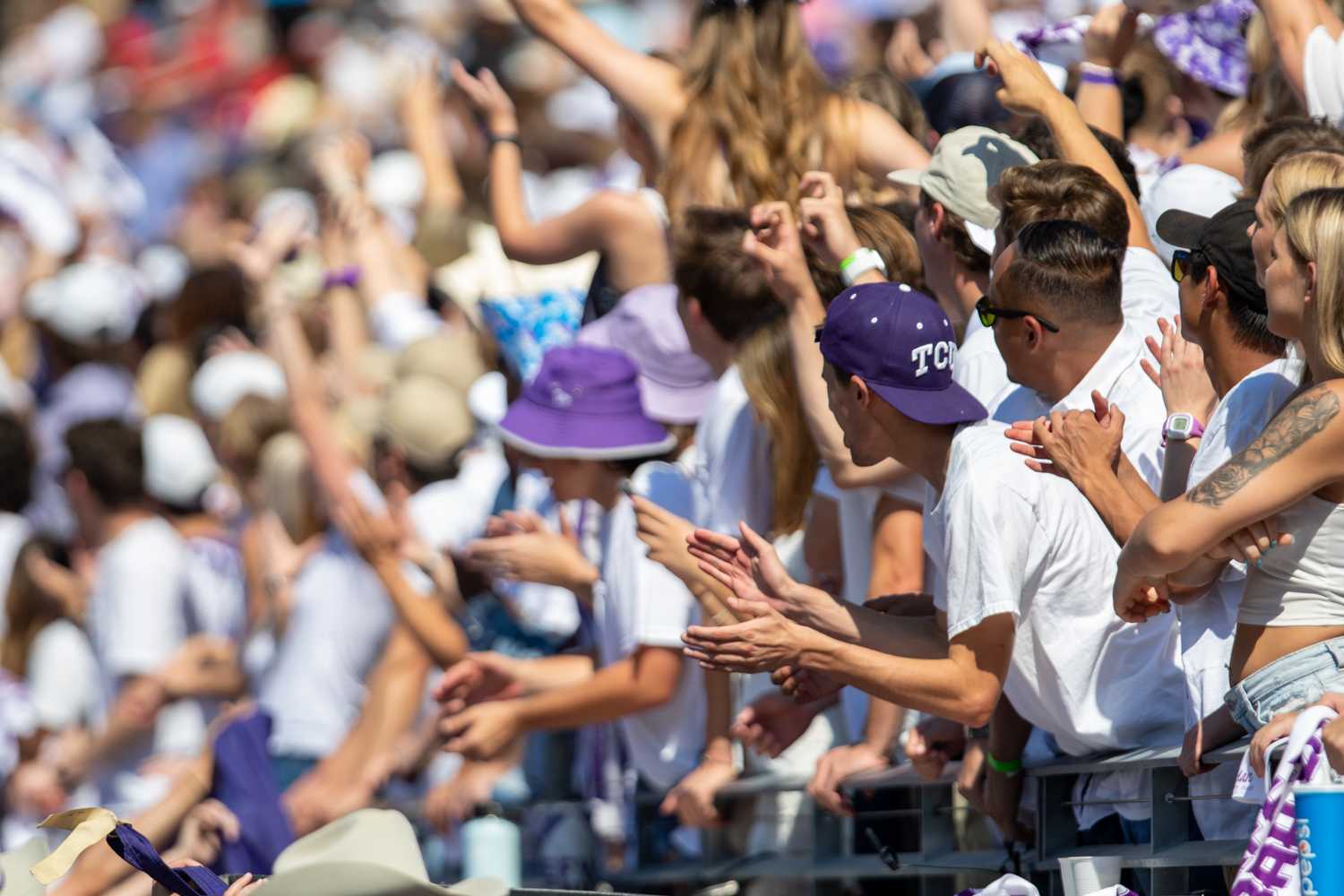 This year’s Iron Skillet game has more to do than brag about the decades-old rivalry between the Horned Frogs and SMU Mustangs.

Saturday’s game will mark the first time the teams will meet since TCU sent a helicopter to pick up new head coach Sonny Dykes, who previously coached at SMU.

There’s bad blood between the two teams, from tweets last year to coaching changes this year.

“If I bought a ticket to the game, I’d boo myself too,” Dykes said Tuesday when asked about the reception he expects to receive from SMU fans.

But there will be plenty of horned frogs in the stands cheering on the team. For the first time in recent history, TCU Athletics has purchased 400 tickets to give away to students who wish to attend the game.

Students began lining up at the ticket booths outside the Schollmaier Arena Monday morning as early as 4:55 a.m. By 7:15 a.m., the line snaked its way down the sidewalk along Stadium Drive. The students brought chairs and snacks to pass the time.

Dykes, along with Frog Club leaders, handed out donuts and wristbands. At 7:53 a.m., the ticket office opened. The last ticket was distributed around 9:30 a.m.

Freshmen Matthew Miller, a pre-business major, and Strong Beverly, a sports broadcasting major, got up early and in line at 5 a.m. Sophomore finance major EK Bell said she and her friends were online at 6 a.m.

“It’s the first time I’ve seen something like this since I’ve been here,” said music student Coleton Evans. “It’s hard to turn down a free ticket to a game with so much anticipation, even if it means being here so early.”

Saturday’s match will be the 101st match in the Battle for the Iron Skillet saga. The long-running rivalry began in 1915 and was dubbed “the battle for the iron pan” in 1946. TCU leads the series with a 51-42-7 record in the first 100 games, but the Frogs are looking for a win for the first time since 2018.