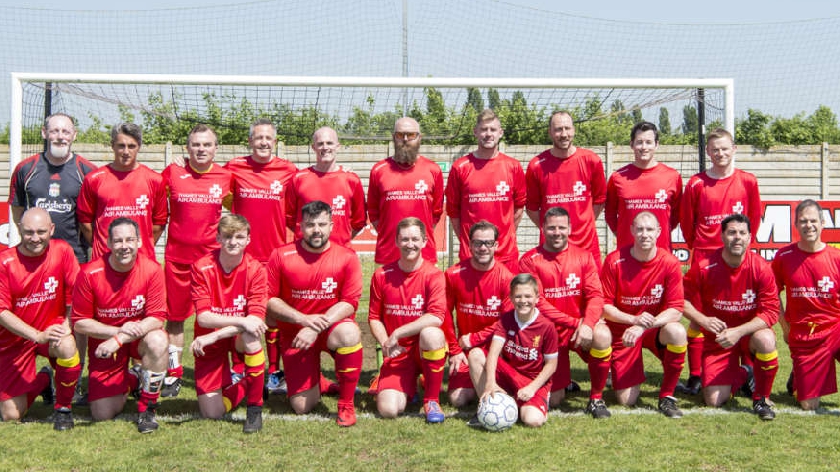 Thames Valley Air Ambulance is a charity providing emergency medical care by air and land to patients in Buckinghamshire, Oxfordshire and Berkshire.

Their paramedics and doctors are highly trained and bring the hospital to the patient.

The Thames Valley Air Ambulance Football Club was formed after a tragic accident in Thame. A young boy sadly died after being involved in a car accident, TVAA witnessed the incident but unfortunately could not save him. He was only 4 years old.

Thames Valley Air Ambulance then came up with the idea of â€‹â€‹hosting a charity football game that quickly turned into a Family Fun Day event in May 2017 and they were successful in raising funds for TVAA.

The players on the squad, made up mostly of dads from the school the young boy attended, all agreed to keep playing after such a successful event and continue to raise money for TVAA through football matches.

Since the formation of the team, they have participated in a whole series of events such as winter charity balls, sponsored races and so many other activities, all under the TVAA FC banner.

In addition to promoting the charity’s work and fundraising through donations from spectators and the opposition, the team also provides a positive social space for those associated with Thames Valley Air Ambulance.

The next TVAA charity football game will take place in Milton Keynes on Sunday 31 October.

You can help support the team by cheering them on or dusting your boots and donning your gear.

Visit the Thames Valley Air Ambulance XI Facebook page for more information on upcoming meetings and how to get involved.