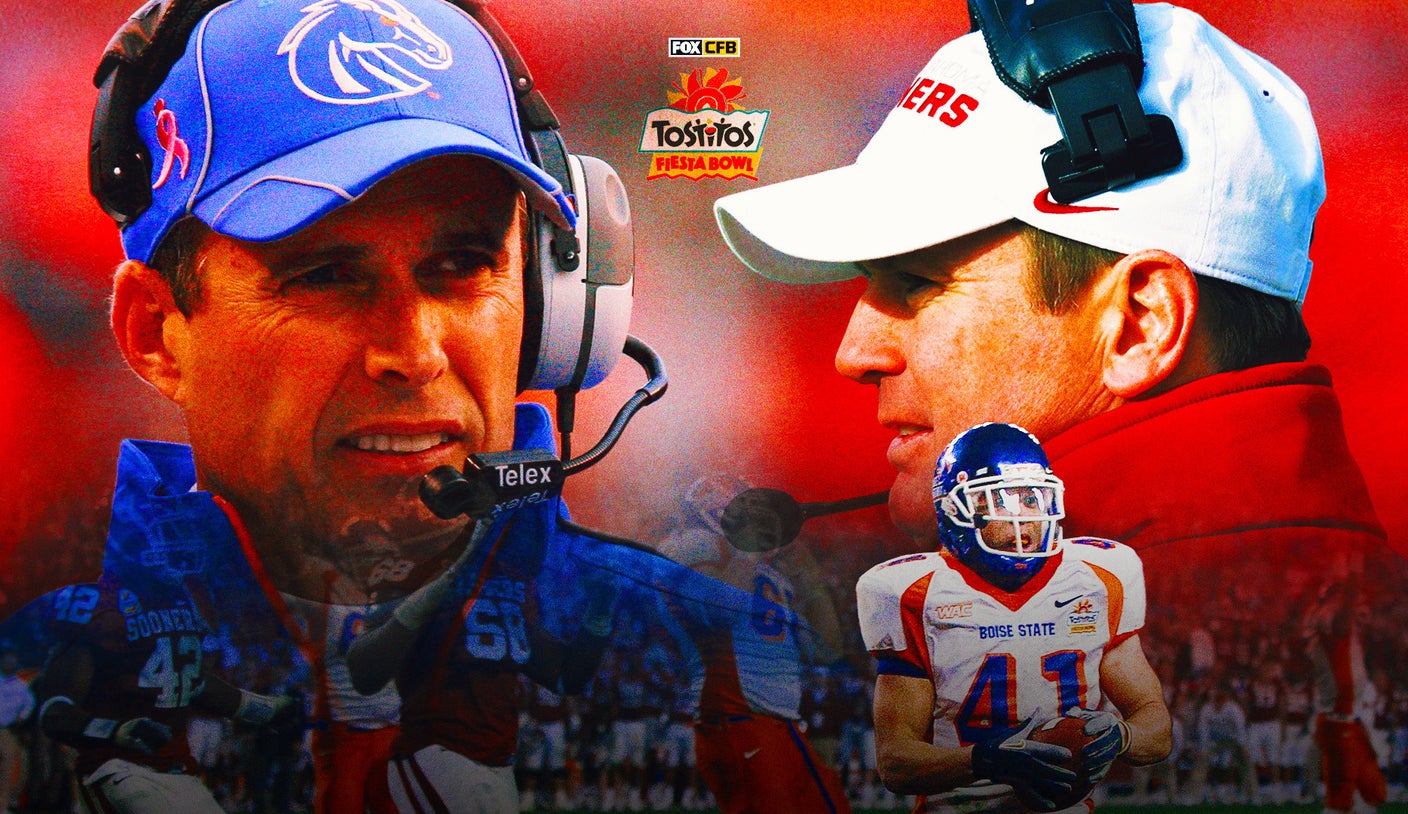 The 2007 Fiesta Bowl was one of the greatest games in college football history, the kind of game that if you watched back then, you’ll never forget.

Imagine what it would have been like to train in it.

Now you don’t have to. Bob Stoops and Chris Petersen, FOX Sports College football analysts were the coaches of that game, and they sat down to relive all the drama, including its epic ending.

The contest featured the powerhouse Oklahoma Sooners, who entered the game as Big 12 champions, sporting an 11-1 record and a No. 8 ranking in the AP Poll. On the other side were the No. 9-ranked WAC champion Boise State Broncos, one place below Oklahoma despite going a perfect 11-0 record.

The Sooners had Adrian Peterson, the dominant running back whom the Minnesota Vikings would make the No. 7 draft pick in the NFL Draft later that spring. The Broncos had a running back named Ian Johnson, who rushed for over 1,700 yards that season, but would become best known for the mark he left on that game.

The Sooners were favored by 7.5 points.

“Before the game we knew, we said ‘oh, these guys are really good,'” Stoops said.

“Did you really think that?” Peterson asked.

“I knew if we were going to have a chance, start fast and get some turnovers,” Petersen said.

And that’s exactly what happened. Boise State led 14-0 midway through the first quarter, 21-10 at halftime and 28-10 early in the third. The Broncos were sparked by two long touchdown passes from Jared Zabranksy to Drisan James, as well as a 27-yard pick six by Marty Tadman off Paul Thompson.

Boise State’s Marty Tadman scores on an interception return against Oklahoma in the 2007 Fiesta Bowl.

Oklahoma weren’t finished, however, scoring 18 straight points to tie at 28-28 with 1:12 to go. Zabranksy then threw his own pick of six, giving Oklahoma a 35-28 lead and appearing to freeze the game.

Sooners cornerback Marcus Walker celebrates his touchdown after an interception in the 2007 Fiesta Bowl that gave the Sooners a 35-28 lead with 1:02 to go.

But it was far from over.

Facing a fourth-and-18 and with just 18 seconds left, the Broncos hit a hook-and-side play – Zabransky hit James 15 yards down the field, and James immediately threw it to Jerard Rabb, who sprinted again 35 yards for a game. – equal hit.

The Broncos fought back, however, scoring on another trick play, this time a pass from receiver Vinny Perretta to tight end Derek Schouman in fourth-and-second.

“We were close, we had good coverage,” Stoops said. “[Perretta] just threw the ball like a quarterback.”

That’s when Petersen decided to go for the win, opting for a two-point conversion instead of hitting it for one. And Petersen had one last trick up his sleeve, a piece of “Statue of Liberty”.

Zabransky faked a pass into the right flat before delivering the ball behind his back to Johnson, who raced past the defense into the end zone, and the score winner.

Petersen said the game was risky due to how close Zabransky and Johnson were to making the transfer.

“Their feet almost collided,” he said. “They clicked in practice, and we tried to tell them, ‘make sure you get clearance.’ I think they even ticked.”

The former coaches shared a laugh after the video.

“If we want to keep our friendship, that’s true,” Stoops replied.

Watch the video above for the coaches’ commentary in one of the greatest college football games ever played.

Get more from college football Follow your favorites for game insights, news and more.