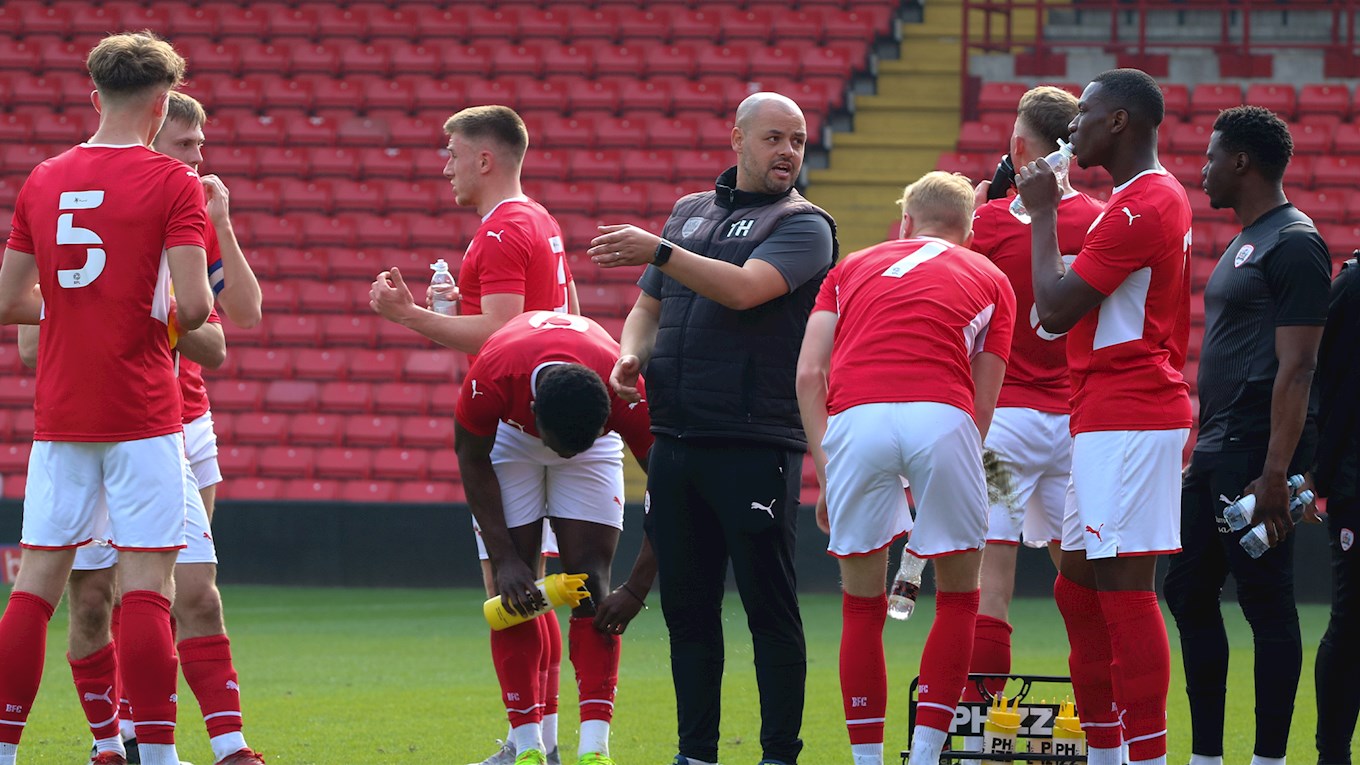 
Our U23s drew 0-0 with Swansea City on Tuesday afternoon at Oakwell in the Professional Development League.

Despite plenty of chances for both sides and the Swans having the ball in the back of the net, the scoreline remained goalless in the Anglo-Welsh affair.

U23 boss Martin Devaney was absent for the game, so Tom Harban took over for this one and thought the Reds were unfortunate not to come away with the three points.

“I thought we were aggressive all over the pitch, had really good opportunities on the press to win and break, which gave us some good scoring opportunities. Then on the other hand with the ball I thought we picked and chose our moments to play we played from the back when they wanted to get a little bit more aggressive we mixed things up we are fallen on the front, we used the width of the terrain.

“Overall, I’m really happy with the performance; it’s just disappointing that we couldn’t score a goal at the end just to reward what they did throughout the game.

The distinctive high pressure can be seen across all age groups within the club, and it’s something our U23s have used, with the visitors keen to play a possession style of football.

“As long as we’re organized and we know our triggers and we know when to go there, I think naturally, with the aggressiveness that we play against teams like this, we’re going to get some kind of joy,” said Harban.

“Swansea, just talking to their coach, they had to adapt and change a bit at half time which I think is a compliment to what the guys we are doing in the first half. But we like to play against teams that bring him down and pass him behind the back, I think that gives us opportunities to be aggressive and win the ball in the areas where we want to be.

“We have a style of play; we have a way we want to play. With the ball, I think we’re a bit more relaxed in that we can mix it up a bit, we can go more up front, or we can play in midfield, through the backs.

“But it all depends on the players, their decision-making, where they play the football at the end, in terms of the opposition set-up, how they approach the game, ‘are they seated, are they rushing us’, and I thought they were playing some really good stuff, our guys.

In a performance that saw the Reds dominate large periods of the game under the Oakwell sun, the only missing ingredient was a goal. Aiden Marsh and David Bremang both saw well-saved efforts from Swans keeper Josh Schofield who was tenacious opposition all afternoon.

“We just need to be a little more orderly, I think,” Harban supposed. “That end product – that final pass, that shot. The keeper made two or three good saves today so I can’t be too picky.

“We are in good areas, we had opportunities; the keeper kept them in the game, but we had plenty of other occasions where that last bit of quality let us down.

“So it’s a work in progress between the 18 and the 23, it’s an area we want to improve in and hopefully the guys will come back to the game and pick out things they can improve on. .”