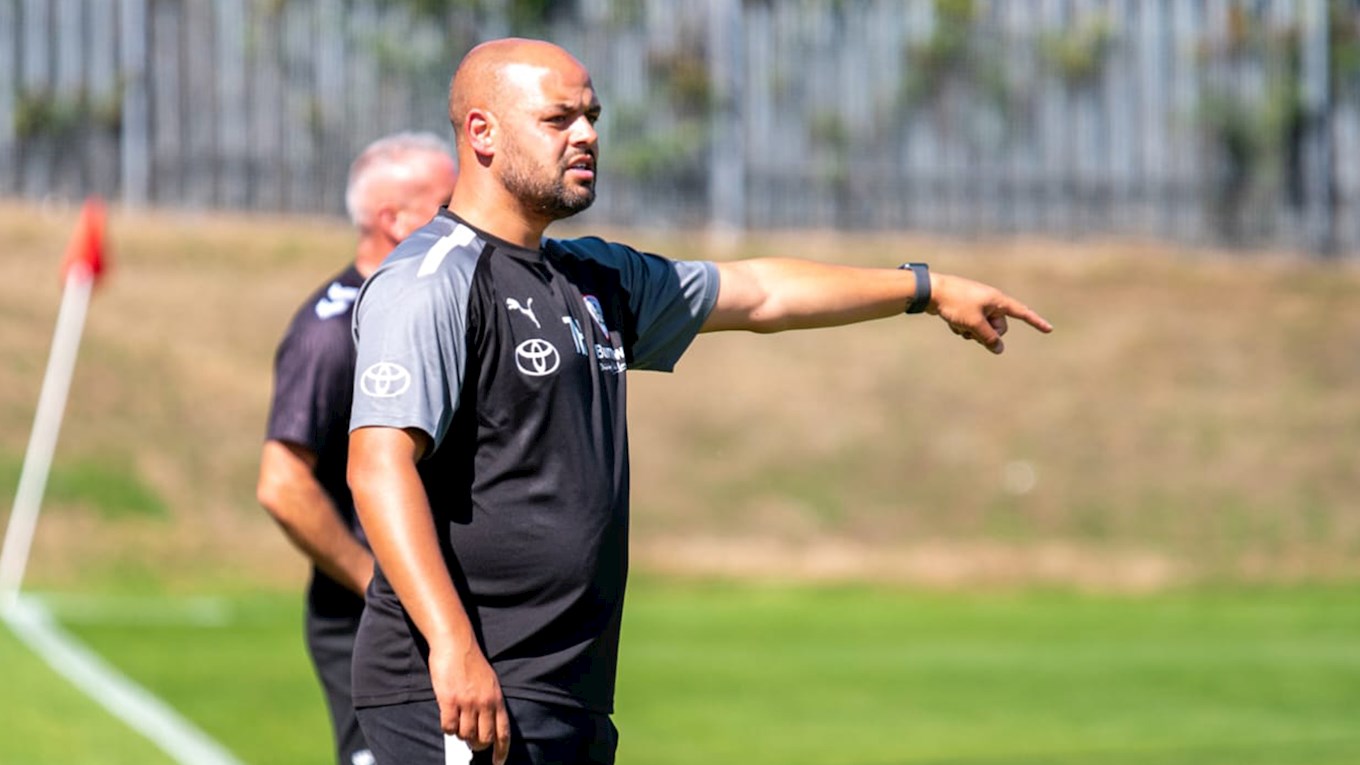 
After a hard-fought but ultimately disappointing 3-2 loss to Bristol City Under-23s in their first game of the season, Tom Harban made it clear how important it was for Barnsley’s young side to stick to the Game plan.

Despite Fabio Jalo’s 30th-minute dismissal, the young Reds nearly salvaged a point in what was an intense first outing of the Professional Development League campaign. A Robins first-minute goal set the precedent for the game which was unfortunately decided by a late strike from Palmer Holden to seal the visitors’ victory.

“I thought we got off to a really bad start, in terms of what we asked and said,” Harban discussed after the Reds conceded in the first minute of the game. “The game plan was that we knew Bristol City were going to come here and attack us and put us under pressure, so I’m disappointed the guys weren’t taking the information by not looking to turn them around early and play a bit in their own half to take the pressure off and get a sense of the game. We caused our own problems, 1-0 straight away.

“The second goal was probably a mistake on our part as well. All of those things can be stopped and learned, which is nice, it can make us a bit more comfortable and settle into games better, but in the together I think the guys did very well today.

A pivotal moment in the game came at the half hour mark when tensions mounted and the two teams clashed. After the scrum, Fabio Jalo received a direct red card, leaving the team to play 60 minutes one man and Harban with a selection headache for the next game.

“He will be missed, but Fabio needs to learn now,” he started. “He’s playing a little on the edge, but he’s getting into real football now and things like that cost your team dearly, as it did today. We had to do 60 minutes with ten men. They had to run harder and compete harder simply because he made a rash decision.

“I told him to learn from it, to be a bit brighter and maybe try to get a reaction from their player in the opposite direction. It’s disappointing, but as long as he learns from it, which he needs, it will benefit him in the long run.

The performances of both full-backs in the Barnsley squad stood out above the rest. Hayden Pickard was directly involved in setting up both goals, collecting the ball for the second before man on the other side, Kareem Hassan-Smith, sent the ball into the back of the net to level the scores. Harban praised both players for their efforts throughout the game.

“I think Hayden is doing very well; he played two years at the under-18s and one year at the under-16s,” he started. “I think he needs to be pushed, he needs to be tested at this level now physically and in all the pre-season games he didn’t look out of place and, again, he performed well. He must have worked extremely hard for the team, as they all did once Fab was sent off, and I’m really happy with his current position.

“Kareem is honest and works so hard. There are parts where he can improve his decision-making and his ball quality, but he can go up and down the field and be a threat in an attacking sense, and that’s why he entered the zone where he scored his goal. We have threats in the full-back areas, but we need to weed out stupid mistakes.

The coach stressed the importance for the team to correct the mistakes that cost them in the game. Asked what areas of improvement the team can focus on for the next game, Harban had only one thing to say.

“We have to stick to the game plan” he claimed, “especially the first doors, it could help, and that’s about it!”