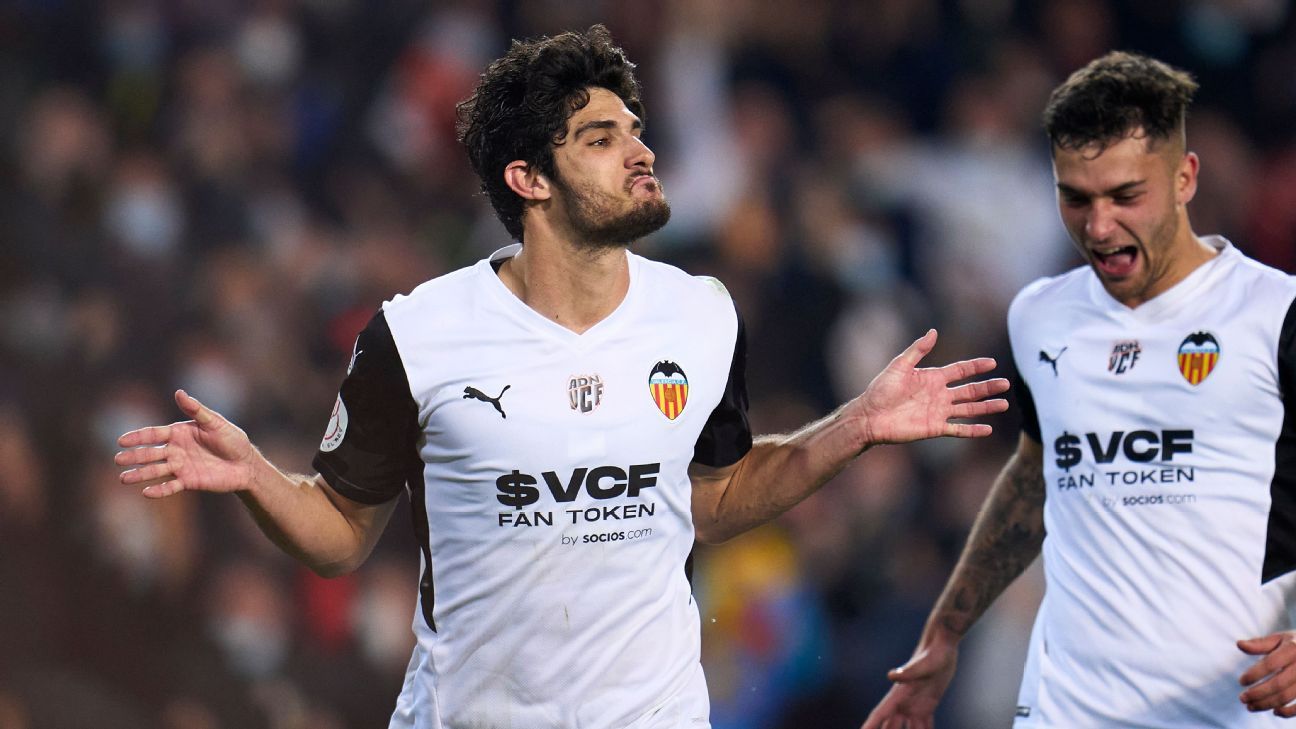 Goncalo Guedes’ superb strike earned Valencia a 1-0 victory over Athletic Bilbao in Wednesday’s Copa del Rey semi-final second leg to take them back to the final three years after claiming the title with a shock victory on Barcelona.

It was no more than Valencia deserved as they dominated the game against a Bilbao side trying to reach the final for the third successive season, having lost the last two to Real Sociedad and Barcelona.

After a 1-1 first-leg draw in Bilbao, Valencia, roared by the crowd in a sold-out Mestalla stadium, created the best chances.

Attacking trio Guedes and Spain forwards Hugo Duro and Bryan Gil were a constant threat to Athletic’s defense but they hit a wall in the form of goalkeeper Julen Agirrezabala, who made a string of crucial saves.

But even an inspired Agirrezabala couldn’t stop Guedes from scoring what turned out to be the winner in the 43rd minute, as the Portuguese winger fired an unstoppable shot from 30 yards into the net after a corner kick.

“I saw the opportunity and took it. It was an incredible goal,” Guedes told reporters. “It was an amazing night, starting with the reception we had outside the stadium, there were thousands of fans, they deserve it more than anything. This is for them.”

Valencia will face the winners of the other semi-final between Real Betis and Rayo Vallecano on Thursday. Betis lead 2-1 since the first leg in Madrid.

Football Player of the Year 2021