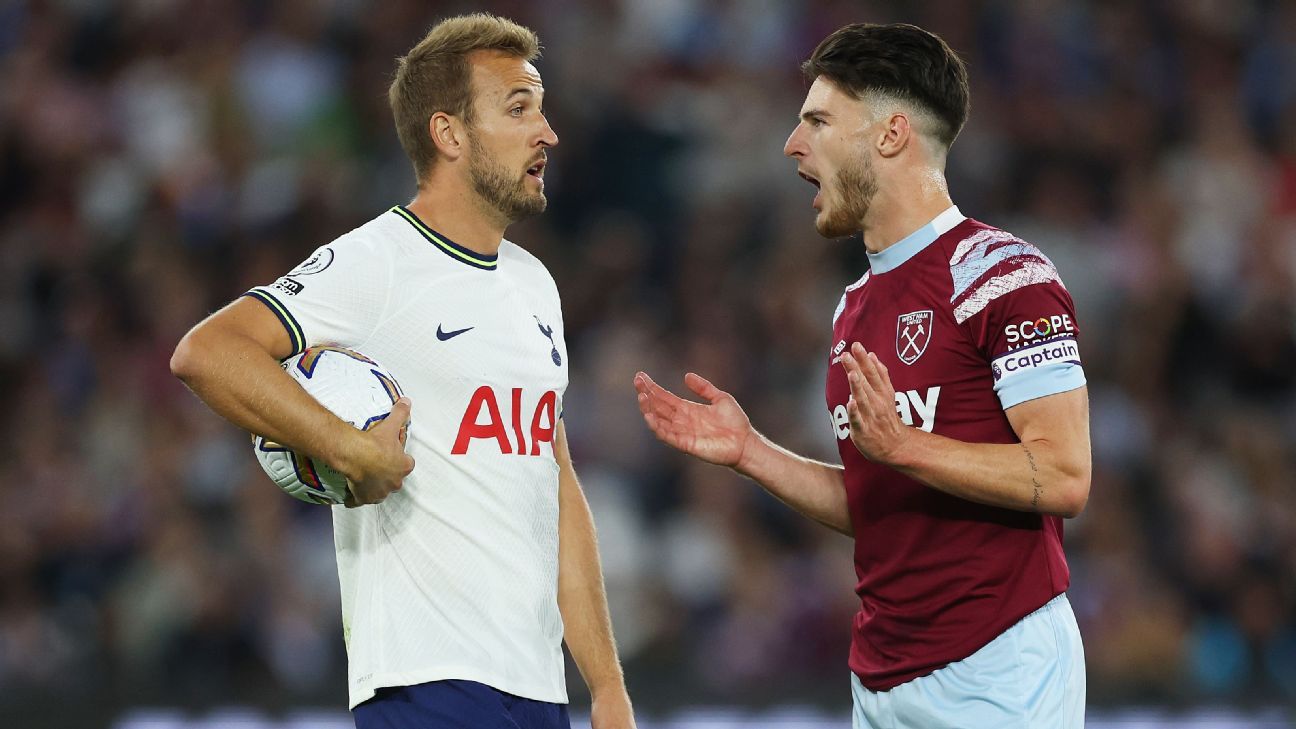 Tottenham Hotspur remained unbeaten in the Premier League but again looked unconvincing as they drew 1-1 with London rivals West Ham United on Wednesday.

Antonio Conte’s side were leading at half-time with an own goal from Thilo Kehrer but Tomas Soucek earned West Ham United a deserved point with a 55th-minute equalizer.

West Ham finished the strongest team and might even have won late, but a draw was probably a fair result.

Tottenham have enjoyed an impressive start to the campaign despite failing to kick into top gear and sit third with 11 points from five games. West Ham have four points.

“I think maybe we deserved a little more than a draw, but in the end they also had a chance to score and we would lose the game,” Tottenham manager Antonio Conte said.

“It’s not easy to play against West Ham, a physical and strong team. They play long ball and you have to be careful, we played well from set pieces, moved the ball well and created scoring chances .

“We can do a lot better because I always like to tell my players the details of the final result. Instead of winning, we have to talk about the draw.”

After a lengthy VAR check, Bankes checked a pitchside monitor and correctly reversed his decision as the ball hit Cresswell’s head before hitting his arm.

Tottenham went ahead in the 34th minute when a counter-attack initiated by Dejan Kulusevski on the right ended with a cross from Kane towards Son Heung-min.

Kehrer had little choice but to slip and could do nothing but push the ball into his own goal.

West Ham looked threatening and Michail Antonio hit the post with a curler from 25 yards after a deft move.

Tottenham had chances in the second half with Son close but they struggled to keep the hosts at bay.

West Ham equalized when Tottenham faded after a throw-in and the ball was worked into the area where Antonio produced a superb graze pass to Soucek who smashed a shot past Tottenham goalkeeper Hugo Lloris.

Tottenham clung on at the end and West Ham’s Jarrod Bowen fired wide from the far post in stoppage time.