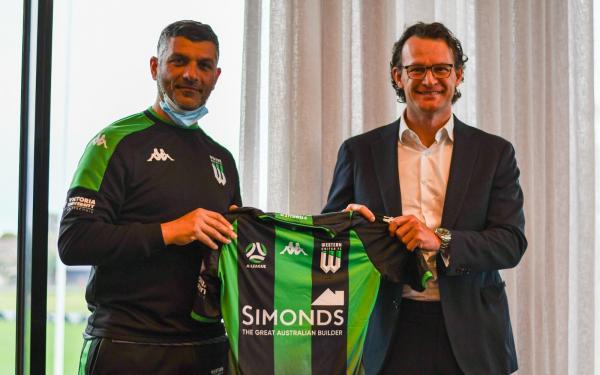 Western United have announced a new partnership with Essendon Football Club which will see United staff and the A League team relocate to the Essendon NEC Hangar in Tullamarine.

United will be based there for the next two years, where they will use the Hangar community oval and some of the new performance and office areas.

â€œBeing able to use the world-class facilities at the Hangar and bringing our team together was a really attractive solution for us as we build our permanent home in Tarneit,â€ he said.

“Our core values â€‹â€‹at Western United are unity, effort and growth and this partnership reflects those values â€‹â€‹in every way.”

Despite the move, the club will remain committed to the existing partnership with the George Cross Football Club.

“We’ve been with George Cross from the start – many fans will fondly remember being here for our first practice match – and we will continue to be there long into the future,” said Pehlivanis.

Essendon general manager Xavier Campbell welcomed Western United and assured fans that while the club will share many of the same training facilities, it will not have a direct impact on the schedule. soccer.

â€œWe welcome Western United as a partner at the NEC Hangar and look forward to a strong partnership between the cross-code organizations in the years to come,â€ said Campbell.

“We expect the partnership over time to provide a range of growth opportunities as our staff and players develop relationships and identify and exploit opportunities for mutual benefit.”

The move will allow Western United Academy teams to play home games at George Cross during the NPL competition.