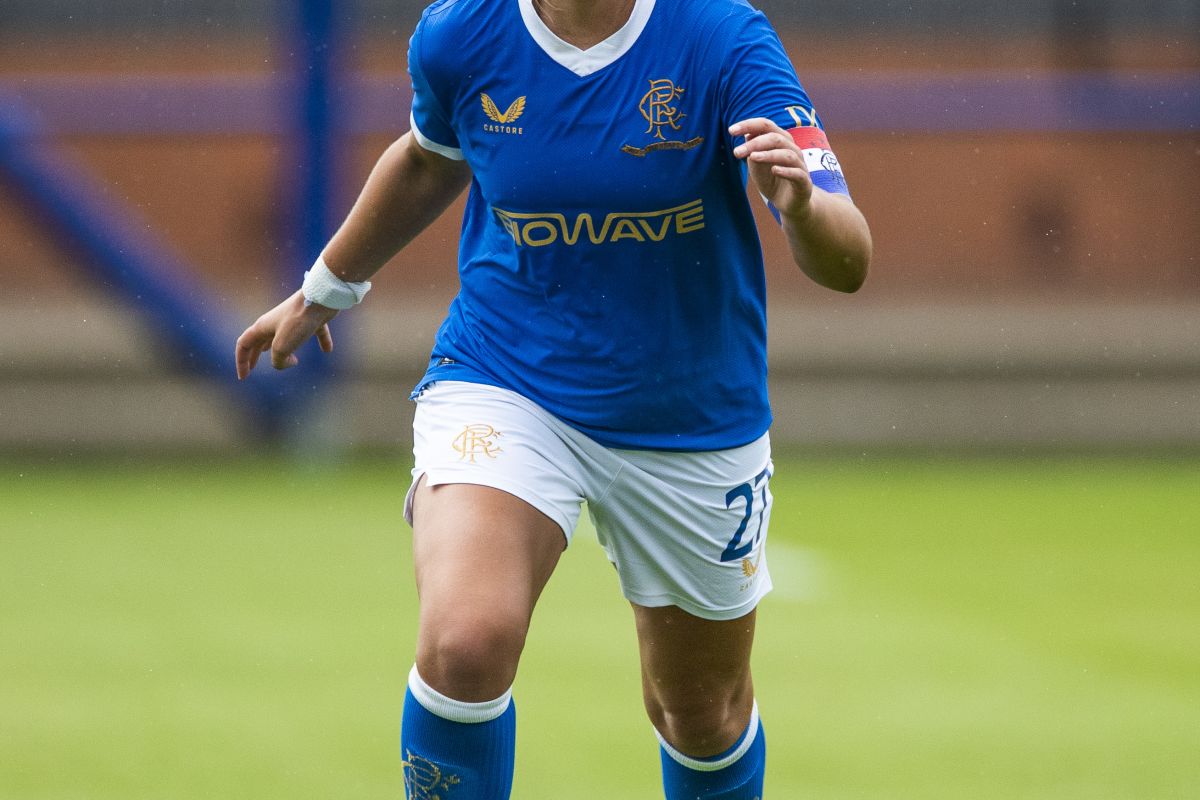 BRIANNA Westrup says experience in the Rangers squad will be vital as they host the Park’s Motor Group SWPL Old Firm derby on Sunday.

The Light Blues were knocked out of the Scottish Cup in their last game before the international break, but the captain said the team analyzed that game as they look to move up the league this weekend.

Addressed exclusively to Rangers TV before the game she said: “They always give us a good test, obviously we just played them quite recently so we will have to move on and analyze the things we can do better on the park and the things that we can neutralize in their team.

“You can look at it both ways and think it’s a quick turnaround to play it back, but on the other hand you can say it’s a really good opportunity to put things in order for all the girls are looking forward to it.

“We have a good range of players of all ages and different backgrounds, so I think it’s good within the squad to keep the positivity high and to have that resilient mindset.

“It’s always a physical game and it depends on who is clinical on the day – tactics can change from game to game depending on the personnel. I think it’s a game you have to be ready to put on. implement physical performance, it’s always a good battle and there’s quality on both sides of the ball, so you have to be able to solve problems in the game.”

With a number of players returning from injury in recent weeks, Westrup says the whole squad will be essential as they head into another busy fixture period.

She continued: “It’s hugely positive and it helps in terms of spreading minutes when you need it or if someone lands a problem in a match, so it’s good to have more experience.

“That’s the key to the season, we have a lot of games and unplanned rescheduled games that are going to happen in the middle of the week, so it will be good for the team as a whole. Everyone is going to have to weigh their weight at a different time.

Get your tickets for Sunday’s Old Firm derby HERE.