LeQuint Allen pauses on the sidelines 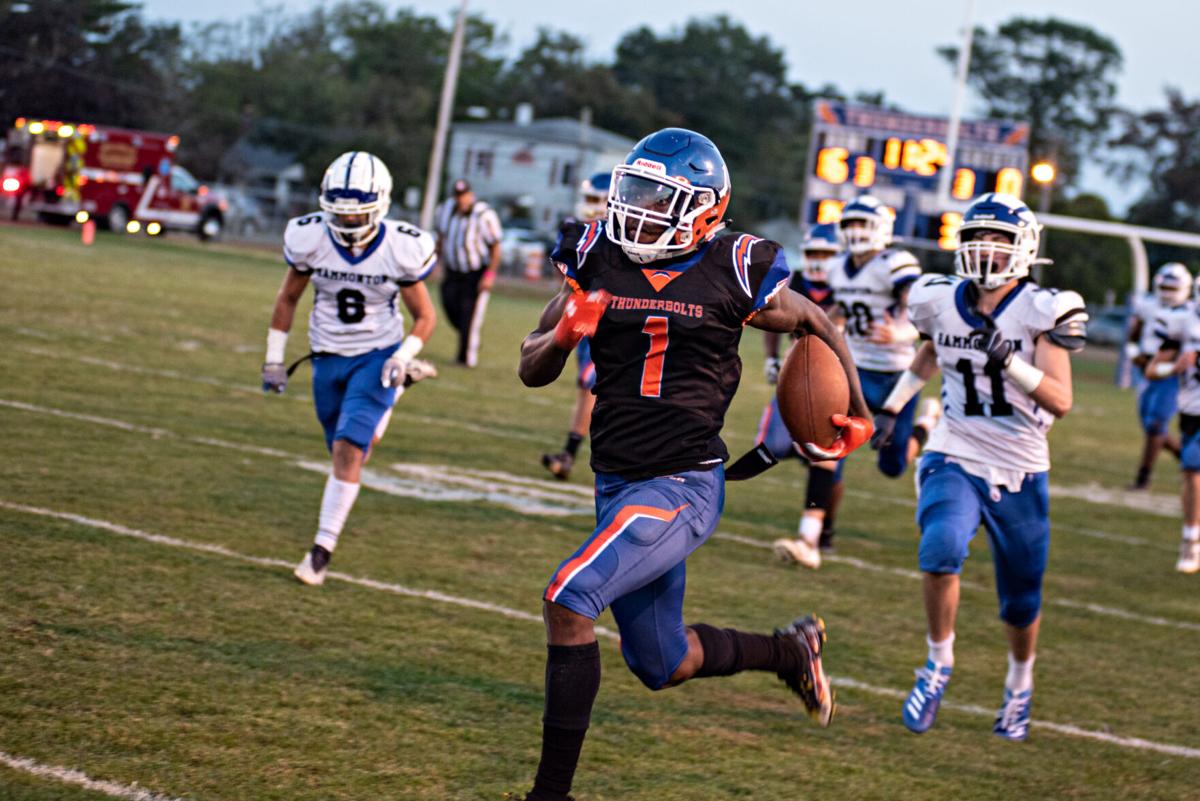 Millville’s LeQuint Allen is heading for a touchdown with Hammonton defenders chasing him in a game at Wheaton Field.

Cedar Creek players Khamir Cooper-Brown (51) and Alim Parks (11) give head coach James Melody an ice-water bath after the team’s 30-13 win over Delsea Regional in the for South Jersey’s Group III title at Egg Harbor City on Saturday. This was the third section title of the program. 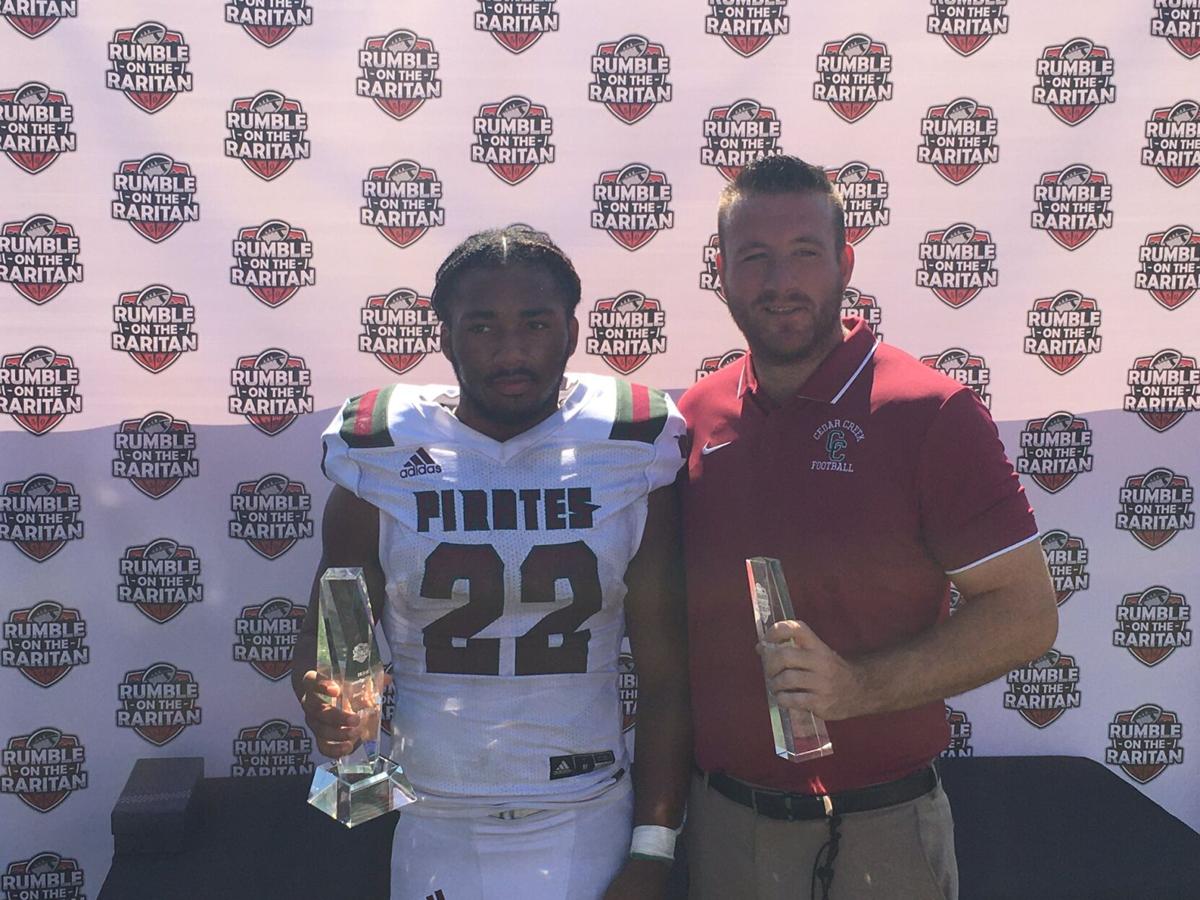 Ja’Quan Howard (# 22) and Cedar Creek coach James Melody after the Pirates’ victory at Rumble on the Raritan. Howard holds the MVP trophy and Melody has the trophy presented to the winning team.

The celebration is on for the Cedar Creek High School football team following their thrilling 35-34 victory over Woodrow Wilson on Saturday night at SHI Stadium in Piscataway.

“He’s leaving us in a few weeks,” Thomas said.

Allen will graduate from Millville this month and travel to Syracuse University to play college football on an NCAA Division I scholarship. The running back / linebacker leaves a legacy few Thunderbolts in illustrious school football history can match.

The 6-foot, 180-pound Allen led Millville (12-1) to the South Jersey and South / Central Group IV regional titles. He ran 224 times for 1,905 yards and 22 touchdowns. He also caught 22 passes for 305 yards and four touchdowns. In defense, he made 121 tackles, seven for losses and intercepted five assists. Allen is the Press Player of the Year.

Allen’s season has been filled with remarkable performances. He ran for 308 yards and scored six touchdowns in a 49-39 regular season victory over Shawnee.

Allen made the play on the defense that turned South Jersey’s Group IV final against Ocean City in Millville’s favor. With the Thunderbolts leading 13-3 in the third quarter and Ocean City leading, Allen knocked out a blocker, sacked the quarterback and forced a fumble. The Thunderbolts dominated from that point on, winning 40-3.